Get to know the second highest peak in Hungary: Pezsgő-kő

Since 2003, 11 December is celebrated as the International Mountain Day. This day provides an occasion to celebrate the importance of nature’s tallest formations and to highlight our responsibility in protecting our environment. In honour of this day, Femina collected interesting pieces of information on Hungary’s second highest peak: Pezsgő-kő (Champagne-Stone).

8 Hungarian places to visit in winter

The ten highest peaks in Hungary are all located in the Northern Mountain Range in Mátra and Bükk. The first four highest mountaintops are all situated in Mátra, while the remaining six are found in Bükk. This shows why even though Mátra is taller, the average height of the peaks is still higher in Bükk.

Despite the fact that Pezsgő-kő with its 971 metres is one of the highest mountain tops in Mátra, and it is the second highest peak in the whole country, people rarely know about it. Many Hungarians would not be able to point it out on a map. Most people are familiar with Hungary’s highest peak Kékestető (1014 metres) but the other mountain tops are not that famous. Interestingly, Pezsgő-kő is not so popular among tourists. However, nice hiking trails go to the top and the peak offers an amazing view from the top of the mountain. 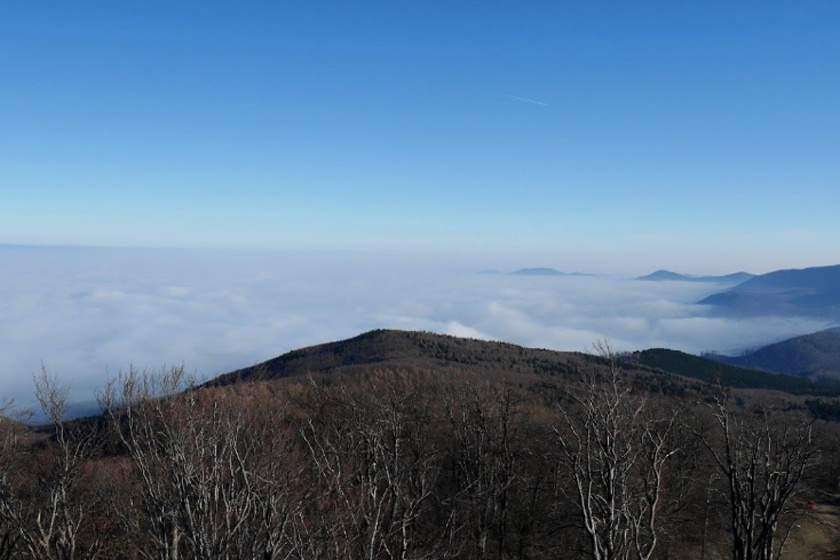 Pezsgő-kő is located North-West of Mátraháza, near the Csóri-rét reservoir. If you would like to check Pezsgő-kő out, you can approach it starting from the Mátraháza Sanatorium, going East following the hiking trails in the forest.

Back in the day, people even came to Pezsgő-kő to cross-country-ski, as there were 3-8-km-long pistes around here.

Mountains and mountain tops are ideal for a quiet winter hike if you are not scared off by the colder weather. You can also try the several skiing destinations of Hungary which are (obviously) also tend to be found on mountains.