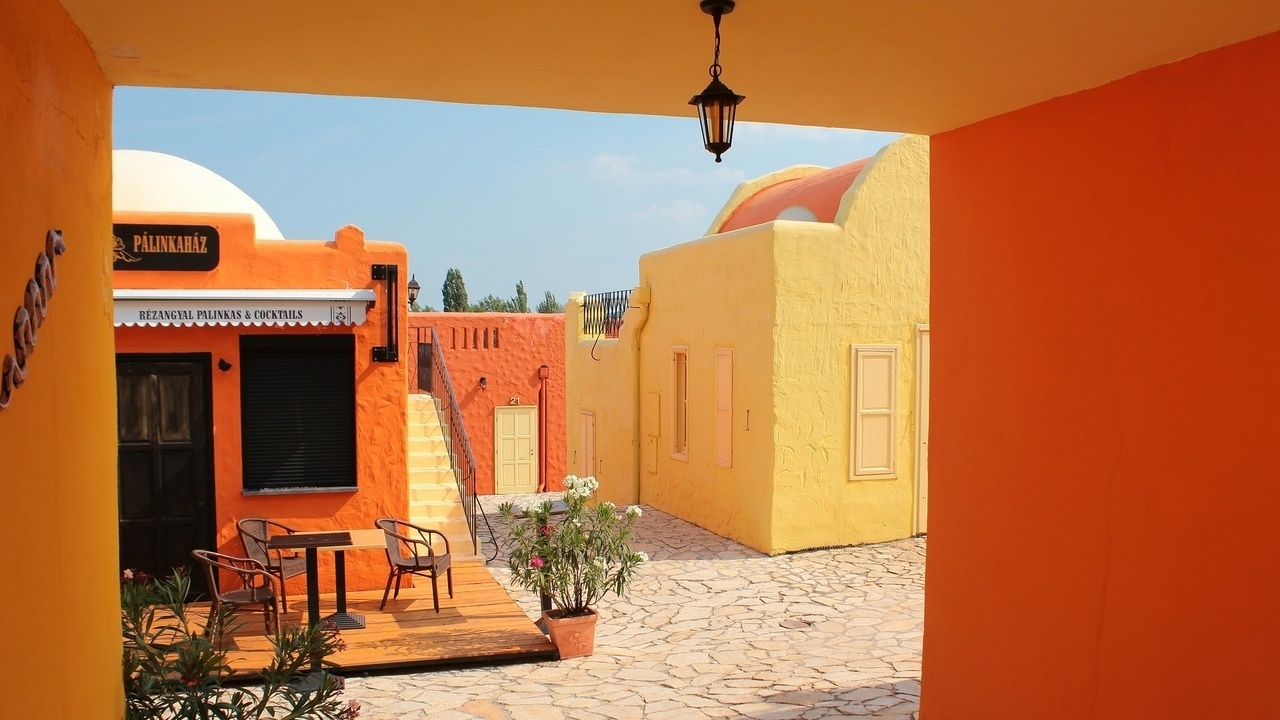 The district in Balatonfüred where the Greek village was built got a new category, which changes the village’s purpose and how it can be used.

The district was put into a new category; therefore, 50% of the area will become a small-town residential area, and 50% will become a public park. – writes epiteszforum.hu. Currently, 30% of the place can be used for construction, which will drop to 10%. This shortage, however, does not exclude the opportunity to add buildings for housing.

Buildings would also be constructed in the area, creating a total of 90 housing facilities.

However, tearing down the existing buildings is a complicated matter. The city council owns 41% of a building with many apartments, but there are 80 owners in total. In order to make changes, and be able to deconstruct the unwanted buildings, all of the owners have to agree. Owners of the entertainment centre are willing to reach an agreement, but bringing the negotiations to a positive outcome with the other owners and residents might be more demanding.

The most beautiful Art Noveau buildings in Hungary – PHOTOS!

The Greek village is called the disgrace of the city.

Balatonfured.hu, the city’s official website, writes that the Greek village is architecturally unacceptable, and it does not serve the purpose of why it was originally built. The four hectares area is like a ghost town for most of the year.

Construction started in 1993, and the site was unfinished for years. Then the original purpose and how the venue can be used was reconsidered, as it did not meet the original expectations. The area first became Annagora Park, then Sundance Park, and later SunCity. The new aim was to organise parties and provide accommodation in the Greek village, but this has been causing conflict in the city for the past few years.

Epiteszforum.hu quoted from a local journalist’s opinion piece: “ Let’s be honest: people simply don’t want it. Neither strangers nor locals. It is foreign to us. We don’t know what to do with it. The style is not ours. This could be called provincialism, but this is what the story of the Greek village has justified so far.”