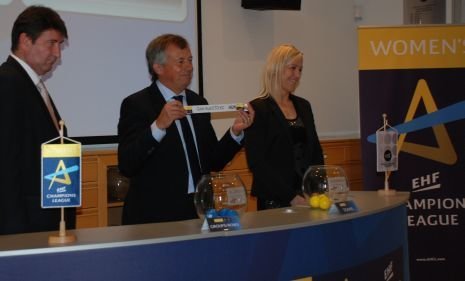 The top eight teams of the Women’s EHF Champions League have learnt their fate in the main round as the draw at the EHF Office in Vienna defined both groups, eurohandball.com reports.

Tuesday’s draw at the EHF Office in Vienna defined both main round quartets. The first round of the next stage is scheduled for 1/2 February, the last for 15/16 March. Only two best teams of each group will qualify for the semi-finals.

Four current or former winners of the Women’s EHF Champions League will play in the same main round group as the reigning champions of the European top flight, Györi Audi ETO KC, have been drawn to Group 2 alongside the 2012 winners Buducnost, the 2011 trophy holders Larvik HK and RK Krim Mercator, who dominated already twice in the competition (2001 and 2003).