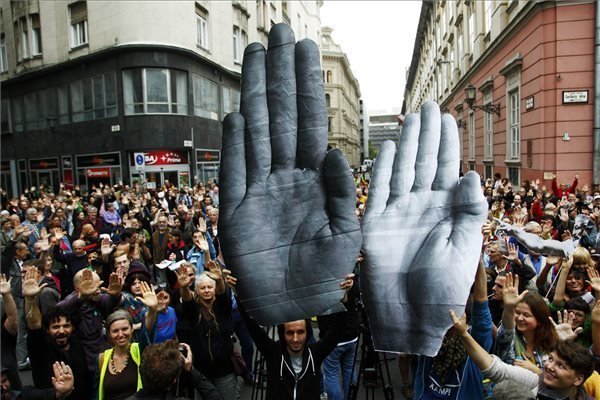 Speaking at the demonstration organised by the non-governmental Human Platform, activist Marton Gulyas said the recent crackdown on independent civil organisations is “an indirect assault” on all Hungarian citizens. “Our enemy is not the government and not the prime minister, but indifference and apathy,” Gulyas said.

The activist called it unacceptable that the government should “order police” against civil groups to seize documents it could not obtain in lawful ways. “The government must be forced to stop that,” he insisted. 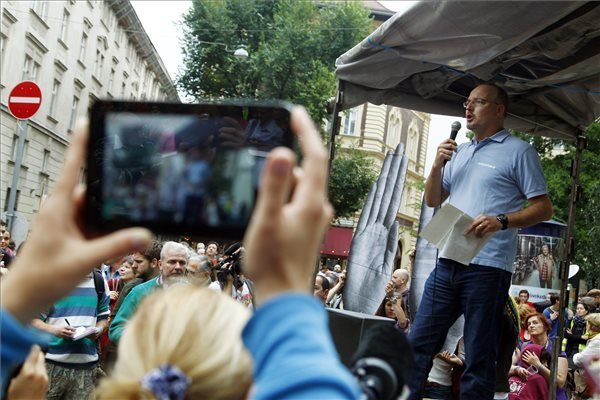 Participants held up open palms cut out of cardboard to symbolise “no to government attacks” against civil society.

On Monday, police searched the Budapest offices of Okotars and DemNet foundations under suspicion of embezzlement and unauthorised financial activities. These two foundations are members of a consortium that carries out the distribution of Norway Grants in Hungary.