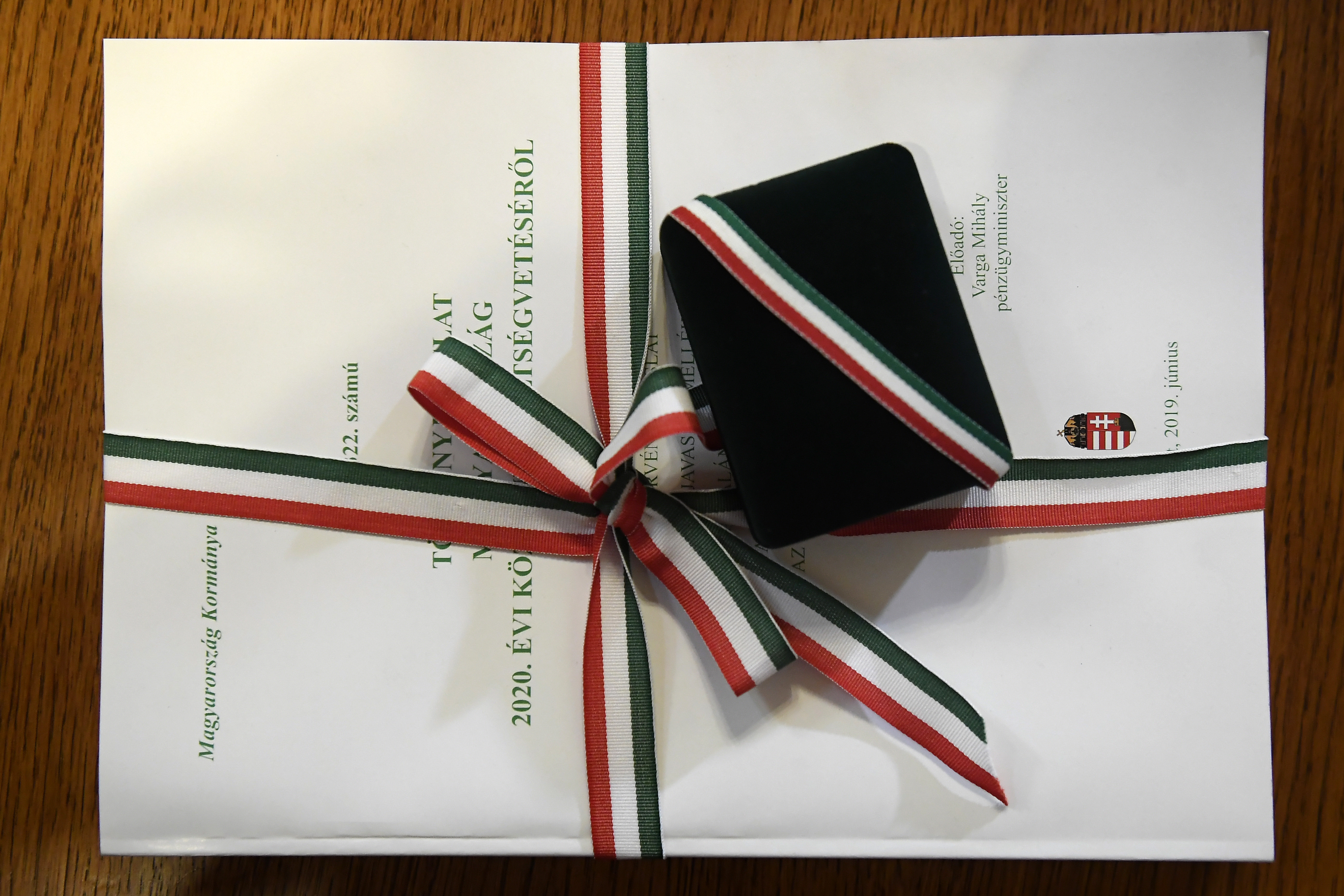 Before presenting the document to Speaker of Parliament László Kövér, the minister said the bill is designed to support families with a focus on implementing the government’s family protection action plan.

Next year’s budget targets annual economic growth of 4 percent and a budget deficit of 1 percent of GDP, he said. The public debt is seen dropping to 65.5 percent of GDP by the end of the year and inflation is targeted at 2.8 percent, according to the figures released on Parliament’s website.

He said the government had once again drafted a balanced budget.

Meanwhile, Kövér confirmed that lawmakers will vote on the budget on July 12.

The 2020 budget bill submitted to lawmakers targets a narrower deficit and more than doubles the size of reserves from this year.

The bill sets aside 488 billion forints in reserves, including 378 billion in the National Protection Fund and 110 billion for “extraordinary government measures”, more than double the total of 225 billion of reserves in the 2019 budget.

The Prime Minister’s Office and its related institutions will altogether get 752.4 billion forints. The budget chapter on the office targets over 46.5 billion forints in revenues.

Parliament will have a budget of 37 billion forints.

The allocation in the chapter for a capital raise in the project company for the upgrade of the Paks nuclear power plant is 77 billion forints.

Government spending on sports and leisure activities is pencilled in at 228 billion forints.

Meanwhile, Kövér confirmed that lawmakers will vote on the budget on July 12.