development Hungarian economy Hungary money
Hungary’s industrial output went up by an annual 2.6 percent in November, rising again after two straight months of decline, a first reading of data released by the Central Statistical Office (KSH) on Friday shows.
Output of the automotive sector, which has the biggest weight in manufacturing in Hungary, fell “considerably” as companies scaled back production because of the global chip shortage, KSH said. Output of the computer, electronics and optical equipment segment “declined by a smaller rate”, while

output of “most manufacturing branches”, including the food, drink and tobacco segment, “grew significantly”,

it added.
Adjusted for the number of workdays, output rose by 2.1 percent. In a month-on-month comparison, output increased by a seasonally- and workday-adjusted 2.9 percent. For the period January-November, output rose by an annual 9.9 percent, KSH said.
Takarékbank chief analyst Gergely Suppán said industrial output might have risen 9-12 percent were it not for the chip shortage which has dragged output back under pre-crisis levels. He said full-year industrial output could grow by 10 percent in 2022 and 5-6 percent next year on base effects and new capacities starting up.

ING Bank senior analyst Péter Virovácz said that while Hungary’s two most important manufacturing segments – automotive and computer, electronics and optical equipment – are still struggling with shortages, their poor performance seem to have been offset by a combination of other branches of the manufacturing sector, which

Meanwhile, retail sales in Hungary rose by an annual 3.8 percent in November, the Central Statistical Office (KSH) said on Friday. The increase slowed from 5.7 percent in the previous month.
Adjusted for calendar year effects, retail sales also rose by 3.8 percent. Adjusted food sales increased by 2.1 percent and non-food sales were up by 4.9 percent. 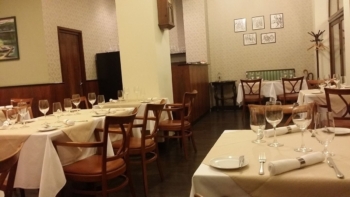