Hungarian pro-family ads feature one of the best-known memes 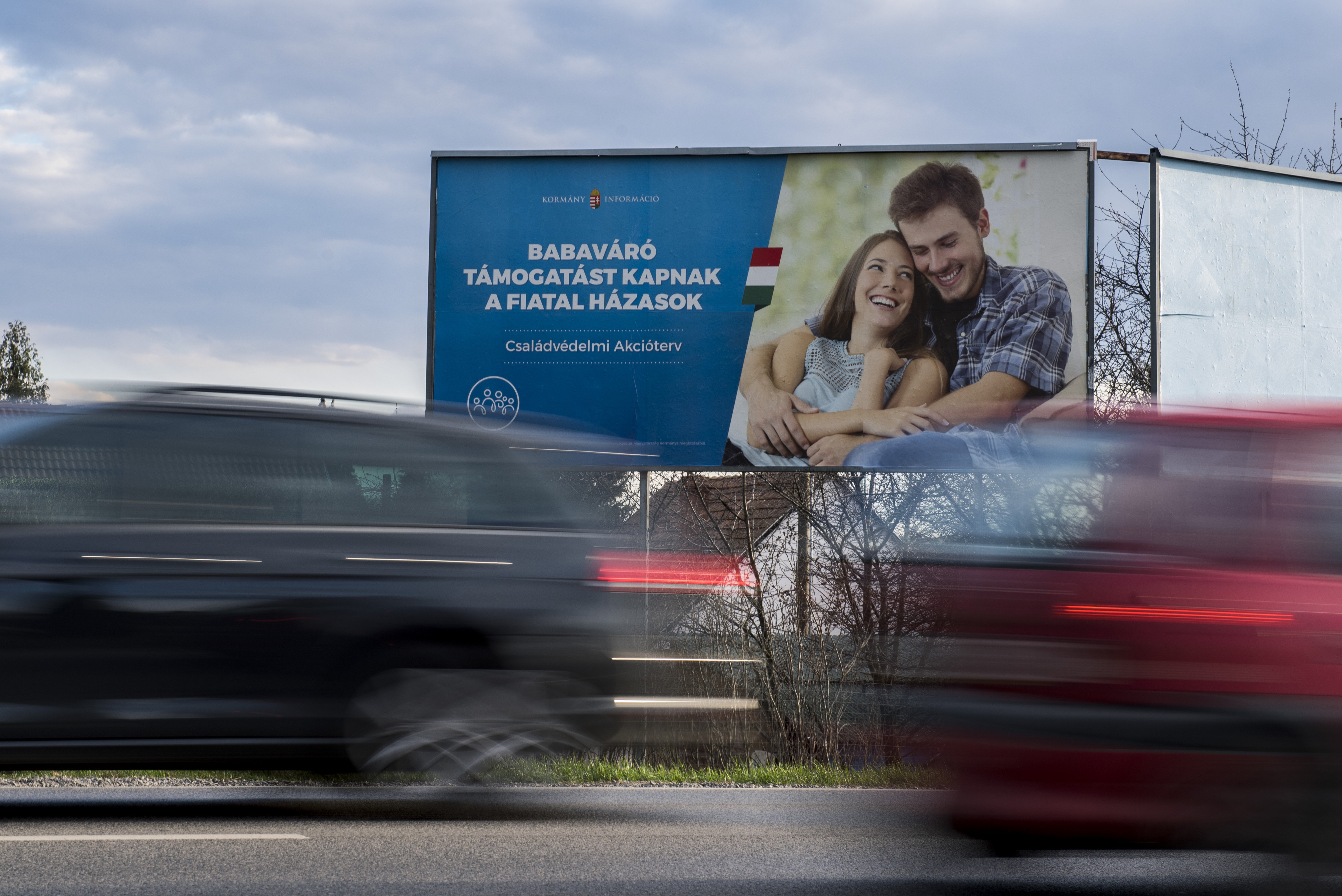 After the government removed the anti-migration and anti-Soros posters from Budapest, a new series of ads appeared, promoting Hungary’s new family policies. However, it features a low-cost stock image with the internet’s most popular dysfunctional couple.

Not only the locals of Budapest are amused by the new family pro-family ads that have popped up in Budapest, but international news sites too, like the BBC.

The poster promoting a new family protection plan (tax breaks for mothers with at least four children), uses a stock image that is part of a series in which the ‘distracted boyfriend’ and his shocked partner appear. Budapest locals quickly noticed this and this news spread like wildfire on the internet.

The ‘distracted boyfriend’ is a meme used widely online, where three figures are featured: a woman walking by, and a couple, but the boyfriend is checking out the other woman, while his girlfriend looks on shocked. A text is written over the figures, joking about practically anything that you can think about: disloyalty, hypocrisy, indecision, TV-series, rows about where to have dinner.

The text on the lower photo reads: “emigrating to London”

BBC writes that both images are part of a series shot by photographer Antonio Guillem. The images are available on Shutterstock at a low price.

The billboards featuring the unlucky couple were put up in the place of anti-migration posters, which sparked anger within the EU.

As we previously wrote, the posters featured European Commission President Jean-Claude Juncker and billionaire philanthropist George Soros, and a text accusing them of promoting illegal migration and of giving money to illegal migrants. 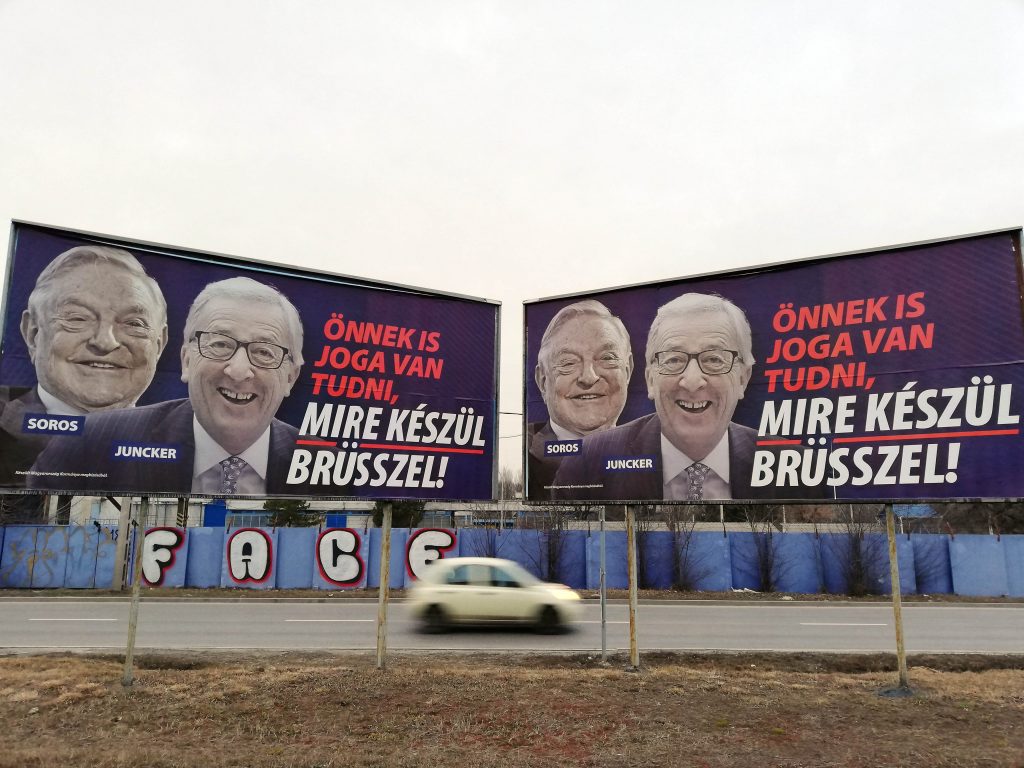 The posters were just the cherry on the cake. Orbán’s anti-EU rhetoric was already problematic, but with such propaganda, his party, Fidesz, was almost kicked out of the European People’s Party. Juncker is a senior member of this party, which is the biggest group in European politics.

BBC further explains that the posters were papered over or taken down because the leader of the EPP, Manfred Weber, was visiting Budapest on Tuesday. On empty spaces where the new poster was not put up, anti-government graffiti can be seen.