The Ring–theme is not just about the Ring cycle itself. It also presents the precursors and impact of Wagner’s genius. Featured will be dramatic works – some staged, some concert-format – by Bach, Gluck, Weber, Beethoven, Schubert, Spontini, Lortzing, Marschner, Humperdinck, Wolf, Korngold and Richard Strauss: a sort of spiritual Valhalla of pan-Germanic culture.

As the audience has already come to expect, we will be premiering several works that have never been performed at the Opera, or anywhere in Hungary for that matter. These include the new experience of Hindemith’s two works – Sancta Susanna and The Long Christmas Dinner – to be featured in the GermanLateNight programme. Rossini’s comic opera L’italiana in Algeri, Bach’s Secular Cantatas and Offenbach’s Die Rheinnixen have likewise never been shown here.

In the spirit of updating the repertoire, some works that haven’t been seen for a long time will also be freshened up. These include Gershwin’s masterpiece Porgy and Bess, in a new production by András Almási-Tóth, and Verdi’s Un ballo in maschera, being staged by the young Italian director Fabio Ceresa. Children will get to enjoy the new Hänsel und Gretel being produced by another young international director: Rafael R. Villalobos. Reaching its conclusion with the completion of Götterdämmerung, the final work of Wagner’s gigantic tetralogy, will be Géza M. Tóth’s labour of four years. This also allows us to present the audience with the experience of the entire Ring cycle in the autumn of 2018. 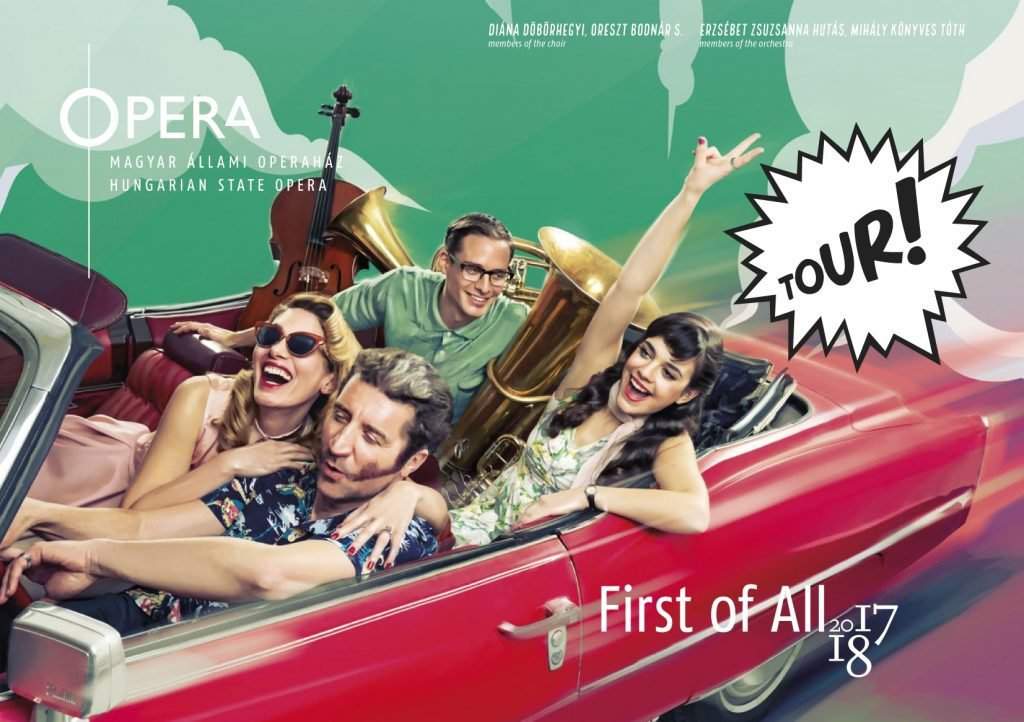 At any given time while the Opera House is being renovated, a portion of the company will be on the road. The Hungarian National Ballet will at last get to captivate the Müpa Budapest audience, among others, with its contemporary dance works. The Béla Bartók National Concert Hall will also be hosting opera, with concert-format performances of three large-scale works: Otello, Die Frau ohne Schatten and Turandot.

We would never be able to journey so far – in such numbers, with this much luggage – except when the Opera House is closed. With the Carpathian Homeland Opera Tour, we will be bringing our national opera Hunyadi László and Ronald Hynd’s ballet The Merry Widow, premiered at the Erkel Theatre a few years back, all over the lands of historical Hungary. We’ll also put on a stylish Salome in Jordan and pack an entire arsenal of ballets and operas for the enjoyment of the Estonian audience. Two classics – Lucia di Lammermoor and Die Fledermaus – have been invited to visit Japan, accompanied by Edit Gruberová. Our orchestra will also be giving symphonic concerts in different Japanese cities, in addition to accompanying Anna Netrebko at Berlin’s Waldbühne and heading off on a trip around the world with Plácido Domingo’s touring Aida.

We organise many of the season’s events around one anniversary or another. We will pay tribute to the 500th anniversary of the Reformation in autumn 2017 with concert-format performances of Verdi’s Requiem and Stiffelio, as well as a new production of a work that has not played in Hungary for a long time: Meyerbeer’s Les Huguenots, staged by János Szikora. On 24 May 2018, both the company and the audience will once again take possession of the Opera House with a four-day Bluebeard100 Mini-Festival, with a different production of Bartók’s one-act presented each day (including the original Miklós Bánffy version and a new one by Kasper Holten), each paired with a different work by Péter Eötvös, Iván Madarász or Gergely Vajda.

For more information on special programmes, international stars appearing at the Opera, and the restoration and modernisation of the Budapest Opera House please consult the season preview brochure below.