There is a saying that “Hungarians can be found everywhere in the world”. Well, there are about 5 million Hungarians living all around the world in diasporas. Let us see where Cleveland ranks among these places.

Of course, there are many Hungarians living just outside the borders, in today’s Romania, Slovakia, Serbia and Ukraine, just to mention the countries with the largest Hungarian population. We also know that many have migrated to Western European countries, like the UK, Germany or France. While this may not come as a surprise to many of our readers, the largest number of Hungarians outside the Carpathian Basin can be found in the United States of America. The USA has roughly 1.4 million Hungarians living in different areas.

And the cities with the biggest Hungarian population are New York, New Brunswick and Cleveland.

The ‘new world’ was a top destination for emigrating Hungarians from the 1800s onward. Most Hungarians live in the Northeast of America. On the east coast, New York City and New Brunswick, located in New York and New Jersey respectively, have the largest Hungarian populations. In the Midwest, Cleveland, which for many years was known as the “2nd largest Hungarian city,” has the largest population of Hungarian-Americans. In the West, Los Angeles, California is a major Hungarian hub, as is San Francisco, and the whole bay area (check out our article about the Hungarian Heritage festival in Belmont).

New York might seem easily understandable, but what about Cleveland?

Hungarian immigrants have been arriving in Cleveland in great numbers for both political and economic reasons since the 1880’s. In fact, for many years, Cleveland was considered a significant Hungarian city in its own right because it had a large and very vibrant Hungarian population (Read about current Hungarian exodus here). The immigrants built churches, social halls, established organizations, and Hungarian-language schools. Even today, there are many thousands of Hungarians in Cleveland and, although the Hungarian sections of town no longer exist, many Hungarian-Americans have not forgotten their origins and are not only proud of their heritage, but are also trying to retain and promote their culture and traditions.

In case you ever find yourself in Cleveland, here are some places you should definitely check out.

The Cleveland Hungarian Heritage Society was formed in 1985 and they were the ones who made sure that the Hungarian Heritage Museum would be there to safeguard our history and culture. To this day, the museum is operated entirely by volunteers.

The museum has both permanent and rotating exhibits. At the moment there is an exhibit about Hungarian American contributions to science, mathematics and business. Here you can learn about outstanding research, discoveries and innovations contributed to over four dozen Hungarian-Americans including 5 Nobel Prize winners. The exhibit is open from May 19 until October 31.

The permanent exhibit features Hungarian immigration to the United States from the 1800s and also gives information on the current status of the local Hungarian community and the struggles they face in order to continue embracing their culture and to keep their history alive.

The Cleveland Cultural Gardens came into existence in 1925 as a federation of nationality groups that came together “to foster the spirit of good-will and fellowship among men, to weld harmony among Clevelanders of diverse origin, and to promote good citizenship.” In rapid succession, new gardens were created. It was on March 30, 1934, that an ordinance authorized establishing the Hungarian Cultural Garden, along with Polish, Czech, and Yugoslav gardens. In 1950 a bronze statue of Imre Madách, the philosophical dramatist and author of “The Tragedy of Man,” was dedicated. Dedication of a memorial to another outstanding figure in Hungary’s great literary history took place in 1954, with the presentation to the Hungarian Cultural Garden of a bronze bust of the extraordinary poet, Endre Ady.

They are celebrating their 80th anniversary this year on June 24th, with cakes, a Ferenc Liszt concert and an exhibition showing all the work they have done in the past decades to make the garden even more beautiful. At the beginning of this month there was a wine tasting event with Hungarian and international wines, and of course Chicken Paprikash. All these events support the continuing renovation of the Hungarian Cultural Garden.

From the early to mid-20th century, the Buckeye Road neighbourhood in Cleveland was known as Little Hungary, serving as the historic heart of Cleveland’s Hungarian community, which at one time was the largest in the world outside of Hungary. By the 1920 United States Census, over 42,000 residents in Cleveland listed themselves as having been born in the Kingdom of Hungary, with a large portion of those residing in the Buckeye Road neighbourhood. Community events centred on St. Elizabeth of Hungary Catholic Church at 90th Street and Buckeye Road, the first Hungarian nationality parish anywhere in the United States.

On June 4, 1893, the cornerstone of the first St. Elizabeth’s Roman Catholic Church was laid. This first church provided seating for up to 800 Hungarian immigrants at a single mass. Within a decade, however, it was too small to accommodate the thousands of Roman Catholic Hungarian immigrants arriving in Lower Buckeye. In 1918 constructions began for a larger church that would hold up to 1300 parishioners.

A prominent feature of the Church is its twin bell towers which flank the front of the building, each topped with a brass dome and an internally illuminated cross. The two exterior side walls of the Church are each graced with six large stained glass windows with semicircular arches. The Church has a front entrance consisting of ten wide and deep stone steps that lead up to three large metal front double doors with semicircular arches above them. Each doorway is flanked by stone columns, and above the doors, arches and columns is a decorative triangular pediment. The facade of the building also features a large ornate circular window with carved stone decoration directly above the front doors. 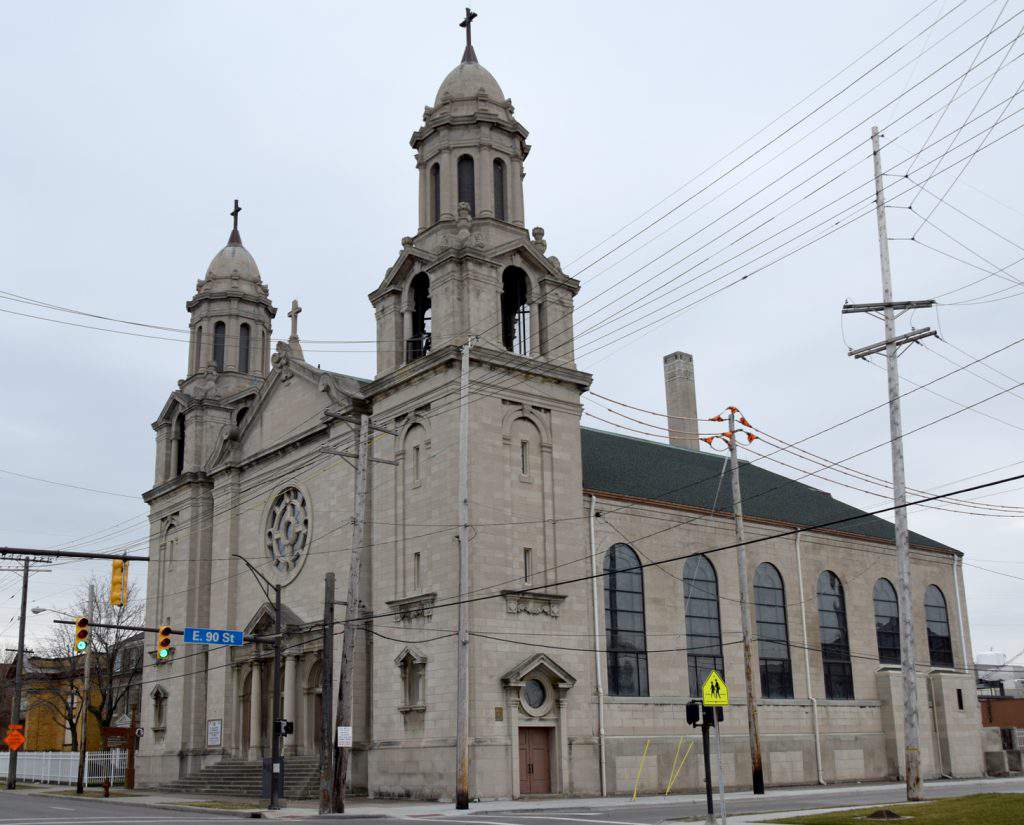 The church now serves as a symbol and reminder of the once thriving and bustling Hungarian-American population that resided in Cleveland’s Buckeye neighbourhood for nearly 100 years.

Budapest economy European Union Fidesz Government History Hungary migration Ministry of Foreign Affairs tourism Viktor Orbán
The mayor of Debrecen has welcomed the government's recent decision to move the…
Budapest's mayor, Gergely Karácsony, has defended his administration's decision to…
It is official: Comic Con is coming to Hungary! The biggest entertainment and comic…
Ema Horvath [caption id="attachment_300718" align="aligncenter" width="750"]
We and our partners use technologies, such as cookies, and collect browsing data to give you the best online experience and to personalise the content and advertising shown to you. I accept
Privacy & Cookies Policy