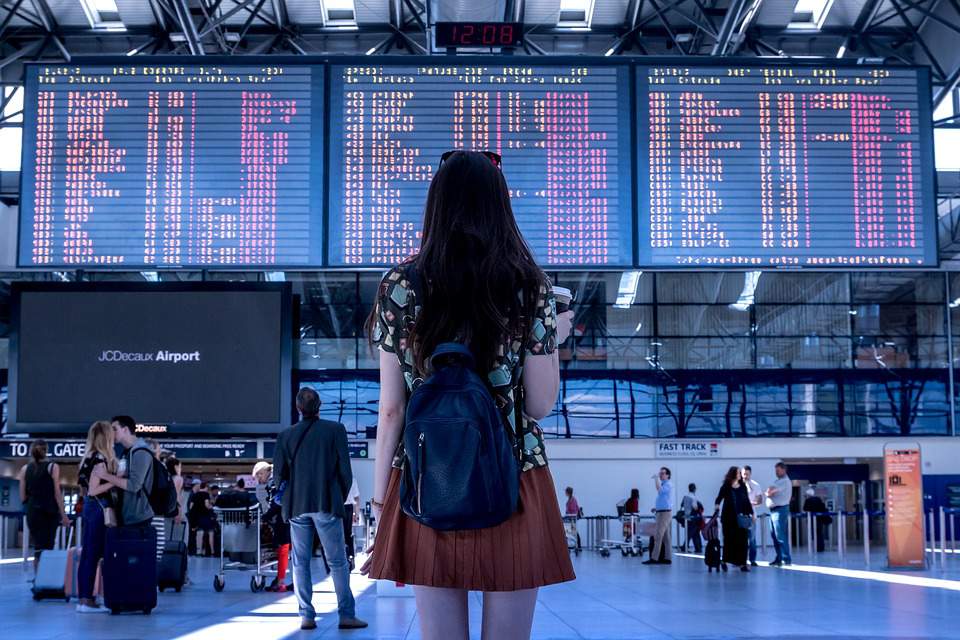 Marian Jakub put on a map the rate of emigrants in different countries and their most common destinations. Of course, it contains some shocking numbers. For example, 43.3 pc of the people born in Bosnia and Herzegovina live abroad. In EU-member Romania’s case, this rate is 17.5% while Hungary is at the bottom of the list with 6%. Since data is based on a 2015 UN report the rates can be even higher currently. Exodus causes serious problems in these countries, most importantly lack of workforce and demographic decline.

Exodus is a trend but losing population is a real threat

As we already reported, millions of Central-Europeans already left or plan to leave their home country to work and live abroad. The reasons are simple: higher salaries, better working environment and escaping from the corruption of the local political and economic elite. Furthermore, these emigrants are mostly qualified, hard-working and young or middle-aged professionals. As a result,

the whole region struggles with a labour shortage and population decline.

Marian Jakub published a map showing the current state of immigration in Europe last year based on a 2015 UN study. However, she thought that she could do this vice versa and created two maps showing the number of emigrants and their most common destinations. In fact, the map below shows the number of people born in the given country currently living abroad, as a percentage of the current population. 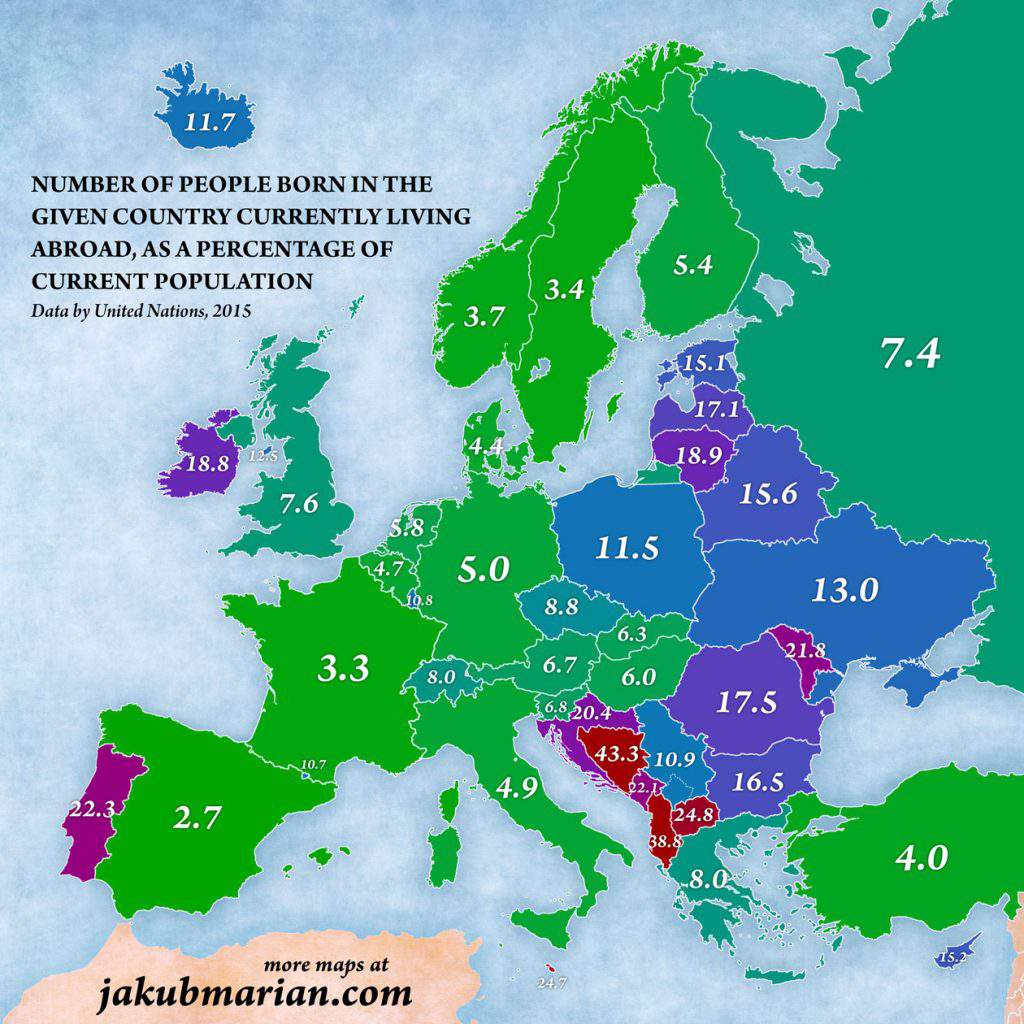 The percentage of the emigrants compare to the population. Source: https://jakubmarian.com/wp-content/uploads/2017/01/emigrants-2015-percentages.jpg

It can be seen that 43.3% of the people born in Bosnia and Herzegovina live currently abroad. This rate is 38.8% in case of Albania, 24.8% in case of Macedonia and 20.4% in Croatia. Thus, it is not surprising that Croatian President Kolinda Grabar Kitarovic said a couple of days before that

her country is in a state of emergency

because “young people are leaving for better salaries and easier life, which makes the already difficult demographic situation even worse.”

The periphery goes to work in the core countries

Romania goes with 17.5% while V4 countries have relatively good numbers from 6.0 pc in case of Hungary to 11.5 pc in case of Poland. In fact, Hungary has the lowest percentage in the region with 6 pc. However, the everyday feeling is the opposite in the country. For example, thousands of jobs cannot be filled in healthcare, transport, confectionary industry or retail sector because of the lack of the capable workforce. Taken into account this fact, the situation must be even worse in the neighbouring countries, especially Bosnia or Albania.

the rates are high even in some older members of the EU:

18.8% in Ireland and 22.3% in Portugal while 11.7% of the people born in Iceland work abroad. For comparison: the corresponding figure for the United States is just 0.9%. Besides, the data above confirms statements on the huge economic differences between the core and periphery of the EU.

In fact, Marian Jakub created another map which shows the destination of the outflow. In this case, of course, it is important to take into consideration national minorities.  For example, most people who work in Russia are not Estonians but members of the local Russian community. 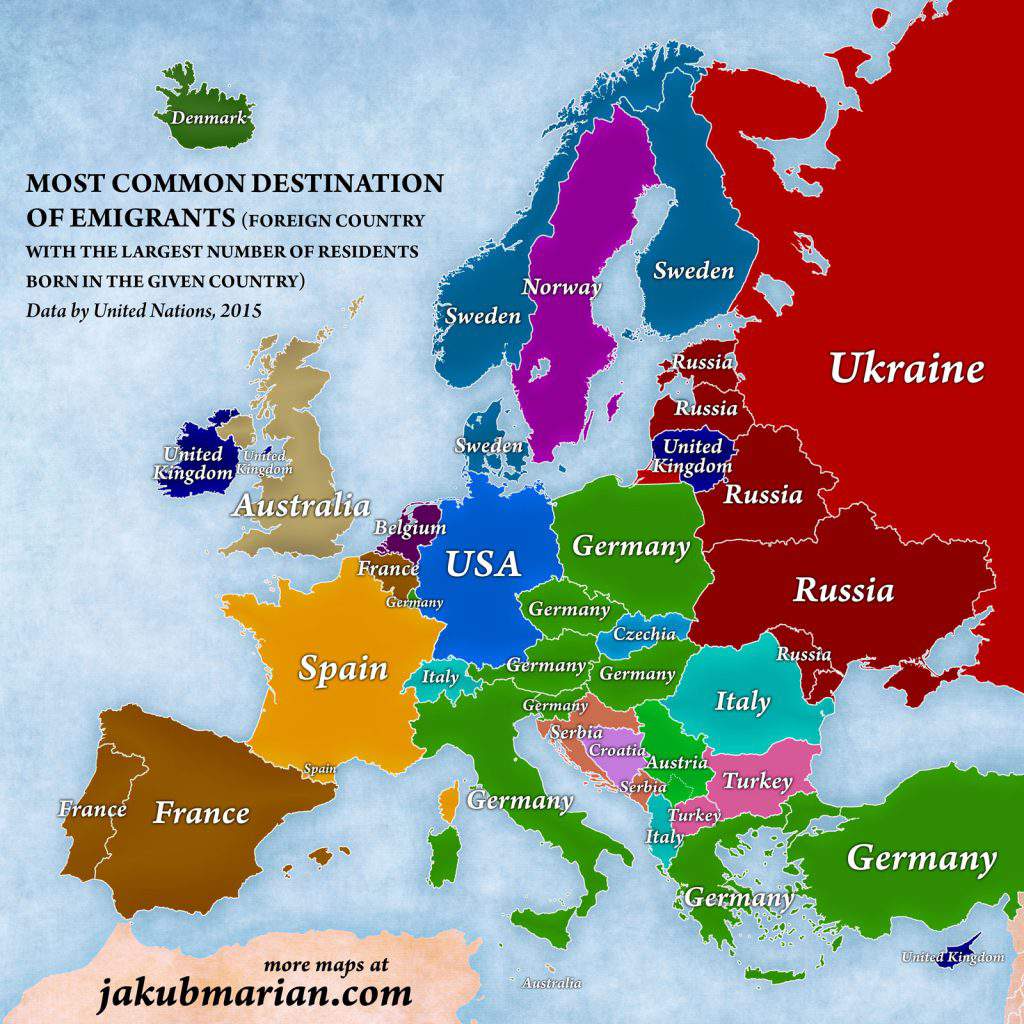 Most common destinations of the emigrants. Source: https://jakubmarian.com/wp-content/uploads/2017/01/emigrants-2015-countries.jpg

According to this, the most popular

target countries for the Central-Europeans are Germany and Austria.

Ethnic Romanians aim Italy because of the similarities between the two languages. In contrast, most ethnic Hungarians living in Romania aim Hungary – and lately Germany, Austria or Great-Britain.