What do Hungarians celebrate on 20 August?

People who come to Hungary from abroad might see that August 20 is a national holiday here. No one works on this day: instead, there is a huge celebration with the hoisting of the national flag on Kossuth Square in Budapest, as well as fascinating fireworks in the night. Catholic believers also attend special masses hosted exclusively for this event. But why exactly is this day special?

The 20th of August has multiple names in Hungary. It is most importantly the State Foundation Day of Hungary. To find out the reason behind this name, we must go back almost a thousand years in history: it was on this day in 1038 that the first Christian king of Hungary, St. Stephen I died, five days after he offered the country for Virgin Mary on his deathbed. He became the first canonized saint in Hungary’s history. He was also the monarch who turned Hungary into a legitimate Christian state after about a century of Paganism, so he can be considered the state-founder of the country.

This day is also a religious holiday as is called St. Stephen’s Day as well. Catholics celebrate the day of the first patron saint of Hungary. That is the reason why masses are hosted all over the country on August 20.

This day also marks the Hungarian Festival of the New Bread. In many locations in Hungary and even in larger Hungarian communities beyond the border (like Transylvania), the blessing or slicing off a loaf of bread are parts of the celebration. 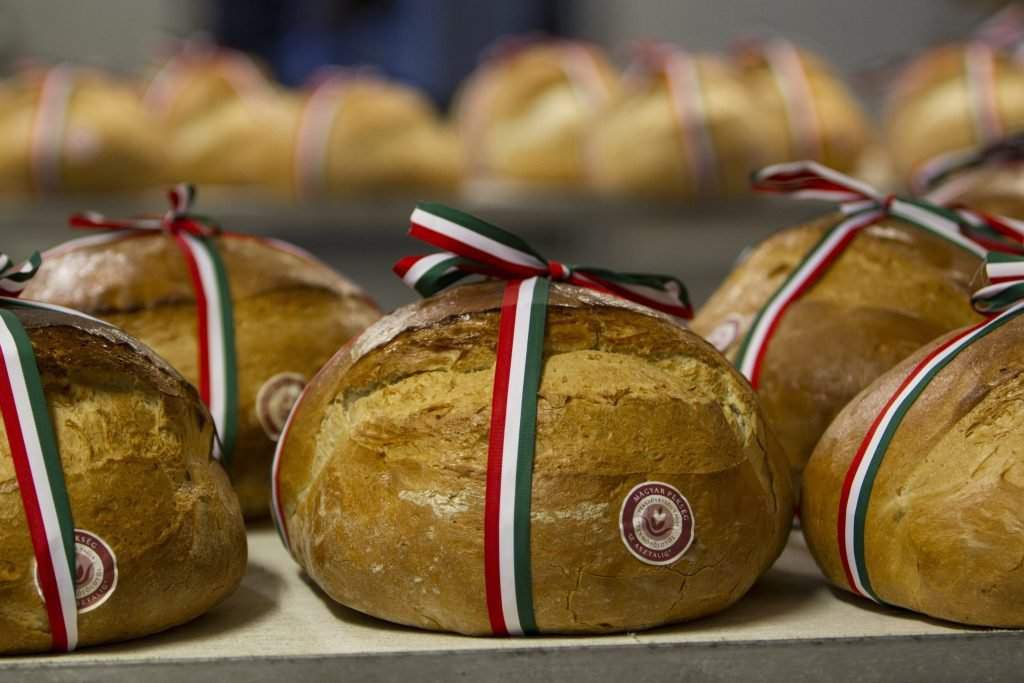 August 20 has been celebrated since 1092: it was the year when another saint king, Ladislaus I declared it a sacred day. Since then, this holiday had quite a billowy history: it was forgotten during the Ottoman occupation of Hungary, then prohibited by Pope Benedict XIV, just to be reintroduced by Maria Theresa in the 18th century. It also lost its religious aspect in the era between 1950-1989. The holiday was restored to its current “form” after the end of communism.

Since then, the official celebration begins with hoisting the Hungarian flag on Kossuth Square. Then the craftsmen’s day is held, where the current year’s Cake of Hungary is carved. Then a procession is held in the honor of the Holy Right Hand (the mummified right hand of St. Stephen I). Many of the state awards are given on this day, like the Order of Saint Stephen of Hungary.

The celebration’s highlight is, of course, the fireworks, which serves as the closure of the events.