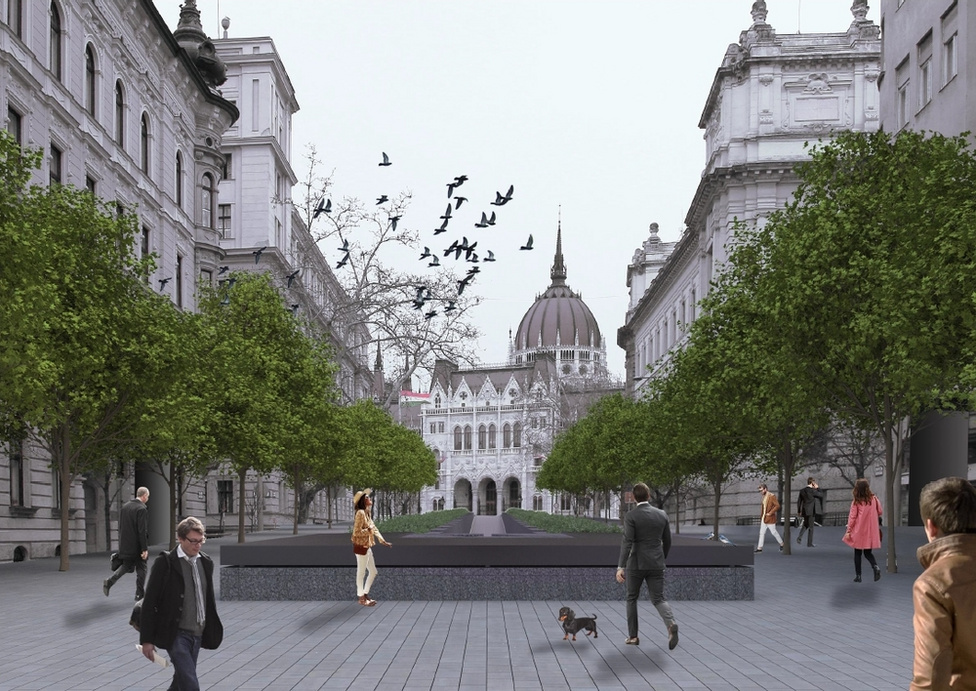 It will be 100 metres long, and it will be placed near Kossuth Square, Budapest. The date set for the inauguration is 31 May 2020.

The first news about the memorial came last year, but now there are already architectural visualisations made public. The memorial will not be a statue but rather an intervention in the landscape architecture of Alkotmány Street connecting Szabadság (Liberty) Square, where the US Embassy in Budapest is, with Kossuth Square, where the Parliament can be found. In fact, the section of Alkotmány Street between the Ministry of Agriculture and the Ministry of Justice is already used as a parking lot; therefore, the memorial will not disturb the traffic of the district – Index reported.

According to the plans, there will be a 100-metre-long, 4-metre-wide ramp with a granite block in its deeper end that can be walked around. The block will be shattered, symbolising the Hungarian nation that was divided by the peace treaty of Trianon in 1920 (and 1/4th of it still lives in the neighbouring countries). In its centre,

there will be an eternal flame.

In fact, the memorial will not rise above street level.

On the two sides of the ramp will be the

names of the 12 thousand towns and villages of the Hungarian Kingdom,

written in three different sizes according to their contemporary importance. The names will be used as they were in the registry of 1913. This means that not only those settlements will be written on them that were taken away by the peace treaty but also those that remained in Hungary. Therefore, it can truly symbolise national cohesion.

The final sequence of the settlements will be generated randomly by a software – Tamás Wachsler, leader of the Steindl Imre Program revealed. He emphasised that they will not put neighbouring settlements next to each other on the wall. Regarding the names, they asked the opinion of the Hungarian Academy of Sciences’ Research Centre for Humanities. The materials used for the building of the memorial will be the same as they used on Kossuth Square before.

Since this section of Alkotmány Street will become part of the traffic-free zone around the Parliament, cars will not be able to park there. Trees will not be removed from the street. Previous plans contained the building of a new underground garage; however, now there is no mention of that.

According to Index, this is the first memorial around Kossuth Square which is not restored as it was before 1945 but rethought instead. In fact, the original memorial of Trianon was on Szabadság Square in the place of the monument of the Soviet liberation of Hungary in WWII. This is how it looked: 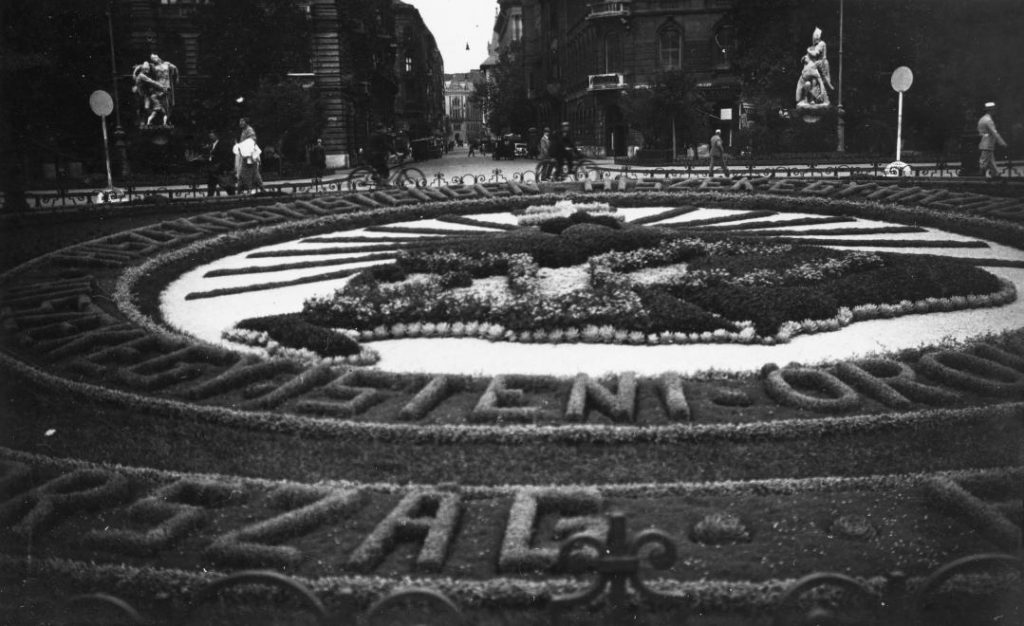 However, the government does not want to remove the Soviet monument even though opposition parties like Jobbik or LMP have demanded it for a long time.

Index says that the new memorial will be a perfect place to do selfies with the name of the settlement one comes from.