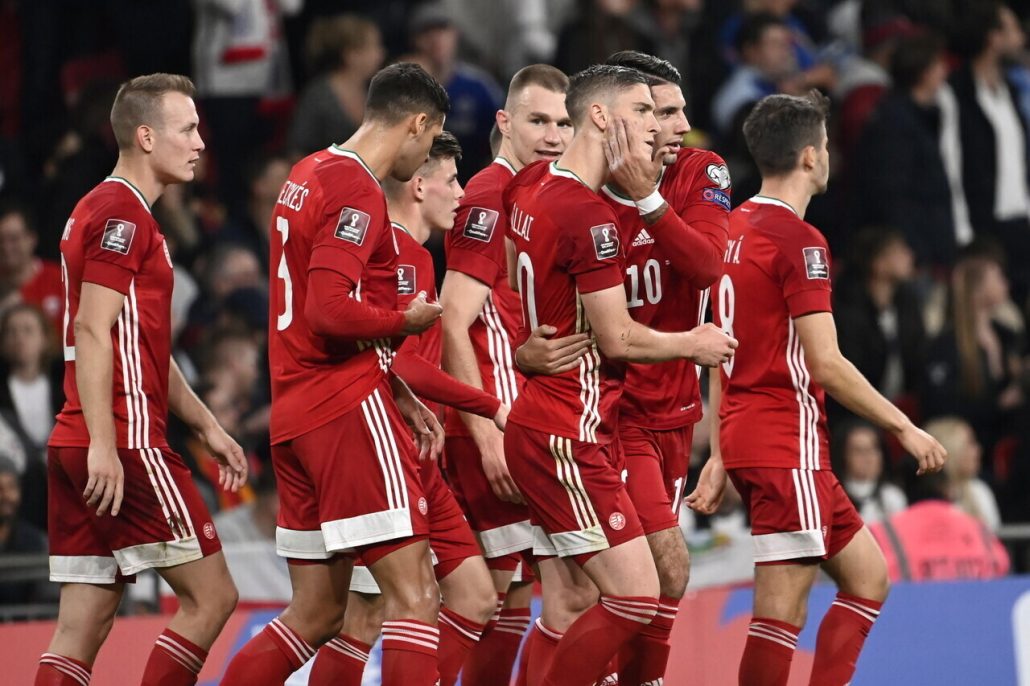 Hungary’s 1-1 draw with England at Wembley Stadium is the best result a Hungary team has achieved against England in living memory. If it had happened at an earlier stage in the tournament, it would be a cause for national celebration. Instead, it’s not a result we can celebrate. The first reason is because of the trouble that Hungarian fans caused in the crowd, which is likely to result in further penalties for the Hungarian FA and the team. The second is that the result was good, but not good enough. Hungary needed a win to stand any chance of automatic qualification for the 2022 World Cup in Qatar. That chance has now disappeared.

When the Hungarian team was drawn in UEFA Group I for the qualification tournament, hopes among football fans in the country were high that the team could achieve a second-place finish and progress to the World Cup. England was always likely to win the group and will almost certainly still do so despite draws against Hungary and Poland. The fight for second place was, in the minds of most fans, likely to be between Hungary and Poland. In some ways, it still is – but it doesn’t look like a fight that Hungary is likely to win. The wheels came off Hungary’s automatic promotion campaign after the embarrassing 1-0 loss away to Albania in early September. The team now finds itself six points adrift of Poland with only two games to play, and Albania four points ahead of them.

It’s still mathematically possible for Hungary to finish in second place, but the mathematics are complicated. The probability certainly isn’t one that you would bet on, but nor would you feel confident putting a bet on Poland or Albania. The various factors in play would make any such bet as random as a wager placed on an online slots game. The mathematics involved in online slots games are famously complicated, but even they might not be as complex as the requirements for Hungary to squeeze through and make it to Qatar. In fact, given the fixtures that lay ahead for all three teams involved in the race for second place, a Hungarian victory in the race might be classed as even more unlikely than hitting a online slots jackpot with your opening bet. If the tone of this sounds bleak, it’s because so is Hungary’s situation.

As it stands, Hungary sits fourth in the table with eleven points from their eight games. Had they beaten Albania as they should have done, they’d have fourteen, and they’d be in a much stronger position. As it is, Albania sits above Hungary with fifteen points, and Poland above them with seventeen. The England team is a further three points away on 20 and out of reach for Hungary. If Poland scores a single point from its remaining two games, Hungary cannot qualify. Three points for Albania from their remaining two games would have the same effect. Hungary needs to win both games and see Poland lose both of theirs to make it to the World Cup. In the meantime, they need Albania to do no better than draw twice. Even then, Hungary and Poland will finish level on seventeen points each – and Hungary has a vastly inferior goal difference at the moment.

The next round of qualifying matches takes place on November 12th. Hungary plays at home to San Marino – a game that the Magyarok should win easily and take the opportunity to boost their goal difference. A 4-0 or 5-0 win in that game would close the gap to their rivals considerably. Albania’s game that day is away against England, and England ought to crush them. If Albania were to lose 3-0 or 4-0 and Hungary could beat San Marino by the same score, it would be a big step toward turning the situation around. The problem lies with Poland. Their game on November 12th is away against Andorra. The Andorran team has scored just six points during the entire qualification tournament, and those points came from wins against San Marino. Every other game has resulted in a loss. If Poland gets at least a draw against Andorra, Hungary can’t qualify.

Let’s assume that a near-miracle happens in Andorra, and Poland get beaten. That would mean qualification would be decided by the final round of fixtures on November 15th. This time it’s Albania’s turn to play Andorra, and Albania are at home. A win for them takes them to eighteen points and eliminates Hungary. If that doesn’t happen, Hungary still needs to secure a win away from home in Poland. When the two teams met in Budapest in March this year, Hungary got credit for battling to a 3-3 draw. They’d have to do better than that in Warsaw to reach Qatar, and they’d still need other results to go their way even if they were able to produce something magical.

With all of the factors we’ve listed above taken into account, the writing seems to be on the wall for the Hungarian World Cup campaign. It’s destined to end in failure, and that failure was determined long before the team held England to a credible draw. The 4-0 loss to England in Budapest in September hurt the team’s prospects badly. The loss to Albania in September was effectively the nail in the coffin. Losing to Albania again at the Puskas Arena was unforgivable, and it’s that result that will be looked upon at the end of the campaign when the FA decides whether or not to stick with Marco Rossi as head coach. Rossi deserved the praise he received when Hungary qualified for Euro 2020, but he should also shoulder the blame for the losses against Albania and the inevitable failure to reach the World Cup. History tells us that the Hungarian FA doesn’t stick with a losing coach for long, so it’s likely we’ll have a new man in charge when the qualification campaign for Euro 2024 begins.

The Hungarian team has had its moments during these qualifying games, but not enough of them. Between this failure and the continuing disciplinary problems with fans, there’s a lot of soul-searching for Hungarian football to do during the next twelve months.