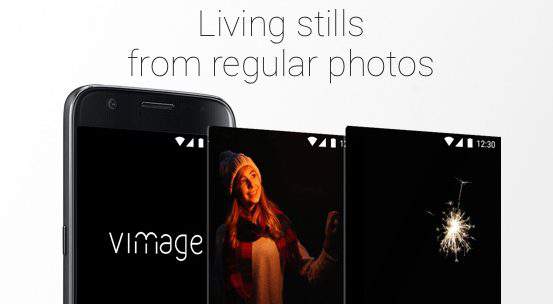 Sharing photos on Instagram might get much more entertaining soon, thanks to a Hungarian startup. Vimage from Pécs is managed by the Telenor Accelerate program, as it is revealed in Valasz.hu’s report.

Instagram is the second most popular social network after Facebook, exceeding 700 million users. The photo sharing website is now a must for every company and celebrity who wants to stay in contact with its followers. The variety of services has increased with the appearance videos and temporary video series. Furthermore, a new function is coming soon: the cinemagraph.

It is like an in-between of photo and video. Like a panorama with shifting clouds or a window with rain outside. It is a picture with some animated details.

Zsolt Cziegler from Pécs thinks that this format should be available to everyone. He soon realized that he needed special equipment and expertise to let this happen. In order to create a looped animation a perfectly stable picture is needed. Not to mention the expensive software. But he developed the idea: what if they added effects to simple photos?

He first approached his uncle, doctor and IT engineer, András Cziegler, and his sister Enikő. After some hesitation, they were convinced about the viability of the idea. The team was complete with project manager Adrián Gaál, Android and iOS developer Gábor Horváth, programmer and doctor Ahmed Harmouche, and iOS application developer Alex Dósa.

The new application, Vimage is under testing right now. Beta testers share cinematographs with Vimage’s watermark, so the team doesn’t have to deal with marketing.

Vimage is planned to be free, generating some income from premium functions.

These exclusive functions include multiple effects on one picture or the removal of Vimage’s watermark, as well as several purchasable effects. The variety is increasing constantly: steam, smoke, snowfall, dim light and moving clouds.

Sponsorship will also be an extra content, with which brands could purchase effects related to their products (e.g. sparkling beer for a brewery).

The Vimage startup began its path to success in Törökbálint, in the building of Telenor. The founders were seeking for “smart money”, which means that the investors were giving the team creative freedom, but also provide them with business expertise and connections. Telenor – that just joined the Digital Welfare Program recently – proved to be an excellent choice.

Vimage has won the Accelerate startup competition along with two other enterprises.

This common program might lead to a fruitful partnership with Telenor, as the service’s customers are potential Vimage users, and Telenor might also get use of some exclusive cinemagraphs for their own marketing campaigns.