Two tourists have lost their camera in Szentendre, and the finder is still trying to reach them with the help of the saved photographs, hvg.hu writes.

In November 2014, a Facebook user posted the following message on her wall “We found a camera with countless pictures, we’ve like to give it back to the owner!” The founder was hoping that the more people share the gallery containing the photos the easier it will be to find the couple.

Many people shared the gallery, and with the help of the pictures other users could tell where the couple has 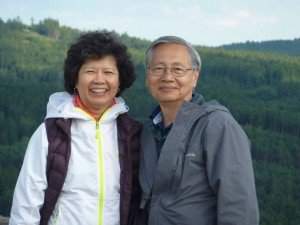 traveled, including Budapest, Szentendre, the Czech Republic, and New York. They visited Macesz Huszár in Budapest (it’s been renamed to Macesz Bistro) in August 2014. But it didn’t help much as they were tourists and most likely left the country by the time their camera was found.

Many Facebook users suspect that the couple came from the United States, and a Hungarian woman living in the States was adamant that they are from California; she had them as her patients some time ago. However, she was unable to find them on her list. Some suspected that they were from New York, but those photos date back to 2011, so it’s highly unlikely.

If you have any information regarding the name of the couple or their whereabouts, please contact the original poster!

Finance companies lend loans of many types, from personal loans to payday loans.…
Both members of the couple were sentenced to prison because of murder. Both their…

The government will spend around 32 billion forints (EUR 95.3m) to raise wages for…
We and our partners use technologies, such as cookies, and collect browsing data to give you the best online experience and to personalise the content and advertising shown to you. I accept
Privacy & Cookies Policy