Budapest (MTI) – The radical nationalist Jobbik party held a demonstration in Budapest on Friday to support the claims of troubled forex borrowers.

Banks must reimburse borrowers for any amount due to them, Jobbik leader Gabor Vona said at the demonstration. 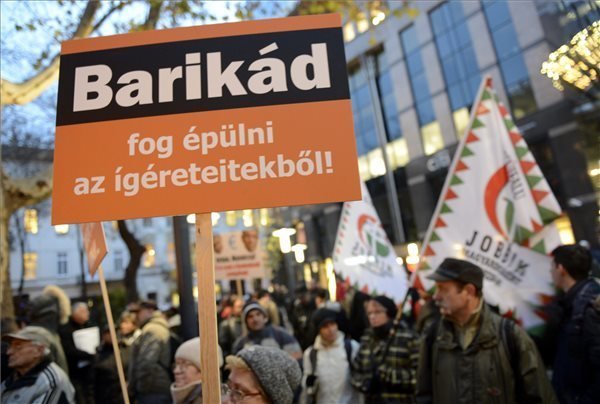 Vona said that the government-initiated forex laws, adopted earlier this week, had been “constructed” to “save banks to the detriment of borrowers”. Vona said that his party had consistently demanded that forex loans should be converted to forints at the exchange rates applicable at the time of taking out the loan, as opposed to the higher rates enacted. He noted that the government had repeatedly denied that the loans would be converted at market rate.

The protest was attended by some 300 people.