History Jobbik Socialists The 60th anniversary of the 1956 Revolution 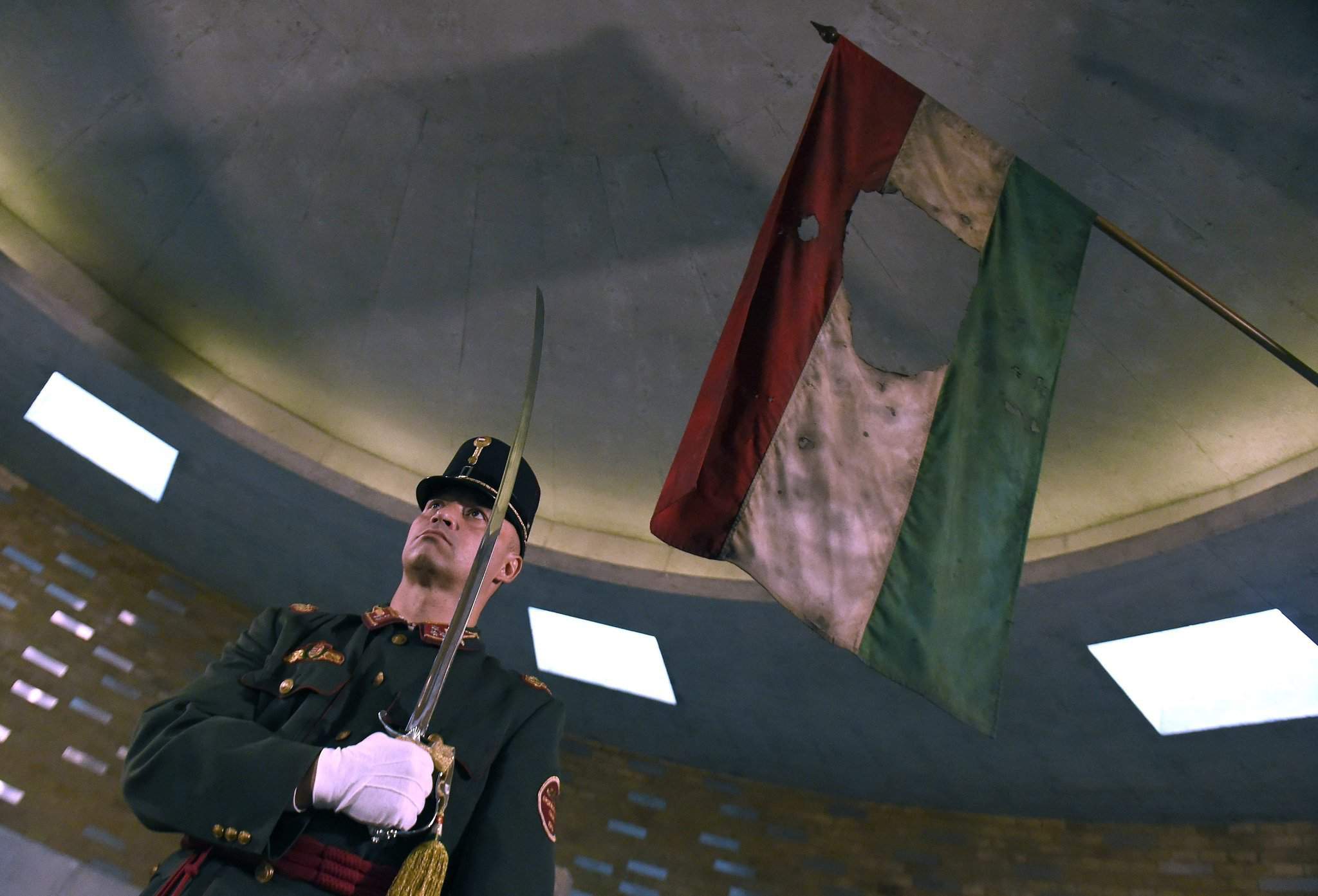 Jobbik’s press release – The volley of shots fired in Kossuth Square on October 25, 1956 claimed the lives of hundreds of victims. The memories of these heroes were defiled by Fidesz and the Socialists, the two big parties of the 20th century, by bringing back the atmosphere of the 1950s. Fidesz has done so by its media lies typical of the Communist Rákosi regime, while the Socialists’ behaviour was in line with that of their legal predecessor, the Hungarian Socialist Workers’ Party.

The Socialists walked out of the Parliament’s commemoration, thus humiliating 1956 as well as the Polish and German dignitaries who attended this special meeting. Recently, the Socialist Party has elected János Barabás, the former Secretary of the Hungarian Socialist Workers’ Party Central Committee, as vice chairman of the party’s general assembly, which is another insult to democratic values.

The Socialists’ Bolshevik figure Szófia Havas called 1956 heroes Fascist criminals and murderers, which, shamefully enough, was broadcast by the Russian national state television. This is not Havas’ first scandal: in March 2008, she walked out of a Budapest City Council meeting, when the body passed a resolution on erecting a memorial statue for the victims of the Katyn massacre. In June 2008, she voted against naming a square after Péter Mansfeld, a martyr of the 1956 revolution.

Jobbik calls upon the Socialist Party to clarify its position on the revolution and account for its past. If they refuse to recognize the Hungarian revolution of 1956, then they should leave the Hungarian political sphere along with their leftist vassals.

We find it outrageous that, 26 years after the collapse of Communism, the Russian state television’s programme features a show with Szófia Havas’ words quoted above. Jobbik welcomes the Hungarian Foreign Ministry’s measure to summon the Russian ambassador in this matter. Furthermore, Jobbik will press charges against Szófia Havas for denial of the crimes committed by the Communist regime.

History Jobbik Socialists The 60th anniversary of the 1956 Revolution
Share