Could Gábor Vona be the hope of leftist voters in 2018? This would’ve been inconceivable a few years ago, but it seems like it has become the main strategy of Jobbik. Index.hu writes that they started breaking through the wall towards the MSZP-DK voters, because they have realised that they will need all opposition votes to win in the individual districts. Vona has planned a risky strategy for 2018.

Gábor Vona has been talking more and more openly about his strategy for the upcoming period. The president of Jobbik wants to win the 2018 elections, for which he doesn’t want to aim extreme rightist, and not even conservative voters, but left-wing voters, whose majority have lost their infatuation for the opposition.

Last autumn was a turning point in the life of Jobbik. The Fidesz-Jobbik war brought along important changes in Hungarian internal politics. Even though surveys say that Fidesz is in the lead and Jobbik lags behind along with MSZP, the Hungarian internal political fight became bipolar in autumn. Fidesz and Jobbik took on the fight, while MSZP stayed in the background, therefore their acts became basically frivolous.

Gábor Vona and Jobbik has recently taken several steps, which might seem illogical, senseless, or damaging, at first:

Like Jobbik has forgotten about their voters. In the eye of a rightist, anti-EU politics, ATV hater, anti-migrants voter, these are totally senseless steps, but everything becomes logical, if we think of them as part of Vona’s newest strategy.

At first it seems impossible that left-wing voters, desiring a liberal rule of law and supporting the EU, would vote for party which was up against gypsy crime, wanted to list Jews and burn the EU flag not long ago. This scenario was even impossible at the 2014 elections, but the situation has changed in the current period.

Loosening walls between Jobbik and the left-wing

Interim elections signal that the walls between the traditional voter bases of MSZP-DK and Jobbik have been decaying. MSZP members smoothly took the side of the Jobbik candidate in Ózd and Tapolca, and socialist leaders admit that the majority of their local members were completely okay with this. In fact, a lot of them were happy that they could finally overcome team Orbán. So Jobbik was able to win in these two places, MSZP’s president in Tapolca even took on the vice-mayoralty under Jobbik’s mayor.

Many Jobbik supporters believe that this was when Gábor Vona realised that the only way he could win individual mandate in 2018 was if he seemed like Orbán’s strongest opponent, thus winning the votes of all the Orbán hater leftists. So the strategy became clear, but several happenings proved that it wasn’t that simple. 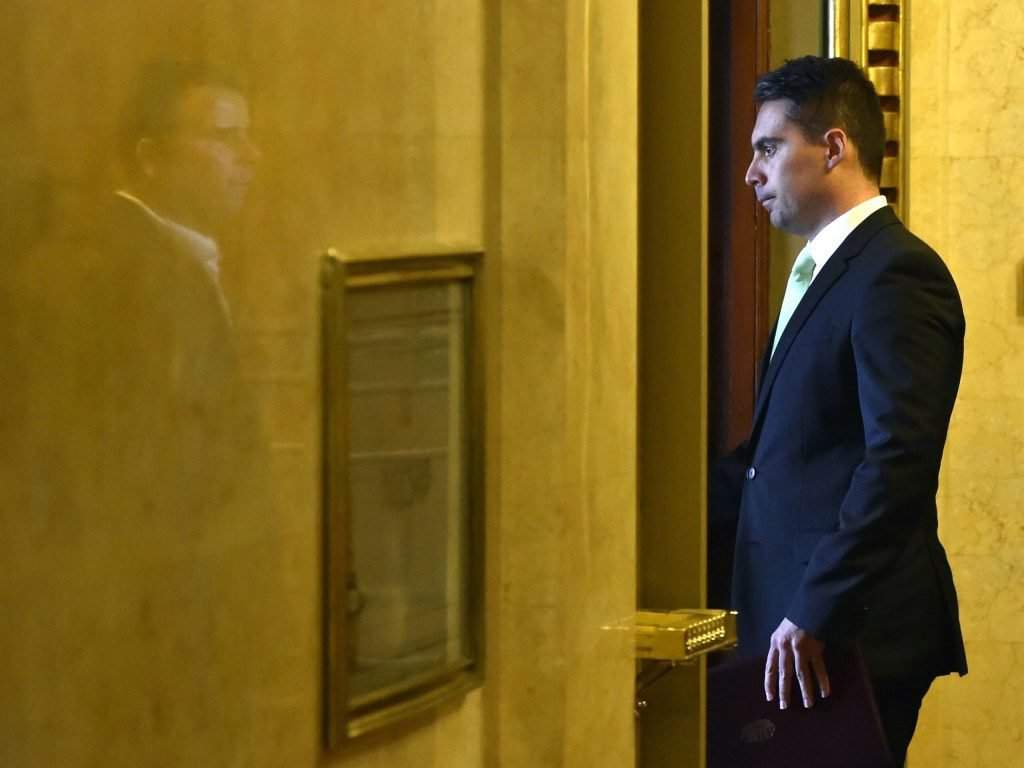 For instance, the interim mayor election in Salgótarján was won by the candidate of MSZP last February. Voting data and statistics attested that many Jobbik supporters voted for the left-wing. Jobbik’s shock was as great as their happiness after their win in Tapolca. It turned out that if the walls decayed between Jobbik and MSZP, then voters could move in both directions.

This is why it is important for Vona to make left-wing voters believe until 2018 that he’s not a “nazi” from the Hungarian Gourd Movement any more, but a proper oppositionist, who can defeat Orbán. Jobbik can already feel the approach of leftists. Several Jobbik representatives claim that more and more left-wing voters go to their countryside forums, and they are the ones who they want to win over by 2018.

The approach can be felt on higher levels as well. The MSZP leader of an East Hungarian city said that local party members are trying to convince him to settle with Jobbik for 2018 and 2019, for the municipal elections as well. Because, if they stuck together, they would have good chances in several electoral districts and municipalities.

The MSZP leader in question didn’t dare to bring the subject up to countrywide social leaders yet. And this is well-funded, because the national presidency wouldn’t even look at the chance of a coalition with Jobbik. MSZP president Gyula Molnár frequently states this. And the Democratic Coalition is even more repulsive with Jobbik, Gyurcsány’s team is not even willing to sit at the same table with a Jobbik member. 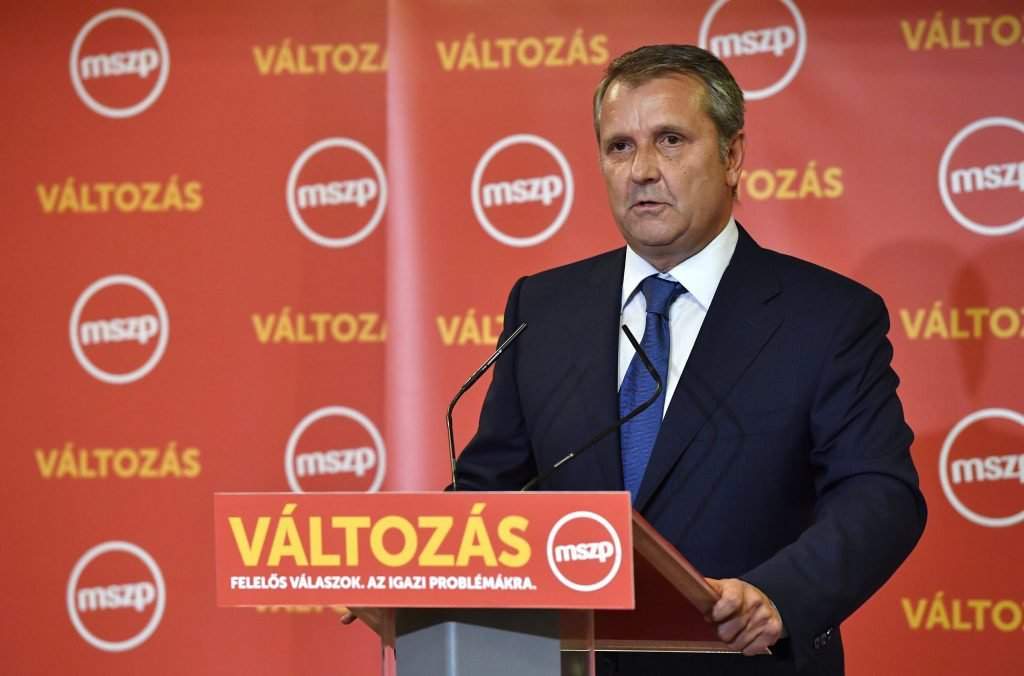 Jobbik also excludes any type of coalition with MSZP or DK. In their short announcement of Monday they write: “Will Jobbik join with any left-wing parties in the future? No.”

So it currently seems like there won’t be a countrywide Jobbik-MSZP technical coalition in 2018. But neither of them need this, as they both want to win over opposition voters. MSZP doesn’t even bombard Jobbik now, because they realised that they might need Jobbik votes in 2018.

This way MSZP could win individual districts in Budapest and bigger cities without a technical coalition, while Jobbik could hope for individual wins in Borsod or South Transdanubia. Leftist liberal intellectuals (Ferenc Kőszegi, László Mérő, Miklós Haraszti) have already published writings about how it might be worth voting for Jobbik in individual districts with nose-clips. In fact, ex-prime minister Péter Medgyessy also said that neither Jobbik, nor MSZP supporters can pick and choose if the goal is to beat Orbán.

Still, not every Jobbik supporter gets it

Jobbik has been preparing the party for a leftist upsurgence in recent months. Now it makes sense why Vona had to veto vice-presidents, why he fired Előd Novák, who was against the strategy, from the party and parliament fraction. The preparation of the party is not easy, because the new direction is not clear for everybody.

For instance, even though vice-president László Toroczkai knows the details of the strategy, he went against it for his local interest in Ásotthalom. Left-wing voters would hardly like the anti-Islamic and anti-homosexuality regulation, it’s no surprise Vona publicly protested against it. And it is said that he told Toroczkai off in the background.

Moreover, Jobbik’s organisation in Vecsés probably didn’t understand the new direction, when they protested against Gábor Vona and Ádám Mirkóczi greeting rabbi Slomó Köves on the occasion of Hannukah.

Naturally, Fidesz will try to win over Jobbik voters who feel left alone. This is why they try to make hard-core Jobbik supporters understand the new direction. And this is why Fidesz started a campaign in which they mention Vona on the same page with Ferenc Gyurcsány. CÖF, close to Fidesz, designed a Gyurcsány-Vona-clown billboard, Fidesz media analyses their similar gestures, the State Secretary of the Cabinet Office of the Prime Minister, Csaba Dömötör keeps on repeating that “Jobbik is in the same gang as Ferenc Gyurcsány”, while House Speaker László Kövér predicts a Jobbik – Left-wing coalition in 2018.

Fidesz’s aim is to make old Jobbik supporters realise how this is not only a simple political change, but a serious identity change. And these voters should leave their party and enforce their secondary choice: Fidesz.

It’s been said by many that the 40% of current Jobbik voters would vote for Fidesz after Jobbik. And this was partially proven at the referendum on migrant quotas. And the 3.2 million ‘NO’ voters would be perfectly enough for Fidesz to not bother with Vona and his left-wing votes.

The leaders of Jobbik are not nervous about the survey results showing stagnation and a slight fallback of the party. Because, how could there be an invigoration, if the total exchange of voters is in the making?

It will turn out in 2017. Could such a strategy work out? Is it possible for a day to come, when Gábor Vona is the hope of left-wing voters in 2018?