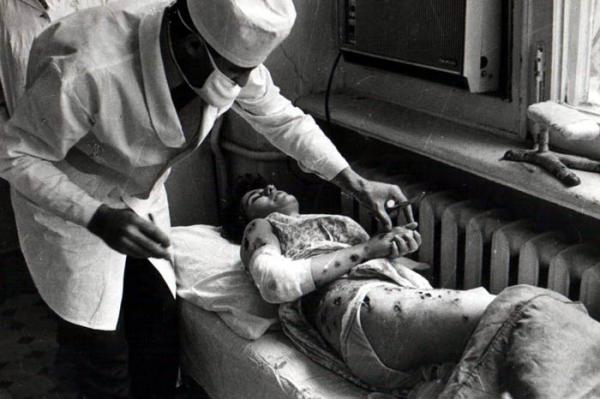 On the night of February 25-26, 1992, the Armed Forces of the Republic of Armenia, the irregular local Armenian bands together with the 366th Soviet Motorized Infantry Regiment encircled and attacked the Azerbaijani town of Khojaly in the Nagorno-Karabakh region of Azerbaijan with the aim to ethnically cleanse the settlement. As a result of the military action, 613 civilians were killed, including 63 children, 106 women and 70 elderly people. In the course of the slaughter 487 inhabitants were severely dismembered, some were burned alive, beheaded, some were mutilated, and others were scalped. Another 1,000 people were wounded and 1,275 people were taken hostage. To date, 150 people from Khojaly remain missing. 8 families were completely wiped out, 25 children lost both parents and 130 children lost one of their parents.

Years later, yet, regrettably, not immediately, the international community recognized the gravity of the atrocity carried out by Armenia in Khojaly. Many countries have officially recognized this crime as an act of genocide, for which the Republic of Armenia bears full responsibility. However, right after this unimaginable crime was committed, the world initially turned blind eye to it and failed to bring the perpetrators to justice, which, perhaps, paved way to the subsequent similar crimes, such as the Srebrenica genocide. In fact, Khojaly is called by many “Azerbaijani Srebrenica”

“It appears that the reports available from independent sources indicate that at the time of the capture of Khojaly on the night of 25-26 February 1992 hundreds of civilians of Azerbaijani ethnic origin were reportedly killed, wounded or taken hostage, during their attempt to flee the captured town, by Armenian fighters attacking the town”. The Court qualified the behaviour of those carrying out the incursion as “acts of particular gravity which may amount to war crimes or crimes against humanity”. 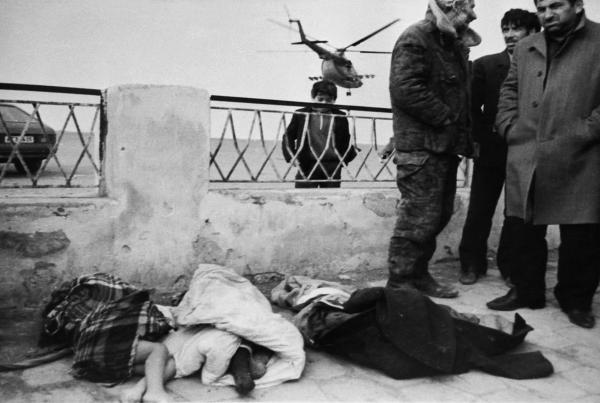 The former President of the Republic of Armenia Serzh Sargsyan served as the chief commander of the illegal military forces in the occupied Azerbaijani territories at the time of Khojaly genocide in February 1992. The following thoughts by S.Sargsyan leave no doubt as to the question of the real perpetrators of the crime in Khojaly: “Before Khojaly, the Azerbaijanis thought that they were joking with us, they thought that the Armenians could not raise their hand against the civilian population. We were able to break that [stereotype]. And that’s what happened”.

The Republic of Armenia continued its crimes against humanity with the deliberate targeting of Azerbaijani civilians during the Second Karabakh War in 2020.

Attacking the civilian population and infrastructures of such populous Azerbaijani cities as Ganja, Barda and Tartar, located far outside the battlefield, Armenia once again resorted to committing the same war crimes in 2020 as it did in 1992 and, in fact, used this time more lethal weaponry, including cluster bombs and rocket systems to cause higher casualties among the civilians. According to the Prosecutor General’s Office of the Republic of Azerbaijan, as a result of rocket and heavy artillery attacks more than 100 civilians, including 12 children and 27 women were killed, 423 civilians were wounded. More than 5000 residential houses and multi-apartment buildings, 76 social facilities, including schools, hospitals and kindergartens, 24 production facilities, 218 trade facilities, 51 public catering facilities, 41 administrative buildings and 19 religious facilities were destroyed as a result of these attacks. Both the Khojaly genocide of 1992 and the bombing of the peaceful population in 2020 represent clear evidence of the deliberate policy and acts of systematic violence by the authorities of the Republic of Armenia against the Azerbaijani civilians.

It is obvious that impunity still enjoyed by the perpetrators of the crimes continues to impede progress in achieving the durable peace and reconciliation between Armenia and Azerbaijan. Therefore, the establishment of truth in respect to gross violations of international humanitarian and human rights law committed during the conflict, the provision of adequate and effective reparations to victims and the need for institutional actions to prevent the repetition of such violations are all necessary adjuncts to true process of rapprochement and peaceful coexistence between the two nations.

With the end of the most recent war, which resulted in the enforcement by the Azerbaijani army of the four resolutions of the UN Security Council upon their primary addressee, Armenia, a historic chance came for the latter to end the irredentist dreams, hatred and launch the peaceful co-existence with the neighbors. Will Armenia catch this chance? It all depends how realist its current political leadership is.

Readers’ letter – This opinion does not necessarily represent the views of Daily News Hungary.