Budapest, October 16 (MTI) – The opposition LMP, Együtt, and Dialogue for Hungary (PM) parties staged a demonstration in Budapest on Sunday to protest against the recent closure of the daily Népszabadság.

Miklós Hargitai, a journalist with the defunct Népszabadság newspaper, said the paper’s owner had failed to give an explanation for its closure and had not informed the managing director of the impending decision. He noted the paper had written about cases of corruption, and he insisted that governing politicians had not tolerated this. He added that Prime Minister Viktor Orbán had not given an interview to Népszabadság, the biggest circulation daily, in a decade. The paper’s closure, he insisted, had been an act of political revenge.

Benedek Jávor, PM’s MEP, said the government wanted to silence civil organisations and Hungary’s independent media, and claimed that it was building a “virtual reality” of its own built on lies. Referring to articles written about sleaze, he singled out the public prosecutor, the national election commission and the constitutional court, saying: “Corruption in Hungary is not a regrettable by-product of government but of the system” of Hungary’s institutions. 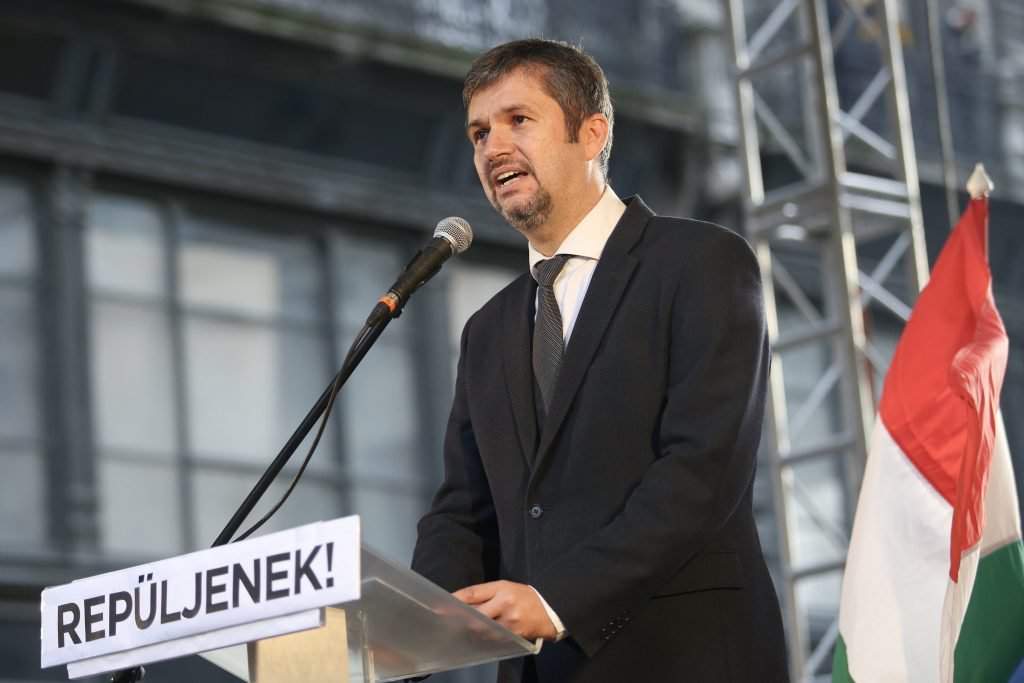 LMP co-leader Ákos Hadházy said corruption was “society’s cancer” and warned that “the patient is close to death”. Legislation needs to be enacted to guarantee the transparency and accountability of politicians, he added. 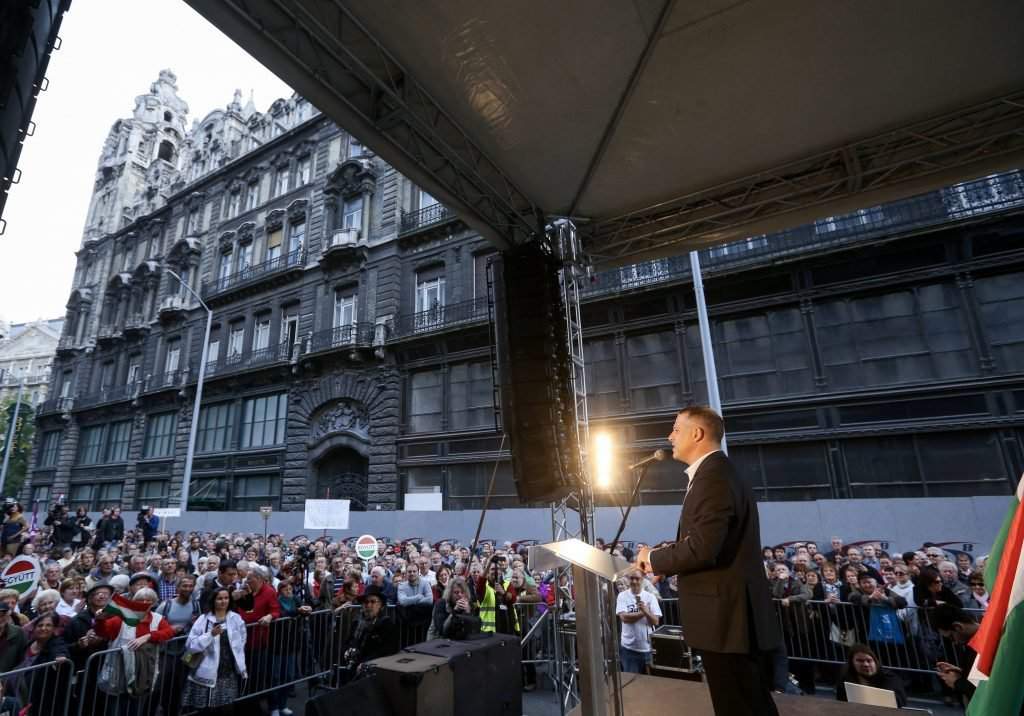 Péter Juhász, Együtt’s deputy leader, said Orbán had entered into a spiral of lies and would have to face reality. He called on opposition supporters to go out in force to events in which the prime minister takes part and boo him.

Gergely Gulyás, the ruling Fidesz party’s deputy leader, earlier told a news conference that compared with numerous western European countries, Hungary has far greater press diversity and a broader mass media. He said it was unclear who was behind the demonstration of civil organisations and opposition parties on Sunday afternoon in support of press freedom.

Referring to left-leaning Népszabadság newspaper, he said that based on available information it is still thought that the decision to suspend it had been motivated by business considerations and the owners had made it clear that the paper had lost several billion forints. “In this respect, the government has nothing to do with the matter,” he said.

Gulyás insisted that in the wake of Népszabadság’s closure there would be a balanced market of two papers seen as opposition sympathisers and two which are pro-government. “There’s good reason to believe that the former has a larger distribution,” he said.

It is also plain that one of the commercial terrestrial television stations puts out “opinions strongly critical of the government, and it is probably the case that the smaller commercial broadcasters with such views have a larger audience,” the Fidesz politician said.

Further, outlets on the internet sympathetic to the government are in a significant minority both in terms of their number and the size of their readership, he added.

Gulyás alluded to the ninth article of the constitution stating that everyone has the right to free speech. Hungary recognises and protects press freedom and diversity as well as ensuring the conditions for the formation of democratic public opinion and free information, he said.

He said that in a modern democracy, the greatest threat to press freedom came not from laws or government pressure but from media owners. But in Hungary a situation has emerged whereby a diverse range of owners run especially diverse media, and “even coarse utterances are allowed against the government that would be excluded from everyday political life in, say, western European political culture,” Gulyás said.

In Hungary, it is possible to demonstrate for or against press freedom within the bounds of the constitutional framework, he said, adding that at the same time “there are those who now wish to take up the fundamental right to freedom of assembly who, ten years ago . made this impossible.” This goes to show, he said, that Hungary is a democracy where fundamental rights prevail.

Responding to a recent article in Frankfurter Allgemeine Zeitung comparing Hungary to Belarus, Gulyás said German media were not a patch on Hungary’s in terms of the diversity of opinion.

The Fidesz party said in a statement after the demonstration that, contrary to the assertions of the opposition, the closure of Népszabadság had been a question of its market and financial fitness. The current and former leaders of the opposition Socialist Party “stole the future” of the paper. “Not only were they incompetent to govern the country, but they could not even take care of their own party’s paper,” the statement said.

Fidesz said that during the Socialist governing period, Népszabadság had been left to make a loss, and in 2015 they gave up on the paper and sold it. The new owner made an offer to the Socialist Party for its share in the business, but the opposition party had not been forced to sell, the statement added.

The Jobbik said in a statement that while Fidesz talked about market forces, its media had “absorbed billions of taxpayers’ forints” in return for “milling out dumb government propaganda” and for publishing government ads, rather than sustaining itself on revenues from commercials by private customers.