Liberty Bridge is again the picnickers’ for four weekends 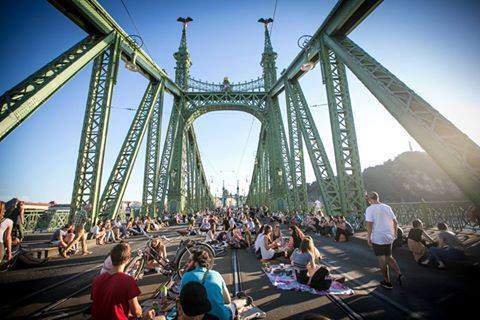 Since it is very rare in Hungary and in Budapest to have a successful civil initiation, when BKK announced last year that the bridge will be closed for transport between June 16 and August 28, due to the renovation of tram lines, the first thing that went through everyone’s mind is that traffic would become a nightmare. However, the people of Budapest – and later the tourists – seized the opportunity quickly and made use of the bridge with a series of programmes.

Of course, the idea came up that it should be made a regular thing, but the chief mayor (István Tarlós) of Budapest thought otherwise, or so it seemed up until Friday, when the vice-mayor, Alexandra Szalay-Bobrovniczky made an announcement stating that both in June and August there will be traffic-free periods on the bridge: June 17-18, 24-25, and August 5-6, 12-13. There is a catch: no one is allowed to climb up to the Turul, otherwise, the whole action is off.

Mno.hu made inquiries about the mayor’s change of heart, with the findings that during last year’s arrangements there was a want from the younger generation’s side, and the mayor has already stated that they will investigate the case, so this is a gift for the young people.

There are several reasons why the spontaneity of the movement was successful. First, the location: the bridge is at the foot of Gellért Hill, between Szent Gellért and Fővám squares, so it makes it a central location. Second: the view is beautiful, and the air is always chilly, even if it’s the hottest day of summer. Thirdly, last summer’s events proved that the people of Budapest need an easily accessible public place, where you can meet up, sit down for a picnic, sunbath, or even organise some major events.

Picnic, yoga, bridge-tours with the bridge master, family days, concerts, kissing flash mob: only a couple of things that went down last year. Most of the events were organised via Facebook and there were so many attendants, that they barely fit on the bridge. Some brought hammocks, blankets, deck chairs, all for comfort. One of the most surprising things that happened on the bridge, was an impromptu campfire, where people made fried bacon and sausage.

The city leading is not intent on getting involved with the organisation of new events, even though there is nothing standing in their way. Although it would be easy for them to make new programmes come into being, that would go against the civilian nature of the whole action.

No one can disagree that walking in the middle of the road in the city centre is a liberating sensation. If you take a look at this photo from 100 years ago, you will see how much of a barrier traffic represents. 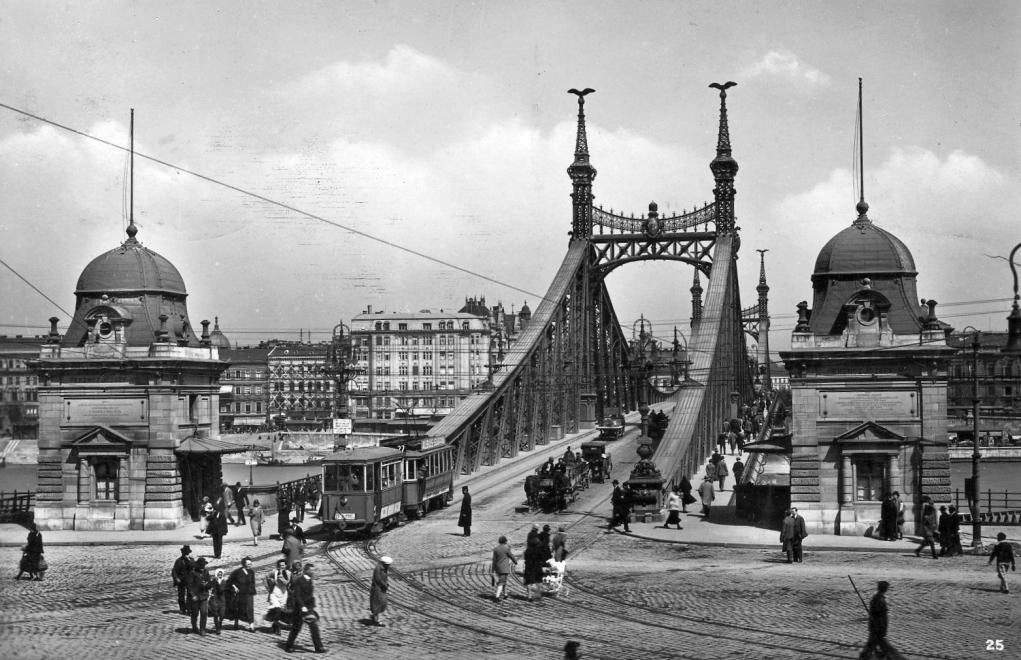 It is acceptable that there are limits as to what you can do on the bridge. It is still forbidden to climb on the main supporting arc and the turul statues. If someone happens to do so, not just the current picnic is off, but for the whole summer.

Trading and commerce are forbidden activities as well, unless you have a permit for doing so. These are very simple rules, ones that are usually broken, but surprisingly, there were no scandals last year.