Lots Of Household And Other Appliances Made By Hungarian Inventors 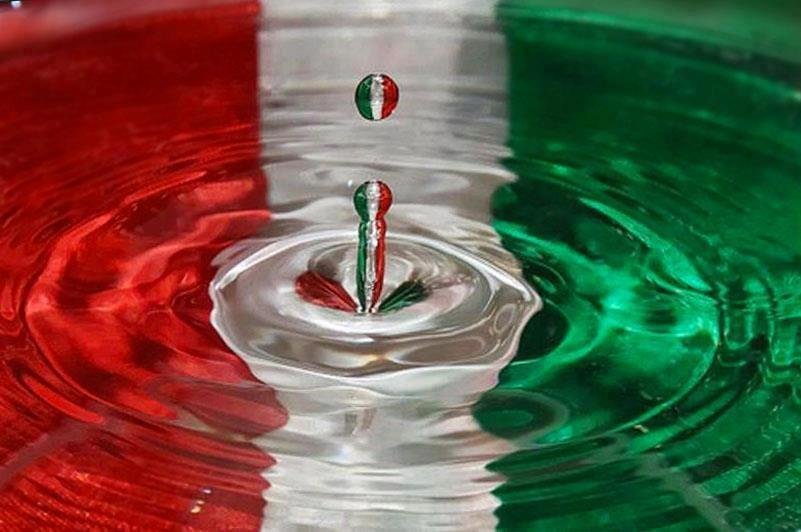 According to gyartastrend.hu website, this man picked a biro-pen (invented by László Biró in 1931) and wrote “Inventive Hungarians” down a paper and put it on the fridge – which was invented by the Hungarian Leó Szilárd in 1929 – with a magnet. His sight was not perfect, so he used contact lenses. At first he hesitated to use the old type of lens (invention of József Dallos in 1928) or the soft new ones which were invented by István Győrffy in 1959. Then he lit a cigarette using matches invented by János Irinyi in 1836. While he was thinking about his daily routine he was listening to music on the CD player. He was watching the hologram sticker (Dénes Gábor invented it in 1947) on the CD cover and then he took a vitamin C, an excellent medicine of the Hungarian Albert Szentgyörgyi (1931). A friend of him came into his mind, so he called him on the phone (invention of Tivadar Puskás, 1878). As he had some time before leaving his home, he sat down to use the computer –invented by János Neumann in 1944 – and started to play. He was wondering about which system to use but finally he decided to use the Basic Computer (invented by János Kemény, 1964) and organized his tasks in MS Excel sheet – which is a useful invention of Károly Simonyi from 1974.

Actually he wanted to watch a 3D movie but unfortunately, he couldn’t watch it although he had special 3D glasses designed for these types of films. These modern 3D glasses were invented by Dániel Rátai three years ago. So he played a vinyl disk on his traditional CD player (invented by Károly Goldmark in 1948) and he switched the TV on as well (invented by Dénes Mihály in 1919). In the program there was a popular science film about New York City. He was happy to have colored television (thanks to Károly Goldman who invented it in 1948) and was able to watch the film. He liked the city, especially the Central Park. Interestingly, the Central Park and the development plans of the city were realized by the works of Sándor Asbóth in the 1850’s. Later he watched another scientific movie about space research and he was amazed to watch the moon rover which is a great invention of Ferenc Pávlics from the sixties. Before leaving home he tried to put together the famous Rubik Cube (invented by Ernő Rubik in 1976).

Finally, he went to take a long walk. He wanted to buy a car, so he paid attention to those cars which were passing along the street. Luckily, he took his automatic camera (József Mihályi, 1938) to take some pictures about the cars he liked. The first one was a Ford T-model (invention of József Galamb in 1908), then he saw a BMW with diesel engine (invented by Ferenc Ansists in 1983). Later he noticed a Chevrolet with automatic gearbox. This type of gearshift was invented by László Bíró in 1932. There was a uniquely designed VW Beetle he especially liked (invention of Béla Barényi, 1925). He examined even its carburetor (János Csonka, 1893).

Soon he realized that he needs his bicycle only, thus when he arrived home he carefully checked his bike’s dynamo (Ányos Jedlik, 1861) in the basement. Later he saw a helicopter (Oszkár Absóth, 1928) landing on the neighbor’s roof with his mouth open. He was surprised but he told this story to his friend, a journalist, awarded by the Pulitzer Prize (József Pulitzer, 1917) with whom he had a meeting in a museum. They visited an exhibition about the stages of the invention of the light-transmitting glass concrete (Áron Losonczi invented it in 2001). Unfortunately, the invention was not exhibited due to the 13-year-long legal procedures.

It was dark when he finally arrived home, so he switched on his krypton-filled lamp (invention of Imre Bródy from the year of 1930) and drank a glass of soda (Ányos Jádlik, 1840). Since he had a headache, he was searching for some pills. What he found was a Hungarian medicine called Kalmopyrin. Its inventor was a Hungarian, Gedeon Richter who invented it in 1912. Having relaxed after his long and exhausting day, he turned his CD player on and started to listen to the Psalmus Hungaricus, the widely-known music of Zoltán Kodály, a famous Hungarian musician.