Miracle? Why are so many twins born in a Hungarian village?

More than ten sets of twins were born in the last decades in the Hungarian village, Bősárkány (which translates to “loose dragon”). The phenomenon is especially characteristic in the last couple of years. Is it a miracle? In the village, which has 2500 inhabitants, people are suspicious even about the pump water they get, as borsonline.hu reports.

Stepping inside the kindergarten, no one would expect to find a set of twins in every classroom. In the last 40 years, 13 sets of twins were born in Bősárkány. The youngest ones are expected to arrive on any days. There are twins in the daycare, in the kindergarten and also at the school. Zsuzsanna Gősiné Szóka, the teacher at kindergarten, has 4-year-old twins herself: Barbara (girl) and Dávid (boy).

Twins woke up at the same time

In Zsuzsanna’s family, relatives were joking about the high percentage chance for twins, but they didn’t mean it. However, they could have been suspicious since both the maternal and paternal side of the parents have twins. In the kindergarten, no one gets surprised anymore whenever a set of twins appear. The reason for that is also that two other teachers have twins in their families. One of them has twin sisters. The bond is so strong between them that when Ildikó’s water broke, Katalin woke up at the same time! Katalin has fraternal twins, so they don’t resemble each other that much. 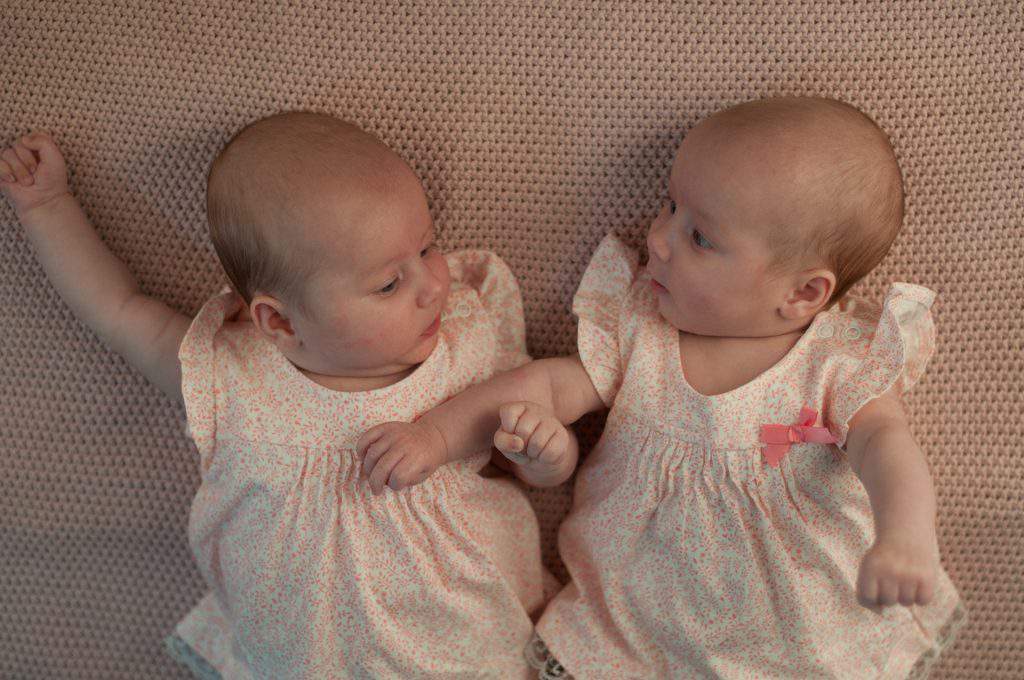 Is it a miracle?

One of the kindergarten teachers is due to any days. Sári (girl) and Vince (boy) are test-tube babies just like Katalin’s. They won’t be the only set of twins being born in 2018, though! Anett Rozsné Varga is also expecting twins, but hers are even more special. The reason for that is that they were conceived a week apart.

The artesian well’s water is told to be one of the possible reasons for all the twins in the village.

Ákos and Áron (boys) are identical twins. They conceived in a natural way, though. Their parents were thinking a lot about how they ended up with twins, but they love them very much. They also want to have a third child, a girl. According to the mom, their paediatrician scared them a little because she told them that after the boys, there is a twice or three times bigger chance to have twins again.

but the exact number of twins in the area must be bigger because this number only refers to those who were born in Bősárkány.

Doctor Tamás Bense said that twin genes usually descend from the grandparents and appear in the grandchildren’s generation next time. If there are twins in the family, the chance of another set of twins is even higher. Based on the law of big numbers, it happens, but there is no scientific explanation for that yet. Additionally, random aggregation is worth studying, and researchers should pay attention to towns like Bősárkány.

If you want to know more about Hungary’s population, click here.