One of the most imposing buildings of Budapest, the former Olof Palme House, known as Millennium House today is opening its gates in front of visitors on 26th October.

According to magyarepitok.hu, the reconstruction works of Olof Palme House have finished and the building, known as the Millennium House has been restored to its former glory. As we have already reported about it, the works of restoration started in summer, last year – you can read about it here.

The house is to be opened for visitors on the first day of the Autumn school break, on 26th October

– László Baán, ministerial commissioner of Liget project reported on Tuesday, on the official day of its handover.

Épkar Ltd has executed the reconstruction of the impressive building. The conducting and supervising tasks have been carried out by Óbuda-Újlak Ltd. and Főber Ltd. Inside, an exhibition about the golden age of Városliget (City Park) and a cafe, decorated with Zsolnay ceramics, in the design from the age of the Millennium, are waiting for the visitors. In front of the main gate of the 130-year-old building, a rose-garden has been established with 1500 roses. The central element of the garden is the Zsolnay fountain, in harmony with the lavish decoration of the building’s frontage.

Dozens of restorers worked on the frontage to renew the lavish decoration of Zsolnay style – this style inspired the decoration of the cafe. During the internal works, the original space structure was restored. The new roofing received large glass surfaces on the two wings of the building, letting the natural sunshine illuminate the inner space. The main entrance of the building was established on its original side, opening to Hermina Road.

Benedek Gyorgyevics, the main director of Városliget Ltd., underlined that after long decades the abandoned and neglected building would be given back to the community with a worthy function and in a fit state. 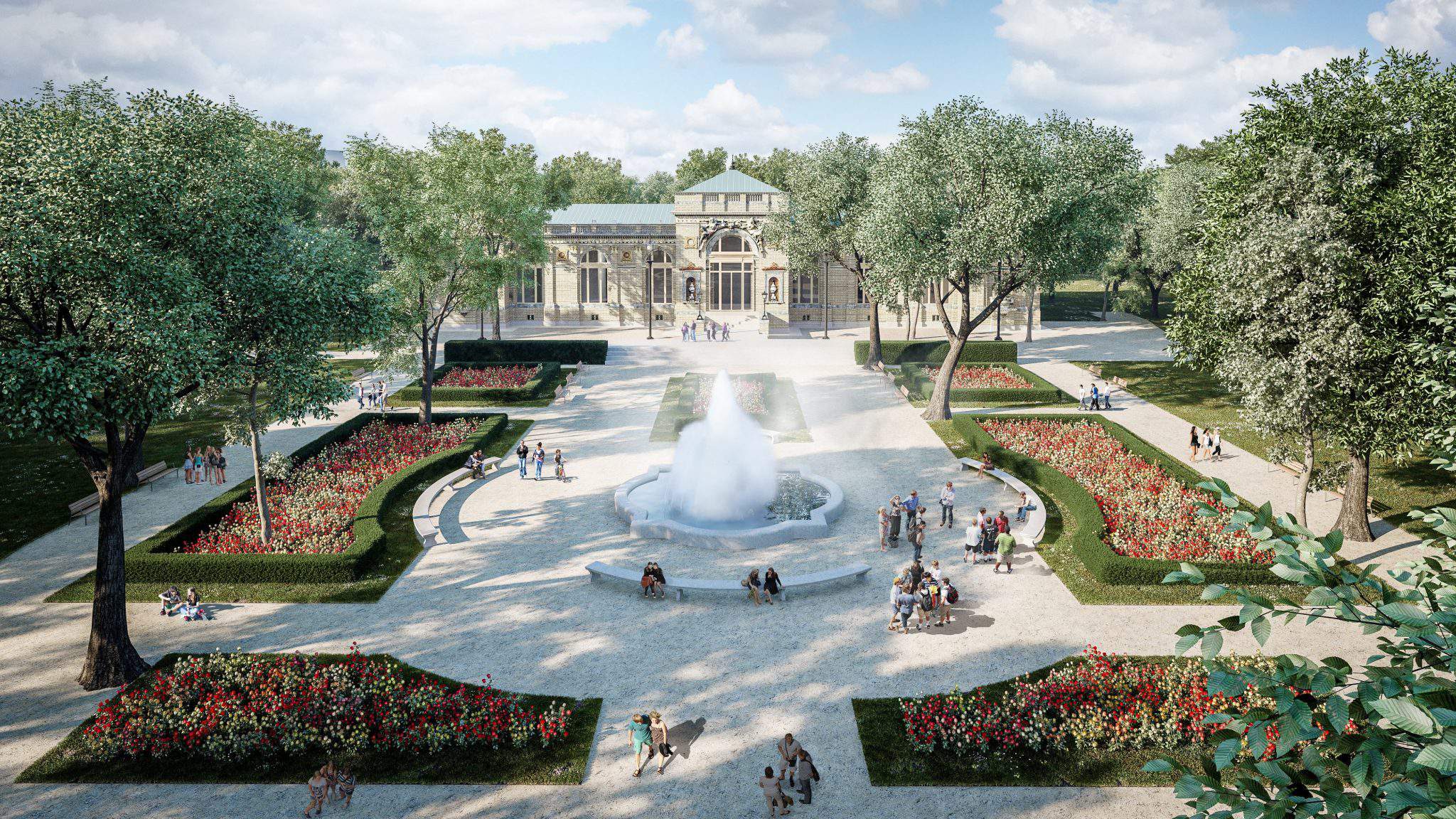 The 1250 square metre area of the building is renewed as a cultural venue, including interactive viewpoints and an auditorium for activities of museum pedagogy in the first place. On the opening ceremony of Millennium House, the most eminent events of Városliget are going to be introduced in a digital exhibition. It can be seen in one-hour turns and guided groups, after registration in advance. You can further read about the projects of Városliget (City Park) here.

Párbeszéd lawmaker Tamás Mellár has slammed the government's "populist economic…
Despite billing itself as the summer Grand Slam, the Australian Open was brought to…
We and our partners use technologies, such as cookies, and collect browsing data to give you the best online experience and to personalise the content and advertising shown to you. I accept
Privacy & Cookies Policy