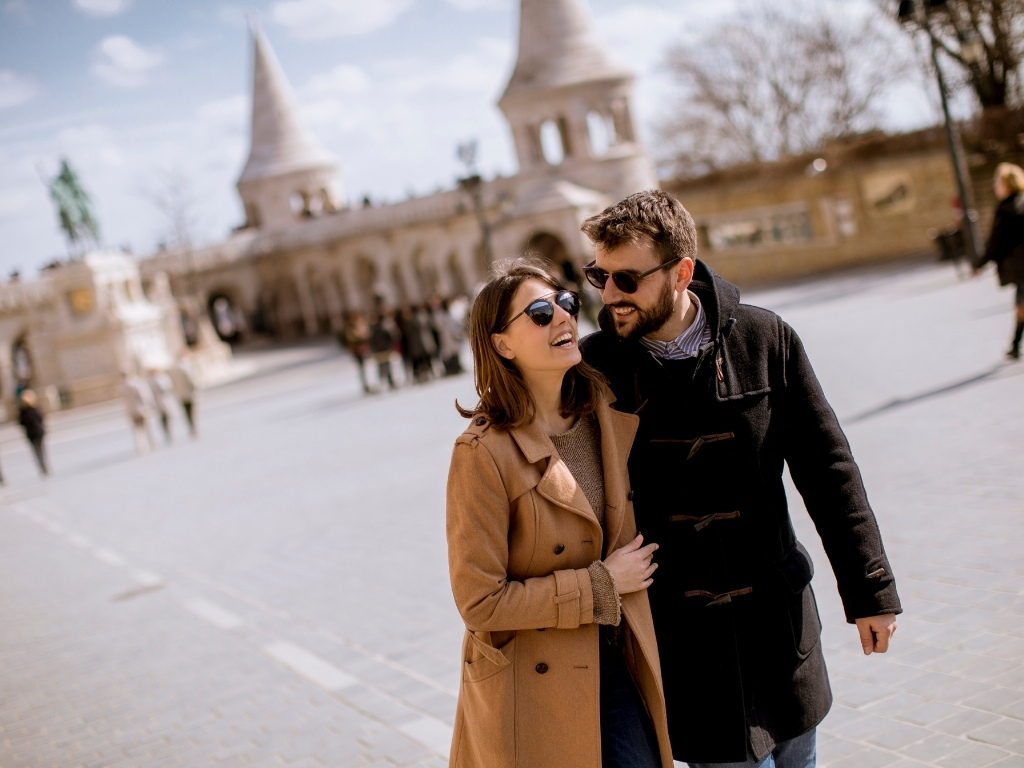 We believe that you can find love anywhere in the world. But what if your heart is beating fast for a charming Hungarian and you want to know what to expect in the long run? Perhaps you have already tied the knot, and now you wonder if other people have to put up with the same antics? Dating a Hungarian can be a bit of a whirlwind at times but it’s definetly an experience!

Whether you loathe them or laugh at them, cultural stereotypes are here to stay. We have collected a couple of funny and interesting anecdotes from expats and foreigners who are doing the bravest act: dating a Hungarian!

We advise you to take these multicultural love stories with a grain of salt, as we all know that each and every person is different in his or her own unique way!

Love struck suddenly and unexpectedly in Emre’s case when he was CouchSurfing in Germany. He happened to crash at this globetrotter Hungarian girl’s pad and from that night on things moved pretty quickly. Fast forward three years, the couple happily lives together despite a few cultural differences.

Dating a Hungarian wasn’t always rainbows and butterflies. In the beginning, Emre struggled to gain the acceptance of his girlfriend’s family. According to him, elderly Hungarian people who live in the countryside tend to keep foreigners at arm’s length until they get to know them closely. Although, a couple of pálinka shots can always accelerate the process. Find out what other issues can be resolved with a glass of pálinka!

Emre feels that sometimes his partner is too proud of her origin as she believes only Hungarians can do the job well.

For instance, she refuses to see a doctor in Germany even though her insurance would cover the costs.

On a positive note, he praises his girlfriend for being a very honest and transparent person. She is a bonafide bookworm and is genuinely interested in other cultures. He views his partner as a perfectionist who always wants to do everything accurately and up to the highest standards. He has also pointed out that he personally likes it that his sweetheart doesn’t wear that much makeup as the women in his country.

Liam and his Hungarian girlfriend’s romance began in the virtual sphere as they met on a gaming site. They have been together for 9 months and are about to tie their life together once Liam is able to sell his house in the UK and move to Hungary. Apart from finally sharing the same roof with his love, he is also excited about all the gastronomical adventures he is going to embark on. He lives and breathes for the smoked village sausage as well as for anything that contains paprika cream.

Liam considers himself a lucky guy as his partner is very chill and accepts all his quirky habits. He also points out that friendship between opposite genders is more common among Hungarians. It spares a lot of arguments.

Liam feels that her girlfriend genuinely wants him in her world. They have very open communication.

His fierce Hungarian girlfriend is not afraid to speak her mind even when they face a difficult dilemma like whether pork goulash or stuffed cabbage should be served for dinner.

She is a great cook and knows how to treat her guy well. Therefore, Liam’s mum will be assured that she leaves her son in good hands.

Liam says that dating a Hungarian has brough a lot of joy and happiness into his life. The only negative thing he can mention about her is that she doesn’t share his passion for chicken wings and BBQ. After all, no one can be perfect! 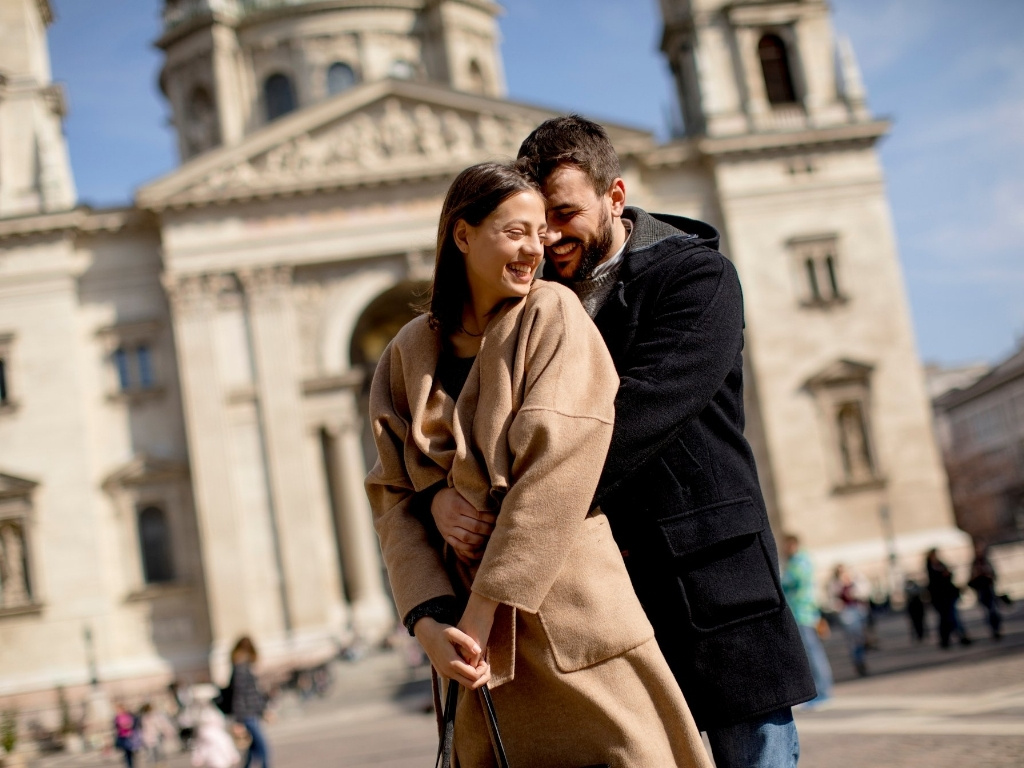 Polina and her Hungarian boyfriend’s story has a couple of twists. They met on a popular Hungarian dating site three years ago but agreed not to get into something serious as her guy got a promising job offer abroad at that time. Their initial friendship didn’t blossom into love until two years once they got back in touch online during the lockdown.

Followed by a short long-distance relationship, Polina has finally decided to make Budapest her base. Dating a Hungarian has definetly taken Polina out of her ‘comfort zone’.

She was at first a bit taken aback by the intricate language but her boyfriend was very supportive and helped her to master it quickly.

To rephrase her words, Polina’s beau exhibits some grandma tendencies. He always double-checks whether she has eaten during the day and warns her not to sit on the floor otherwise she will catch a cold. Wouldn’t we all want to meet such a sweet, old-fashioned character?

Polina always tries to remind herself of these nice traits of his when she is about to lose it over her boyfriend’s slightly pessimistic and negative worldview. On the one hand, she understands that it’s a cultural thing that probably stems from the past era of Communism, but on the other hand, her guy often makes matters worse by oversharing every little detail of their life among friends when he is in a complaining mood. Nevertheless, Polina appreciates his down-to-earth realistic nature, and wouldn’t change him for the world.

There were sparks at first sight when Dewi locked eyes with that tall handsome Hungarian guy in the church choir. They were both spending their gap year in London and destiny arranged for them to be at the same place at the same time to practice their faith. Nineteen years on, they are happily married and raising their children in Hungary. According to Dewi, dating a Hungarian has its ups and downs.

Although she couldn’t wish for a more devoted husband, at times he still drives her mad with his headstrong and stubborn approach.

She recalls a time when they wanted to hang their children’s preschool graduation picture on the wall but couldn’t find the hammer in the apartment. As a resourceful Indonesian woman, she would have grabbed anything from the kitchen for driving the nail into the wall. But not her husband! He was going on and on about that the hammer is the only acceptable tool to have the job done. The photo has finally gotten to the right place, but her husband’s rigidness and narrow-mindedness still give Dewi a hard time.

As an expat living in Hungary, Dewi first struggled to find like-minded people and integrate into the culture but her Hungarian knight in shining armor stood by her side the whole time. Her husband wouldn’t stop until he made sure that his wife completely felt at home in the new environment. After all, this Hungarian stubbornness can be a positive trait in the end.

Stavros stumbled upon the woman of his dreams in an unusual setting. They met as colleagues at a London-based gyros deli where they shared both lamb chops and kisses until they decided to relocate to Greece.

Stavros hasn’t experienced any cultural clash as he believes there are quite many similarities between the two countries. Both nations are fairly proud of their once glorious past, keep their great traditions alive, and love rustic meat-based dishes. Perhaps, the overlap of some historical elements also makes it easier to relate to one another. In the distant past, both countries has suffered Turkish invasion which left its imprint on the two cultures.

He describes his girlfriend as someone who values honesty, has good manners, and is very family-oriented. She deeply cares for her loved ones and shows them a lot of affection. His woman takes commitment seriously. She would rather go for a Sunday family lunch than for a brunch with her friends. He’s not sure whether these qualities derive from her girlfriend’s ethnic background, but nevertheless, he’s grateful for them.

There is always a playful competitiveness between the multicultural couple when it comes to food. Stavros insists that his local dishes are superior to the specialties of Hungarian cuisine.

He still remembers the sheer terror when once his girlfriend made him try a bowl of greyish bread crumbs soaked in a sticky gooey pudding (a.k.a the famous mákos guba) as a sweet afternoon snack.

As you see Hungarians come in all shapes and sizes, it’s hard to generalise a whole nation. Nevertheless, we hope you enjoyed these multicultural dating stories. Dating as an expat is never an easy task but when you find the one all your efforts will pay off!