New accessible pathway in the Jeli Arboretum famous for its rhododendrons

The second section of the new accessible path of the Jeli Arboretum was inaugurated last Thursday in Vas County, close to the village of Kám. Travelo.hu writes that the workers of forestry involved the representatives of the blinds in the process, so the place turned out exactly how they imagined it.

The first section of the pathway was inaugurated in May, 2014. 25 braille boards inform visually impaired people about the plants along the 800 metre long accessible walk. A special walk leads from the accessible parking lot to the cash desks, the lavatory and the main entrance. The audio guide system also helps them.

The new section consists of a 660 metre long path with 13 new boards and a huge welcoming board. The new boards don’t only have the texts in Hungarian and braille, but also in German. This new section is connected to the old one in three points, but, all in all, it leads to less known parts of the arboretum. If you get tired you can rest in the renovated preservatory house or on the comfortable benches. 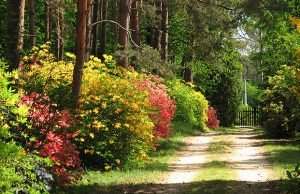 The accessible pathway leads visitors to the part of the arboretum richest in species, which presents the heritage of Count István Ambrózy-Migazzi, the founder of the arboretum. 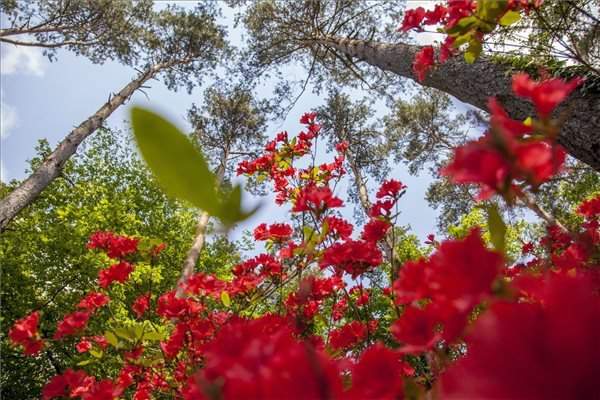 The famous rhododendrons blossom from the beginning of May until the end of June on the 107 hectare Jeli Arboretum. It is the most beautiful and most spectacular period, which attracts thousands of visitors. However, professionals suggest visiting the arboretum in other times as well, since hundreds of pines and deciduous trees can be found there; different species were brought there from the Caucasus, Balkan, USA – from all around the world.