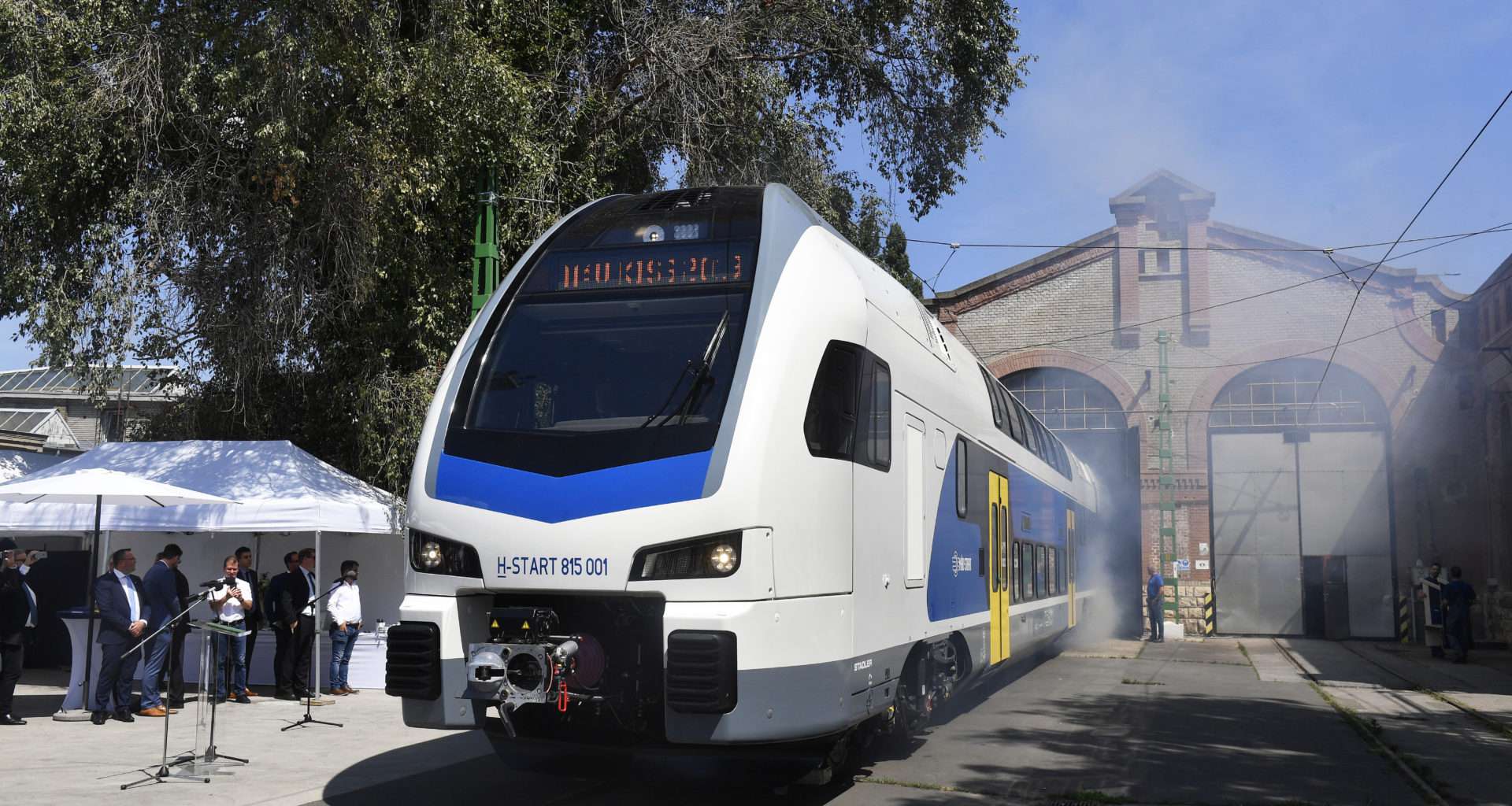 MÁV ordered 40 KISS “double decker” trains altogether, 11 in the first phase in 2018. These first 11 trains are scheduled to commence operating in Dunakeszi in February 2020, hvg reports.

Then, 8 more trains are scheduled for the beginning of 2021. Two KISS trains have been constructed so far. First, these trains must go on trial runs in order to obtain a permit (service authorisation) for all the other trains of the same type; one goes to Germany and the other one goes to the Check Republic.

The Stadler KISS is a family of bilevel electric multiple unit commuter trains developed and manufactured by Swiss Stadler Rail. In the early stages of development, the KISS was known as the Stadler DOSTO, derived from the German word Doppelstock, meaning “double decker”. Since September 2010,

the company refers to the train as “KISS”, which is an acronym for komfortabler innovativer spurtstarker S-Bahn-Zug, meaning comfortable, innovative, sprint-capable suburban train in English.

MÁV believes that these new trains will contribute to the development of service quality by making the travel far more comfortable and faster between Budapest and Dunakeszi.  CEO of MÁV, Róbert Homolya called these new trains the imperial walkers of the company.