New waste collecting ship in service on the Danube

A new, environmentally friendly method of waste collection has been introduced in Budapest in the form of the Tersus waste collecting ship, which is responsible for trash collection from the ships on the Danube and establishments on the banks of the river, origo.hu reports.

The complete project cost 65 million forints (approx. 200 thousand euros), Gábor Spányik of the MAHART PassNave shipping company disclosed. This included the ship, its pontoon, and the infrastructure on the shore.

The MAHART Services has highlighted the issue that the daily waste collection on the roads, from the moored restaurant ships, the international hotelships, and the eventships constitute a serious burden for the lower embankment in Pest. 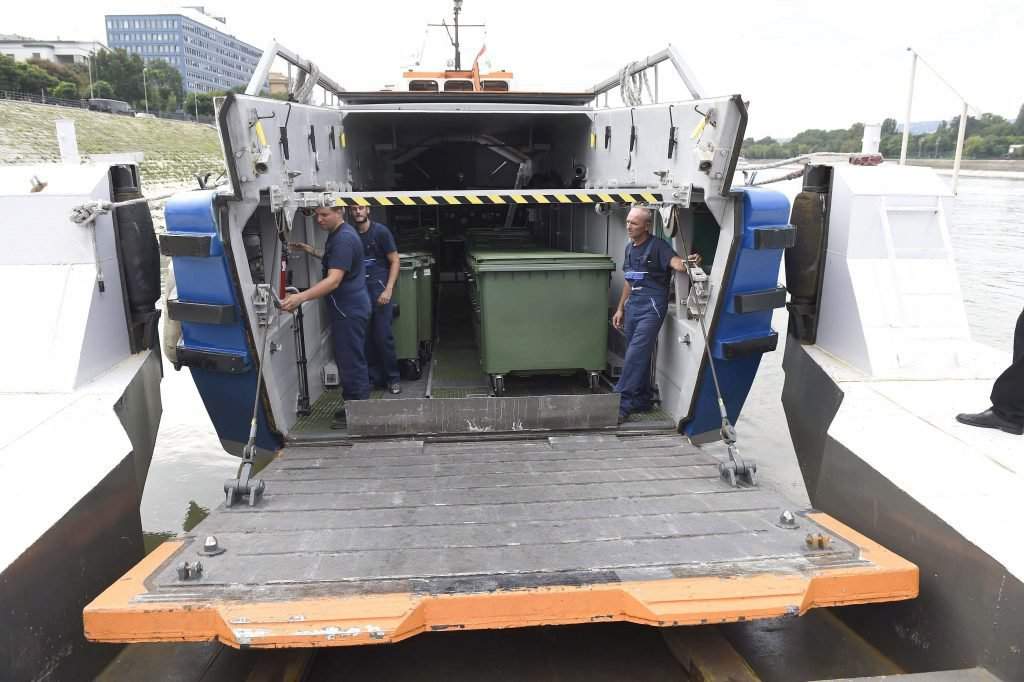 The MAHART PassNave purchased the ship from the Netherlands, and then it was turned into a waste collecting watercraft.  The ship is 17.5 metres long and 4.72 metres wide, so it’s easy to manoeuvre.

Collecting the trash from restaurant and hotel ships from the side of the river seems like the obvious solution, said Balázs Szeneczey, deputy mayor of Budapest at the opening ceremony of the Garam 2 reconstructed pontoon. This method relieves the embankment, and reduces noise and pollutant emission as well.

The project could provide an example for other cities as well, since so far this method is employed only in Amsterdam.

Based on the results of the first few months the waste collector ship can transport around 30-40 cubic metres (approx. 16 tons) of trash a day, which will be then recycled. This covers the needs of 7-8 ships of 180 passengers each.

Budapest economy European Union Fidesz Government History Hungary migration Ministry of Foreign Affairs tourism Viktor Orbán
Some 30-40 Hungarians are on a tourist boat quarantined due to suspected coronavirus…
The ties between Hungary and Coatia are excellent but could improve even further,…

Air quality readings by ‘citizen scientists’ are revealing a...
The coronavirus is likely to reach Hungary, and the Hungarian government is preparing…
We and our partners use technologies, such as cookies, and collect browsing data to give you the best online experience and to personalise the content and advertising shown to you. I accept
Privacy & Cookies Policy