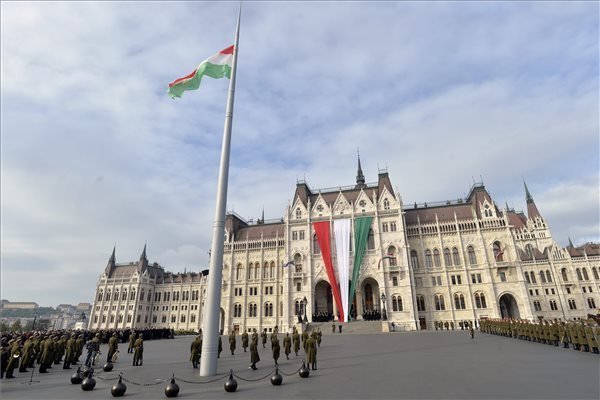 Budapest, October 23 (MTI) – Hungary’s national flag was hoisted in front of the Parliament building on Friday, in a state commemoration marking the anniversary of the anti-Soviet revolt which started on October 23, 1956.

The ceremony was attended by House Speaker Laszlo Kover, Tibor Benko, chief of staff of the Hungarian military, and diplomats.

A series of commemorations and programmes will be held across the country during the day to pay tribute to heroes of the failed revolution and freedom fight. 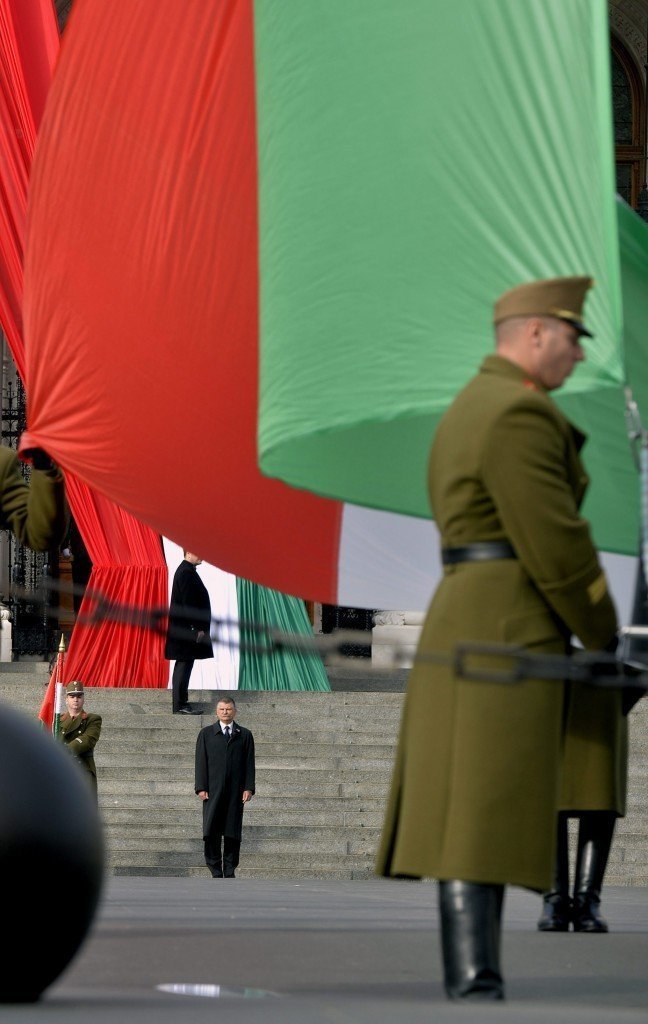 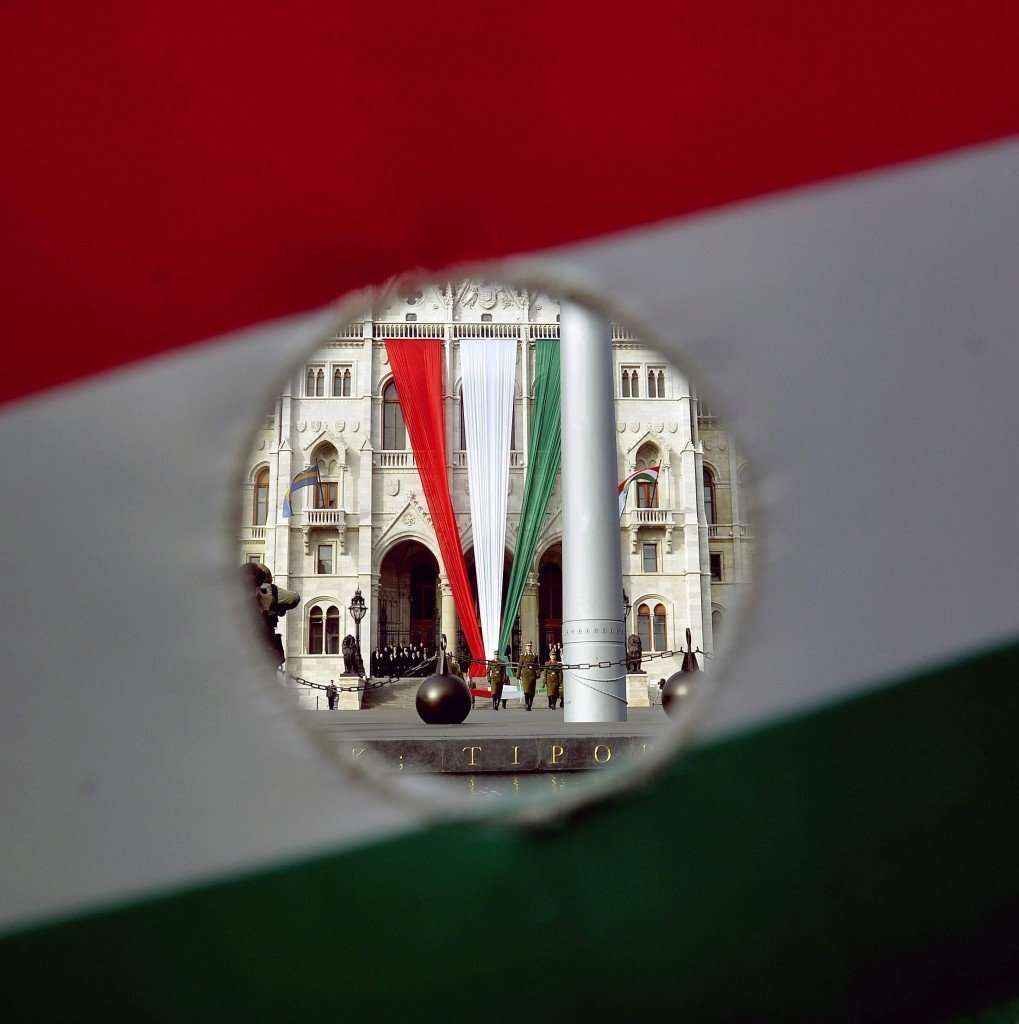 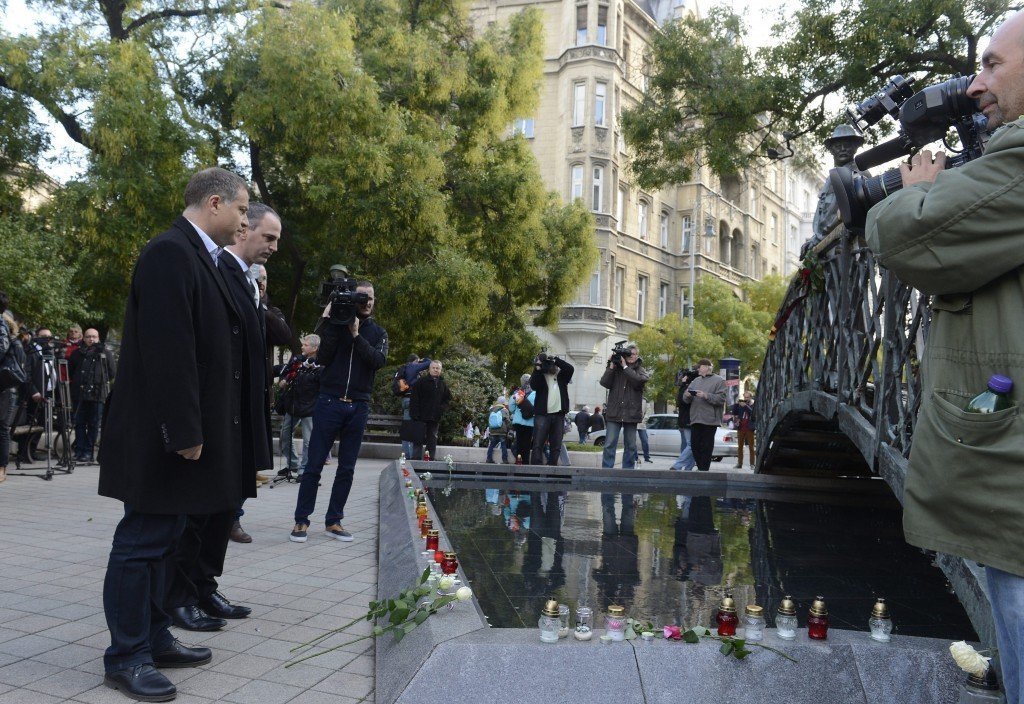 Hungary’s democracy is rooted in the anti-Soviet revolt of 1956, Lajos Kosa, group leader of ruling Fidesz, told a commemoration held in Debrecen, eastern Hungary, on Friday.

Hungarians in 1956 were not reluctant to protect their country; similarly “we must not falter: we must protect Hungary, Europe, and European values,” Kosa said in his address.

“The gates are open but the fence is not,” Kosa said, and insisted that while the Iron Curtain was “bars on a prison”, Hungary’s fence along its southern borders “serves to protect freedom”.

Despite the “attempts of appropriation” during the past few decades Hungary’s 1956 revolution and freedom fight belongs to the whole nation, Viktor Szigetvari told a commemoration held in central Budapest on Friday.

The head of the opposition Egyutt (Together) party paid tribute to the heroes of 1956, recently deceased former President Arpad Goncz and commemorated “Hungary’s freedom”. He argued that Hungary was “doing badly” in terms of the latter cause.

Perpetrators of crimes committed during and after Hungary’s 1956 revolution have not been prosecuted in the past 25 years, Janos Lazar, head of the prime minister’s office, said on Friday.

“Hungarian society owes justice” to victims of those crimes, Lazar said in his address at a commemoration held in his native Hodmezovasarhely.

Several hundred people were executed and tens of thousands were imprisoned after the revolution “and the real criminals got away without punishment”, Lazar said. He called it shameful that the recent trials of former communist leader Bela Biszku were held under “farcical circumstances”.

Freedom should be matched with advancement, Gyurcsany says

Freedom can only become reality for many if it is matched with the possibility of advancement, Ferenc Gyurcsany, head of the opposition Democratic Coalition said in Budapest on Friday.

Speaking in front of the 1956 memorial in the City Park, the former prime minister said Hungary is free and independent and the ideas of 1956 are alive in this sense, but those who joined the demonstrations on October 23, 1956, wanted more than that, they demanded a better life.