Fidesz has betrayed the Hungarian Roma and the ruling party does not deserve the vote of a single Roma, Bence Tordai, the deputy leader of the Párbeszéd opposition party, said on Saturday.

According to Népszava, the speech was recorded on December 29 in a hotel at a meeting organised by the ORÖ (Hungarian National Roma Community).

The Párbeszéd politician said the head of the Directorate-General for Social Opportunity operating under the interior ministry had effectively “attacked democracy”.

Accordingly, the party has written to Sándor Pintér, the interior minister, for information regarding the contents of the video, he noted.

According to 444, MTI reacted by saying that “the purpose of the invitation was to have a dialogue with the members of the general assembly of the ORÖ. The conference was organized due to ORÖ’s situation, nearly breaking apart”.

Momentum politician Lajos Lőcsei told the same press briefing that the leaked footage proved that Fidesz government officials were “eavesdropping and intimidating public figures” beyond their own circle.

Sándor Berki, Párbeszéd’s rapporteur for ethnic minorities, said the footage uncovered Fidesz’s true stance on Roma policy, and the only way the Roma could move forward would be with a cleansing of Roma public life. 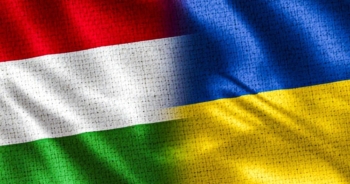