Prime Minister Viktor Orbán will send letters to ethnic Hungarians abroad in the coming weeks and ask them to cast their ballots in Hungary’s general election scheduled for next spring, the parliamentary state secretary of the Prime Minister’s Office said on Facebook on Sunday.

Csaba Dömötör noted that December 5, 2004 was a “hardly forgettable trauma” in Hungary’s policy for Hungarian communities abroad, referring to a referendum that rejected the grating of citizenship to ethnic Hungarians abroad.

The state secretary noted that Hungarian parliament had since then passed a law on introducing dual citizenship, and over 1.1 million Hungarians abroad had taken the opportunity.

Why do thousands of talented students leave the Hungarian education system?

“Hungarians abroad are now entitled to participate in making decisions on our future, and express their views during the general election,” he said.

The prime minister will now ask them to take part in common decision making and participate in the vote, Dömötör said. 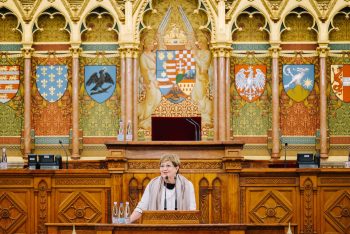