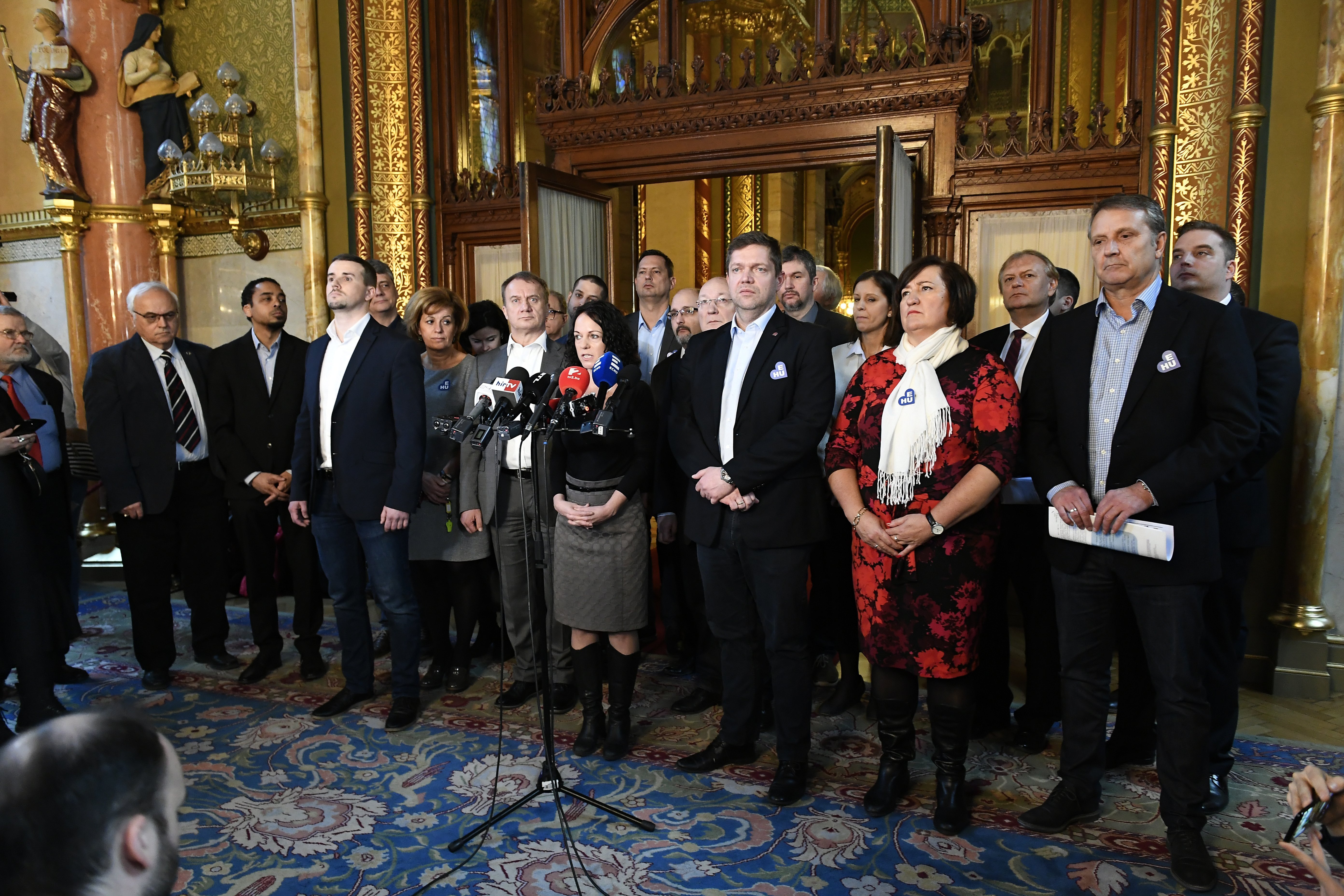 Opposition MPs walked out of parliament’s first 2019 sitting on Monday and said they would visit a Suzuki factory in Esztergom in the afternoon to protest against the December 2018 amendments to the labour code dubbed the “slave law”.

The government and ruling Fidesz planned to hold a “propaganda day” at parliament only to distract attention from reality, Socialist leader Bertalan Tóth told a joint press conference. The opposition will not allow the unity forged against the “slave law” to be destroyed and will make sure that the issue is not removed from the agenda, he added.

The unity of the opposition will also be demonstrated at the Suzuki factory which not only plans to raise the number of overtime hours but also to “trample on” the current regulations.

The Hungarian Suzuki company in early February laid off a worker just after he had been elected secretary of a newly formed trade union of metalworkers.

László Varju of the Democratic Coalition said that

protests against “the slave law” have been held throughout Hungary and 2.5 million people have expressed their opposition to the government’s actions.

Parbeszed co-leader Tímea Szabó said they would not listen to the lies that the prime minister and its government want people to “burden with”. She said 2019 would be a year of slaves and not the year of families as the government had promised.

Antal Csárdi of green LMP said they would not assist the “flood of lies” coming from government MPs. When the cabinet approved “the slave law” it made a final move against the majority of workers and the opposition’s task now is to take action in the situation that has emerged. This is why they would visit the Suzuki factory and send a resolute message to companies that see “the slave law” as an opportunity for development, he added.

“national resistance” would be maintained not only in parliament but also in the streets as long as “this lowly regime is dismantled”.

Independent lawmaker Ákos Hadházy said they would reject the “humiliating rules” that fail to ensure equal opportunities for the opposition.

Independent MP Bernadett Szél said they would not participate in a “propaganda Monday” because they have a duty to work for the people whose representation the ruling parties refused to undertake.