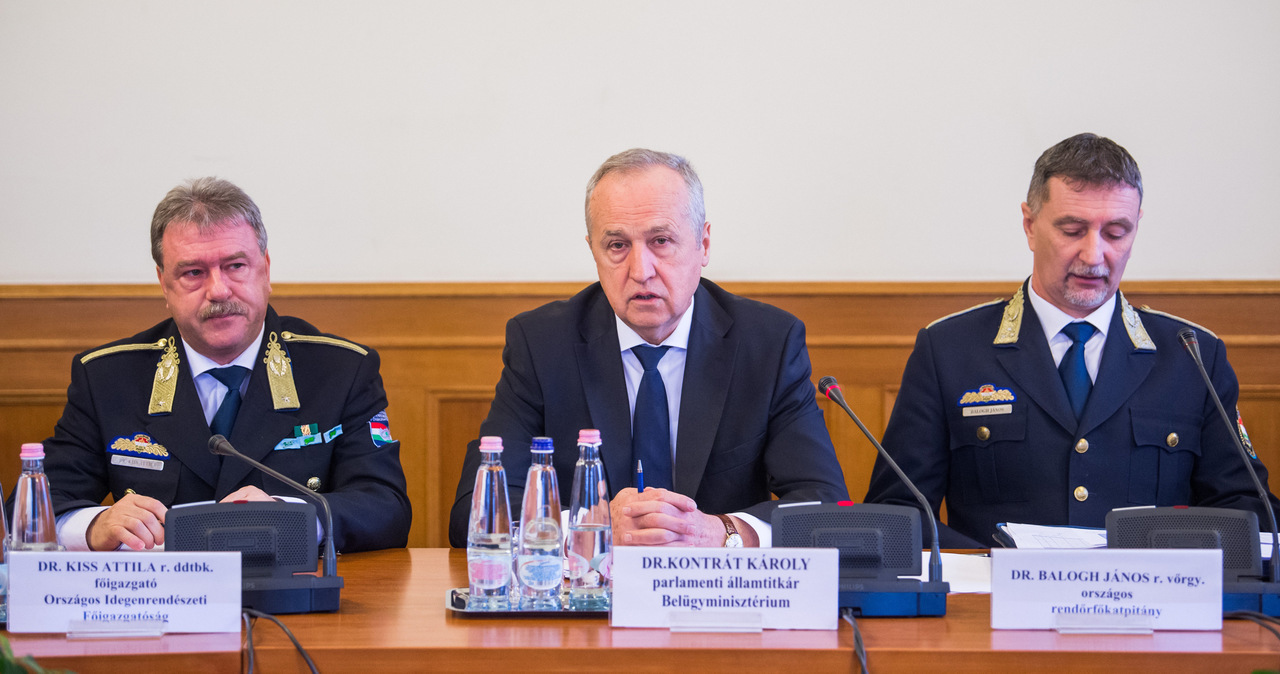 The government had taken the necessary measures, Károly Kontrát, parliamentary state secretary at the interior ministry, said in the briefing to the national defence and law enforcement committee. It has strengthened the protection of the southern border and extended the national state of emergency due to mass migration to Sept. 7.

He said the European Union had so far failed to respond adequately to the migration crisis, though at the last meeting of EU interior ministers, it was agreed that protecting the external borders should be a priority, he added.

The announcement by Turkish President Recep Tayyip Erdogan that Turkey would no longer hold back migrants put even greater pressure on the Hungarian borders, he said.

Tamás Menczer, a state secretary of the foreign ministry, said

political “pro-migration forces”, including NGOs, had “not gone away”.

He also said that European security now depended on the Turkish president. He said the Hungarian government supported all agreements and ceasefires aimed at ending the armed conflict in Syria to ensure that migrants in Turkey do not head for Europe. An additional two million people in Syria could, if the situation escalated further, head for Turkey.

the Hungarian government’s hardline stance on illegal migration since 2015 had since been vindicated.

Tamás Harangozó, an opposition Socialist member of the committee, said the Turkish president’s “political blackmail” on the migration issue had caused the greatest panic. He insisted that in the midst of the new coronavirus epidemic, the Turkish president’s deeds were tantamount to “a war crime”. He added that the situation presented a real danger to Hungarians.

Lajos Kósa, the (Fidesz) chairman of the committee, said that

since the 43rd week of 2019, the number of migrants had increased significantly.

In the past 24 hours, 142 people have tried to enter Hungary illegally. Since Jan. 1, action has been taken against 8,284 people, another official said, noting wide-scale people smuggling was a problem, with 89 associated criminal proceedings launched in 2019. Smugglers are not typically Hungarian but Serbian, or people who previously migrated to Hungary, János Balogh, the head of the national police, said.

He added that many interceptions of migrants take place not only at the border but on highways deep into Hungarian territory, so immigration police are active throughout the country.