European Union Hungary Viktor Orbán Visegrád Four
The Visegrád Group countries at the European Council summit in Brussels will be fighting to secure lower energy prices for families, Prime Minister Viktor Orbán said in a video on Facebook on Thursday.
Orbán said energy prices would be the most important topic at the meeting of EU leaders, as “gas and electricity prices have straight up exploded in Europe … due in large part to poor regulation by Brussels”.
“We, along with the Poles, the Czechs and the Slovaks will initiate changes to energy pricing rules and making energy cheaper for families,” he said. “We also want to prevent Brussels’s plan to levy a tax on homeowners and car owners.”

“The Czechs, the Poles, the Slovaks, the Hungarians and possibly the Bulgarians will be fighting together to protect the interests of families,”

Orbán said.
The prime minister said he expected talks to go late into the night. 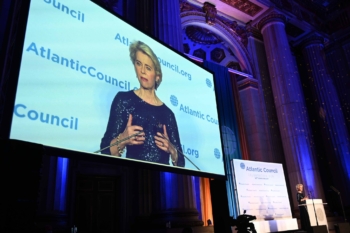