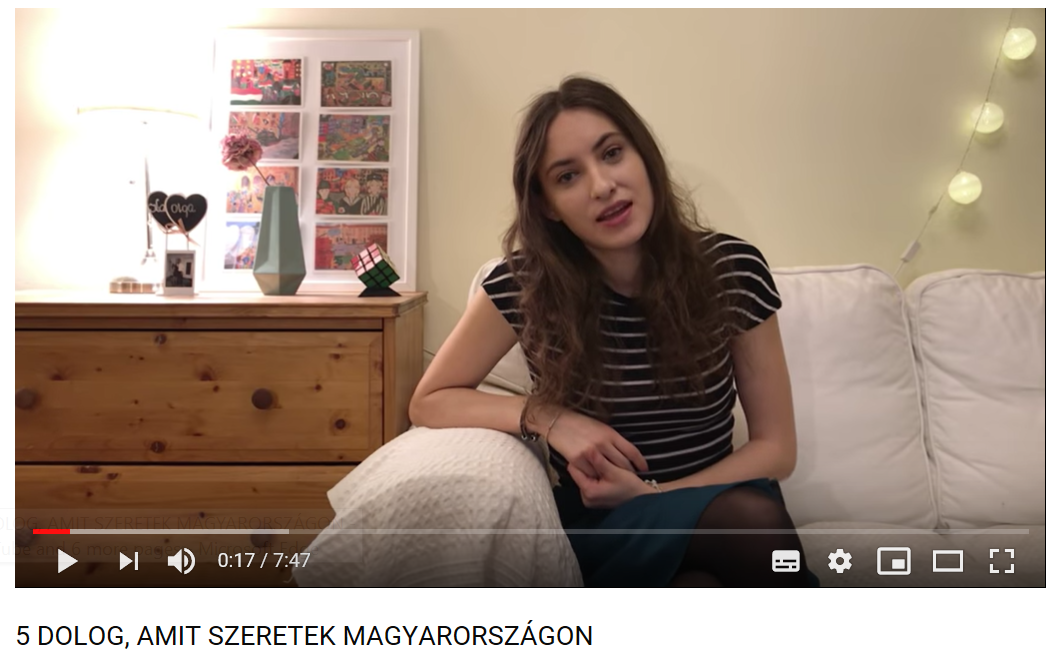 The Hungarian language is one of the most difficult languages to be learnt by non-natives. This makes the fact that a Polish girl decided to go ahead and face the challenge of learning to speak the language, documenting her journey online and securing followers from both Poland and Hungary in the meantime, all the more impressive.

Her channel offers refuge to those seeking to learn more about Polish-Hungarian relations and about the friendship that exists between the two countries. She found the perfect balance: some of her videos are in Polish, to help spread information about Hungary and Hungarian culture among Polish people, while some of her videos are in Hungarian, to gain Hungarian viewers and to help with her language learning journey.

Olga majored in Hungarian studies at university; however, due to other obligations, she could not finish her degree – reports Femina. She is working at the moment but does not want to forget everything she learned at uni.

That is why she started the channel – to practice the language and make progress with it anyways, even if it cannot be in an academic setting.

Her first video served as an introduction to her background and motivations for learning the language.

“Hi, my name is Olga, and I am from Poland. I started my channel a few weeks ago, where I speak Hungarian. I want more people to see it, so I thought I could write about it here. I would be grateful if you helped me find other places to share it on the ‘Hungarian web’, and please subscribe.”

She received encouraging messages and a lot of support on her videos. By now, she has over three thousand subscribers, and some of her videos have tens of thousands of views already. She offers content from various fields, dealing with both Polish and Hungarian culture.

She knows a lot about Hungarian literature, for example. Her favourite authors include Sándor Márai and Péter Esterházy. She is also fascinated by Hungarian history, especially the events of 1956, but she also follows current Hungarian politics closely.

However, there is one aspect of Hungarian life she is not a fan of – gastronomy. Although Olga admits Hungarian dishes taste good, healthy eating is important to her, so she is not crazy about the greasy and fatty foods of Hungarian cuisine.

Like anyone else of her age, she is also a fan of films and music. She has lots of Hungarian artists on her playlist, but she also actively participates in any Hungary-related event organised in Poland. She recently founded an online portal with her friends, focusing on programmes and events in Hungary as well as anything Hungary-related, all written in Polish. Their aim is to bring the two nations closer together, and they seem to be on the right path – the just three-people editorial staff had to be expanded and now employs about fifty people.

When it comes to living in Hungary, it is not in her plans right now. She visited the country a few times already and had the opportunity to get to know Budapest quite well when she worked in a hostel. Later, she and her friend hitchhiked all the way to Pécs, Siófok, Székesfehérvár and Győr, too. Nevertheless, she is still passionate about the culture and making the ties between the two countries stronger.

We wish good luck to her journey! 😉

For more news, check out this article about a Polish artist’s works of beautiful Hungarian landscapes.