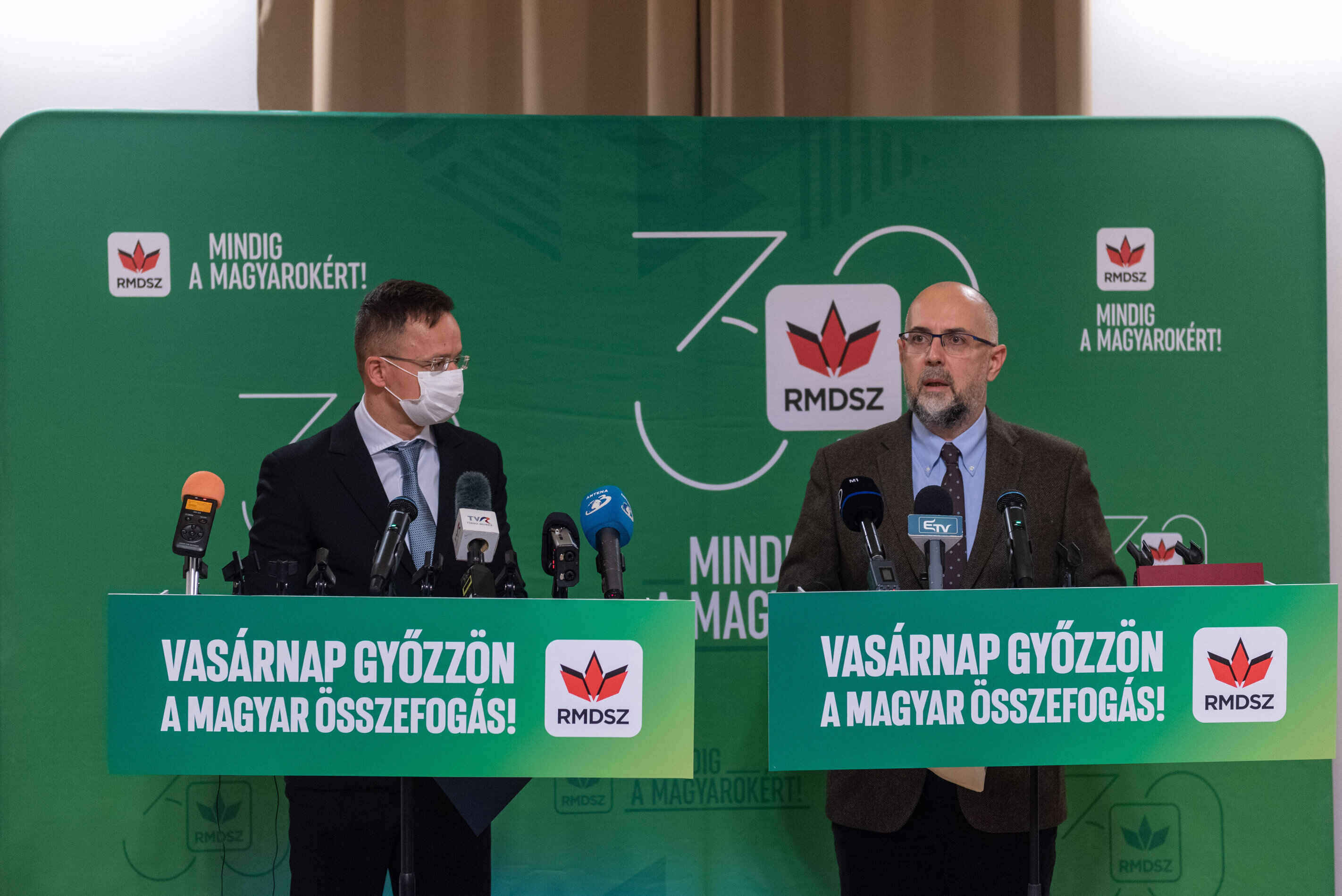 “It is not just those living in Romania who should vote but also the hundreds of thousands or millions in the diaspora,” the deputy PM in charge of Hungarian communities abroad, church policy and national and ethnic minorities said on social media on Friday.

If members of the diaspora do not vote in large enough numbers, Hungarians may not be able to secure the level of representation they need in Bucharest, Semjén said.

The Hungarian Socialist Party has for long nurtured good relations with the Democratic Alliance of Hungarians in Romania, and it has also been providing help to RMDSZ during the coronavirus pandemic, Molnár said in a video message on Facebook on Saturday.

He called Sunday’s ballot important from the point of view of the entire Hungarian community, and he appealed to those eligible to seize the opportunity and cast their ballots.

Meanwhile, Miklós Kásler, Hungary’s human resources minister, has also appealed to Hungarians in Romania to go out to vote.

“If Hungarians don’t stand up for themselves, others will not be there to do it for us,” the minister said on Facebook.

Hungarian political organisations are fielding candidates on a joint list in this year’s Romanian parliamentary elections. Candidates of the Transylvanian Hungarian Alliance are running their candidates together with those of RMDSZ.

Romania election – Votes can now be cast in Hungary

It is possible to vote in Hungary this weekend in the Romanian parliamentary elections taking place at the end of the week, the Democratic Alliance of Hungarians in Romania (RMDSZ) said in a statement.

Voters can cast their ballots in seven polling stations between 7am and 9pm. local time.

Romanian citizens with foreign permanent or temporary residence can vote. IDs that have expired since March will also be accepted in view of the restrictions connected with the coronavirus pandemic.