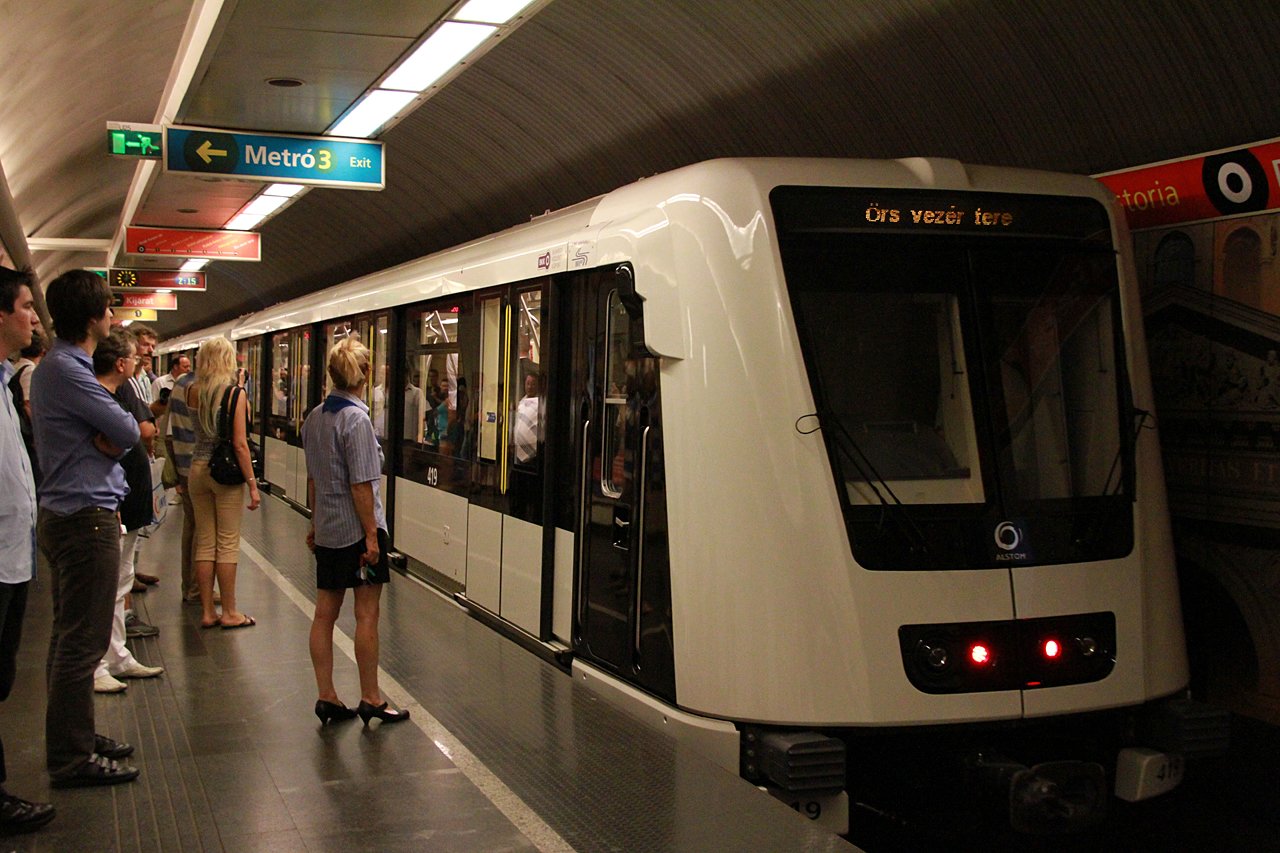 The last phase of the refurbishment project of metro line M2 is the replacement of the signalling system which has been in operation for more than 40 years. The prerequisite of the installation of the new, computer-controlled and modern equipment was the entering into service of the entire Alstom train fleet. The separate elements of the new system will be tested collectively on the full length of the metro line at several weekends and on weekday evenings in October. The trains are not permitted to transport any passengers during the test period, therefore replacement buses will be operating between Déli pályaudvar M and Örs vezér tér M+H.

Due to the testing of the signalling equipment the trains will not operate on the following days:

The M2E buses provide a fast connection between Déli pályaudvar and Széll Kálán tér, and between Buda and Pest.

Buses will be running on the M2E line every 2-3 minutes while on the M2 line every 5 minutes during the daytime, thus the headway on the route section between the Örs vezér tere and Astoria served by both lines will be 1-2 minutes. Some of the replacement buses will be low-floor and air-conditioned. BKK attendants and information boards will provide information to passengers at the bus stops. The departure times of the last connecting lines for the day will be adjusted to the arrival times of the last replacement buses.

Required transfers between the two replacement bus lines, M2 and M2E, do not constitute a regular connection, thus there is no need to validate a new single ticket: single tickets, also from a block of 10 and transfer tickets are valid for onward travel. Please note that the other end of the ticket (the end without a number grid) needs to be stamped or punched with the validating machines, in the case of tickets from a block, the individual tickets have to be torn out to do this. Transfer tickets have number grids at both ends; therefore no revalidation is needed at the other end.

It is also not necessary to validate a new single ticket when transferring to another transport mode – tram or another bus line – between Széll Kálmán tér and Déli páyaudvar.

The special, short-section metro tickets are only valid for 30 minutes on the replacement buses as well.

The last phase of the transition to a full Alstom fleet

The development of metro line M2 started in 2004; the full reconstruction is a HUF 40 billion investment. The last phase of the project is the installation of the signalling equipment and its testing, which has to be preceded by the full operation of the entire Alstom fleet, since the new signalling equipment can only work with the new trains. To control all the vehicles it is not enough to simply check the equipment, the whole system needs to be checked, which is only possible through dynamic tests. As short test periods during the night do not suffice to do this, whole-day tests are needed as in this way the specialists can make sure if the system is capable of starting passenger test runs.

The need for replacement

The line and the depot are served by five signalling system zones, and complicated interior equipment ensures the safe operation and service of the trains. The equipment which was installed in 1970 and 1972 has become obsolete – similarly to the former Russian metro trainsets – so their replacement has become unavoidable. In the course of the development, a central electronic traffic control system will be installed which makes constant train control possible with the verification of real-time speed as opposed to the current location-based point-stopping. This means that should the vehicle exceed the maximum speed for a given section of the route, the system will stop the train. The new, safer operating mode makes even 90-second headways possible, which would also make higher service frequency possible during peak hours.

The new equipment will be one of the most modern signalling systems in Hungary. The advantage is the more effective safety; the system monitors the activity of the driver as well. A similar system is currently being installed on metro line M4.