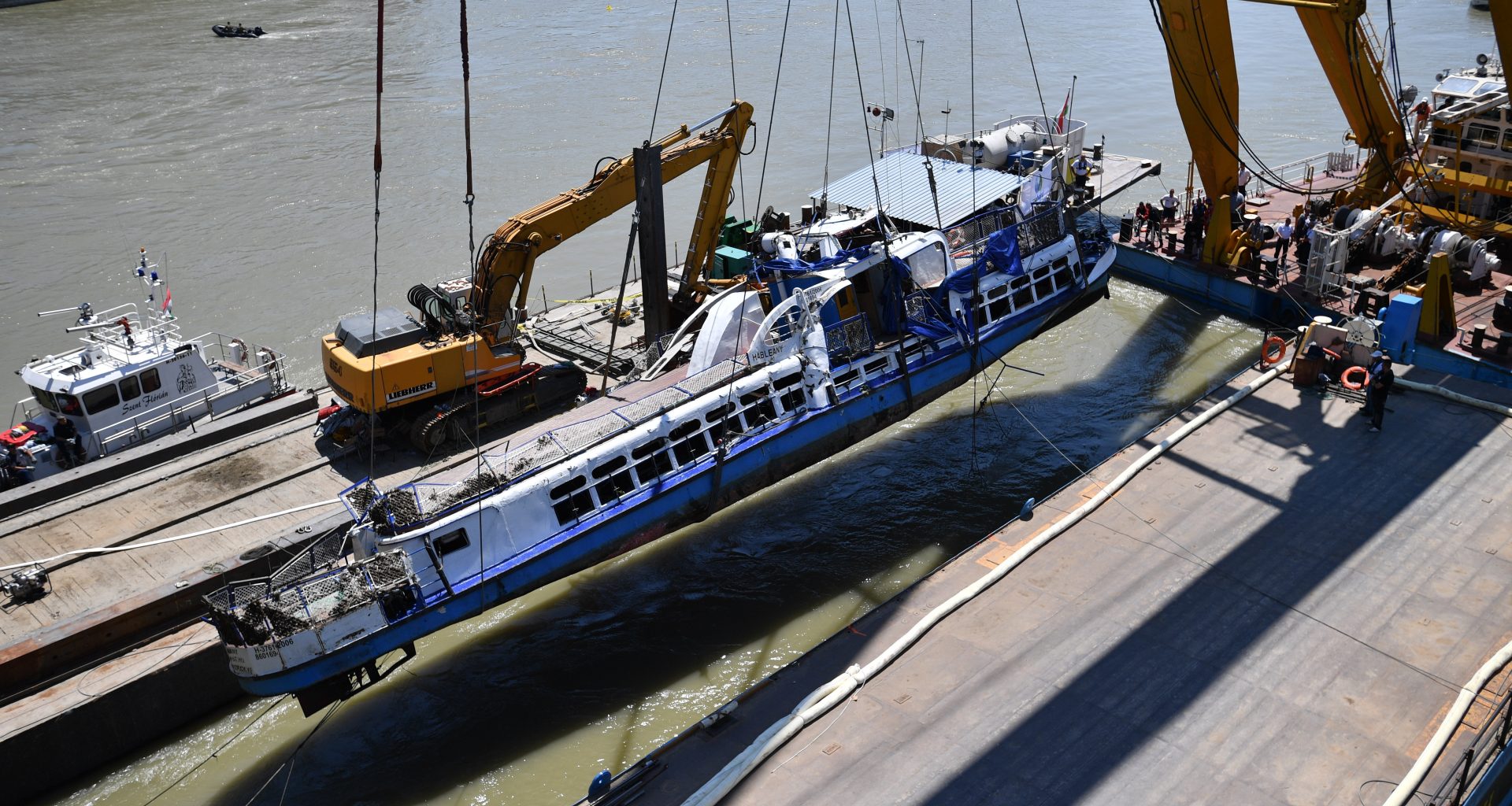 The salvaged wreck of the Hableány pleasure boat may still hold more victims, the head of Hungary’s counter-terrorism force TEK, which handled the salvage operation, told a press conference on Wednesday.

The Hableány was lifted from the Danube on Tuesday afternoon. During the salvage operation, the bodies of four victims were found. Four further victims are still missing. The wreck was taken to the Csepel port in the south of the city to undergo further examination.

The Hableány will be searched for the remaining bodies by the police, Janos Hajdu said.

He said the wreck had a thick layer of river mud inside it which could still hold more bodies.

However, if no more victims are found, it is likely they fell out of the boat at the time of the collision, Hajdú said, adding that the interior ministry has doubled its search efforts along the Danube.

He thanked every organisation that had taken part in and contributed to the recovery and salvage operations over the past 13 days. He also expressed his gratitude to the Austrian, Czech, Norwegian and German organisations that assisted the operations as well as the South Korean divers and consultants. Hajdú also hailed the “objective and fair press coverage” of the disaster and its aftermath.

With the Hableány lifted from the Danube, he said, TEK’s work in connection with the disaster is finished and the case will now be taken over by the Budapest Police Headquarters.

Song Sun-geun, South Korea’s defence attache accredited to Budapest, said every effort will be made to find those still missing after the disaster.

The attache thanked the interior ministry, the Hungarian government, TEK, the Hungarian people, the Czech, Austrian and Norwegian governments, civil groups, the Korean embassy and Korean companies for their contribution to the recovery efforts. Song also thanked Slovakia for supporting the operation by helping to speed up the lowering water levels of the Danube. He also thanked Serbia and Romania for their continued assistance in the search for the remaining victims.

Song expressed his gratitude to Hajdú for his work in overseeing the operation.

In response to a question, Song said Korean authorities had wanted to inspect the inside of the wreck, but the Hungarian authorities had nod allowed it. Only a search dog was allowed inside, but it did not find any bodies, he added.

Asked what the hardest part about the salvage operation had been, the attache said the language barrier had posed the greatest difficulty because there were not enough interpreters on hand.

The Hableány collided with a cruise ship and sank into the River Danube near Margit Bridge on May 29. It had 33 South Korean tourists on board and a crew of two Hungarians. Seven tourists were rescued from the water after the collision. A search is under way along the entire river section downstream from the city to recover the bodies of the four South Korean passengers still missing.