The show must go on! Filming of Hungarian Olympic champion Katinka Hosszú to be continued

The biopic of the Hungarian Iron Lady, Katinka Hosszú, was originally planned to follow her preparation process for the Tokyo 2020 Olympic Games. Despite the unexpected circumstances, the crew decided to continue the show. However, due to the emergency situation, the original venue has been changed. Now, the script is being written by real life.

As Hungarian news portal hvg reports, Katinka Hosszú is happy about the decision. Furthermore, she thinks it is important that the current critical situation also be included. The Hungarian swimmer was shaken by the postponement of this year’s Olympics, but she adapted to the new situation within a few days and has created a new workout plan by now. 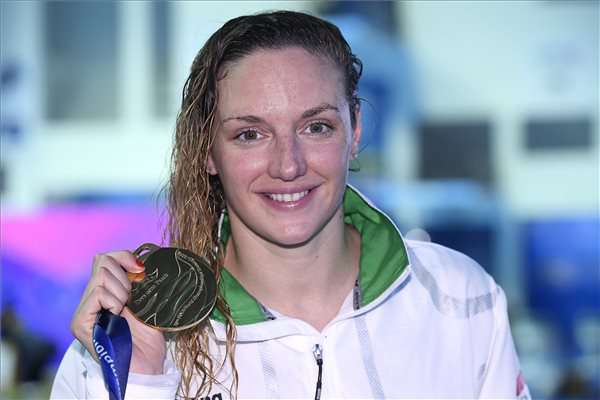 “Due to the pandemic, I now really take care of others and myself. I only go out for training, though I miss competitions a lot. I’m trying to compensate with humour and creativity, and by setting new challenges – I would now like to try boxing, for instance.

I hope that when the movie is released, we will manage to think back on this period with all its pains and hardships as a strange crossroad from which we have learned a lot,”

According to Norbert Pálinkás, the situation has made every documentary filmmaker’s desire into reality. “While filming, an extreme event happens which can be recorded for the future that no one would have guessed. Unfortunately, this can now be realised. Shooting the movie in this critical period is a huge challenge emotionally, physically, and mentally as well, but we are ready for it.”

Besides documenting her preparation for the Olympic Games, the film will also present the biography of the thirty-year-old swimming champion.