The Hungarian armours of the past – PHOTOS 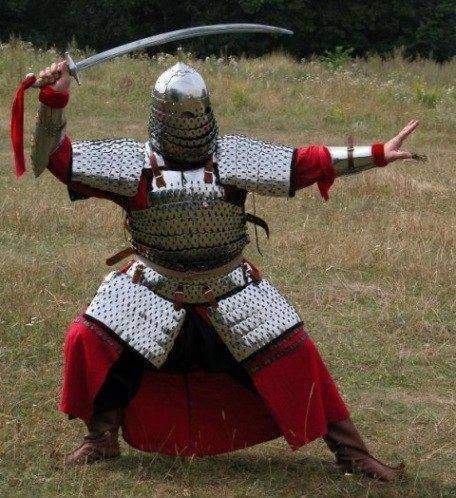 According to Csaba Bíró, whose article was shared by Őseink Hagyatékai, Örökségünk, pieces of armours of the Avar Kaganate heavy cavalry survived the iron teeth of time in about 50 tombs, and as they are rather small pieces it is hard to replicate the armours in the actual and original forms. However, archaeologists could differentiate between several types of Avar armour through exploratory and analysing work.

Several pieces of armours were found in different settlements, including a 44cm piece of a plate armour in a tomb next to a male skeleton, in Hajdúdorog. The most complete founding was the armour from Kunszentmárton which therefore was the main basis of the armour reconstruction made for the Kurultaj event.

Archaeologists claim that the armour was made from more than 300 plates and was found in 1928 in a goldsmith’s tomb. The experimental archaeologists aim to reconstruct these findings based on the manuscripts from the period and also to realistically recreate the items. But, importantly, the items have to pass an actual test where they are tried out in exercises using the period’s military technology and martial arts.

The lamellar Avar armour protected its bearer in the waist area, and there are data that suggest that many of them were even closed in the front. Furthermore, the cavalry’s horses also wore armours: chronicles from Bezant and Eastern wall paintings illustrate their armours as well. There were 6 holey lamellar horse armours found in the Western part of the Avar Kaganate (the area of Austria).

For a while the fabric of the stitching material was questioned: earlier archaeological findings supposed the use of catgut, whereas the new and experimental findings claim leather ribbons were used to fix and lace the metal. After carrying out a wear-test, István Sepsik armourer supported the latter claims.

However, in the past, based on the findings of archaeologists historians stated that the Huns of Árpád did not use armours they actually might had leather armours. But, thanks to the growing significance of experimental archaeology more and more information about the armour habits are known: it is now confirmed by manuscripts that Huns had leather armours and leather helmets.

Numerous historians and archaeologists joined the club of traditionalists wanting to find out more about the martial arts and warfare strategies of the 9th and 10th centuries. They claimed that, as the strategies were based on tactics with archery, the quickest martial manoeuvres and changes in location should have had characterised the fights, which point highlights that light armour should have been necessary.

The order of battle was presumably divided to rank and file warriors who could not use armour, and to higher level warriors accompanying chiefs who certainly did have leather armours. The problem about proving the presence of armours was that even if warriors were buried with armours those made of leather evaporated through the 1000 years.

The armours of the 9th and 10th century were varying from the simple ones protecting the chest and back to the ornamented lamellar leather armours. The leaders, clan chiefs and their guards presumably wore metal or partially metal-made leather armours. Whereas the leather armour reconstructed for Kurultáj was similar to those used in the 7th and 8th centuries by Turks, Avars, Huns, Cumans and Mongolians.

Furthermore, the relics of the Conquest include a helmet finding from Demjanovka: its bell was built up from 4 triangle plates and had the shape of a cone, while the top was held together by a 4-pieced plate. Another relic related to the Huns pre-Conquest is the helmet finding from Novorosszijszk, which was categorized as a Hungarian helmet thanks to the accompanying finding which was a Hungarian sabre.

This latter helmet had a bell of 2 parts instead of 4, and they were joint together and then riveted. The only metal relic of Hungary was the so-called “helmet from Pécs”, which had ornaments similar to those from the Eastern plains. Moreover, the Kurultáj event of 2012, held in Bugac, was a great opportunity for visitors to get familiar with martial arts as they could watch almost 50 armoured Hungarian warriors there. 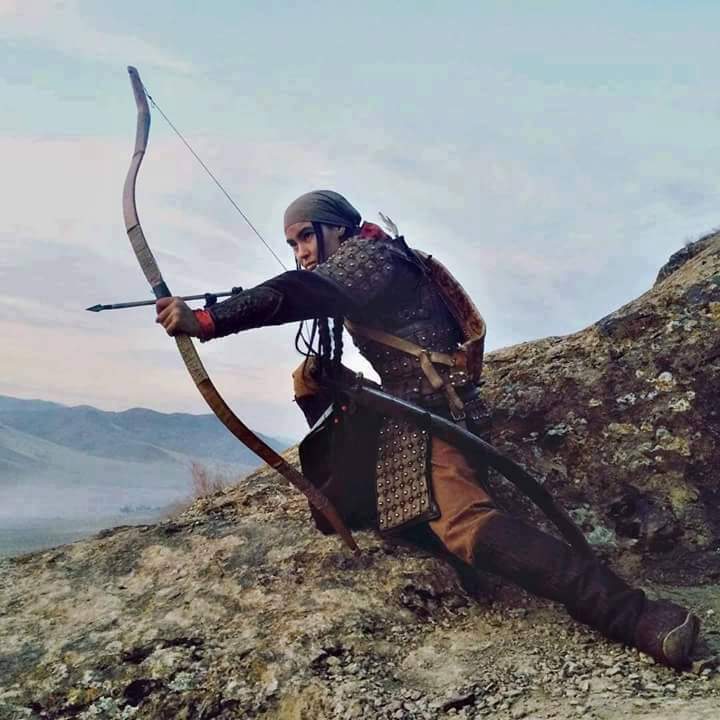 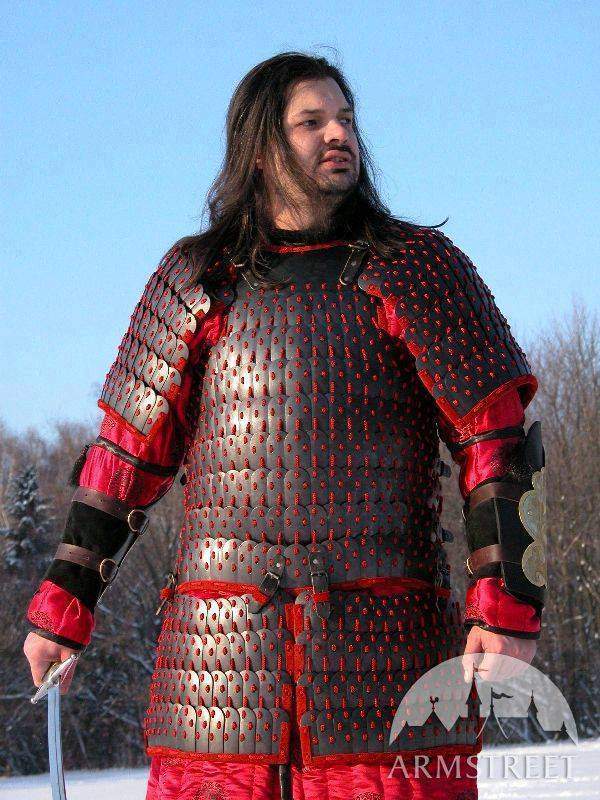 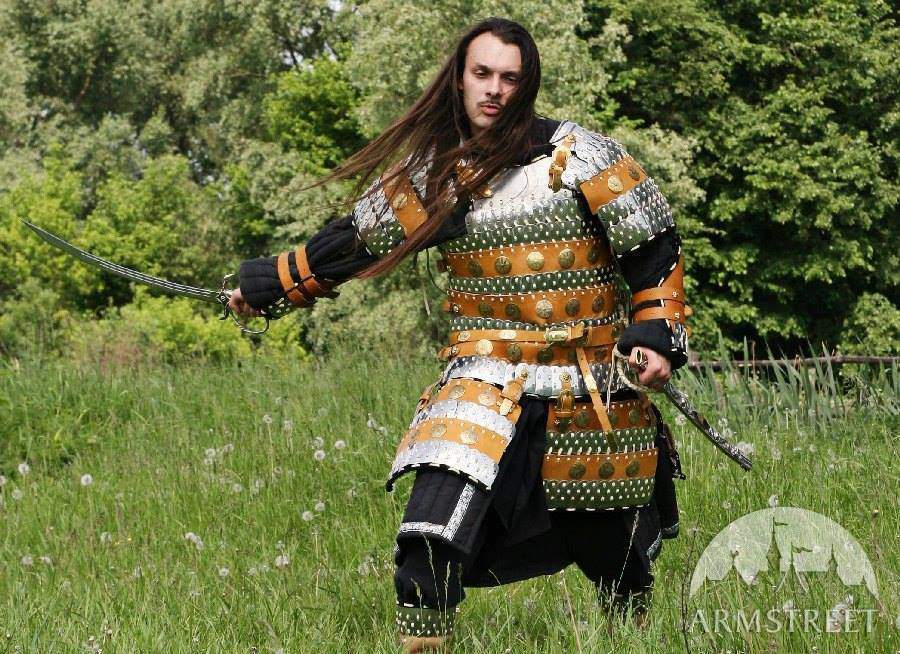 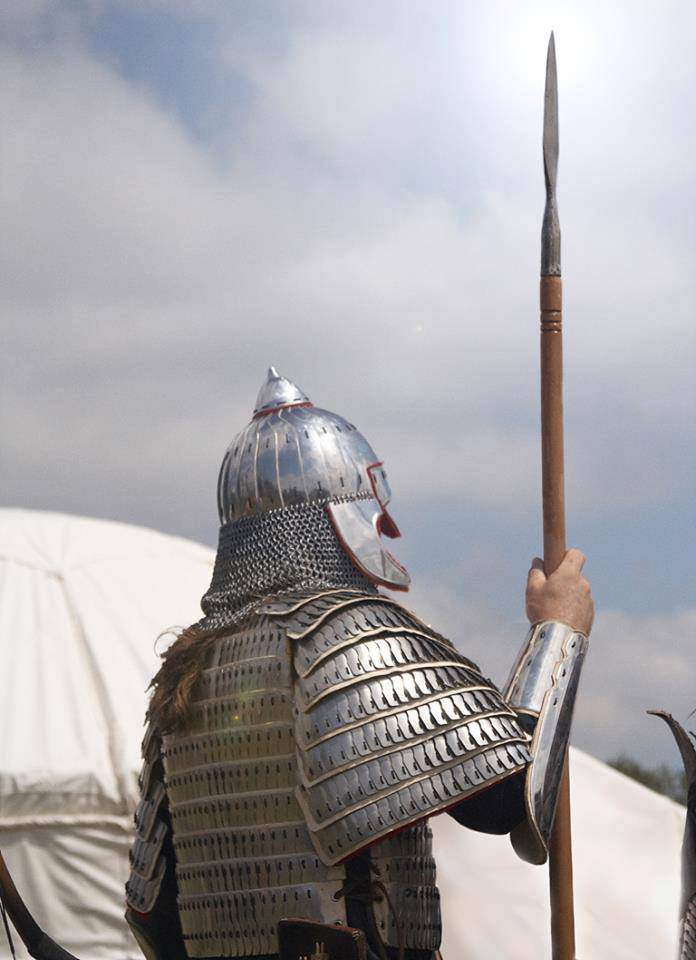 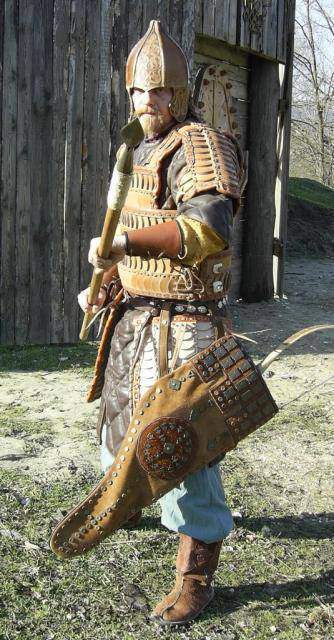 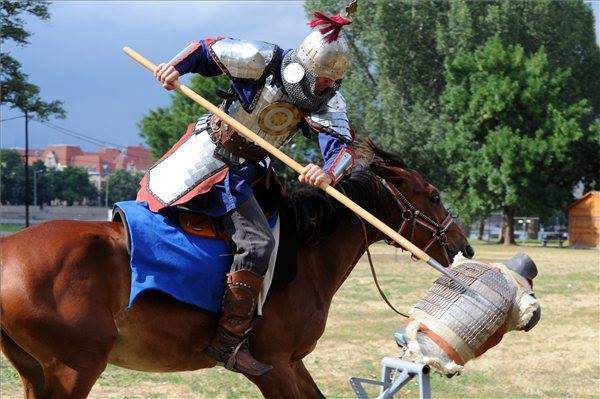 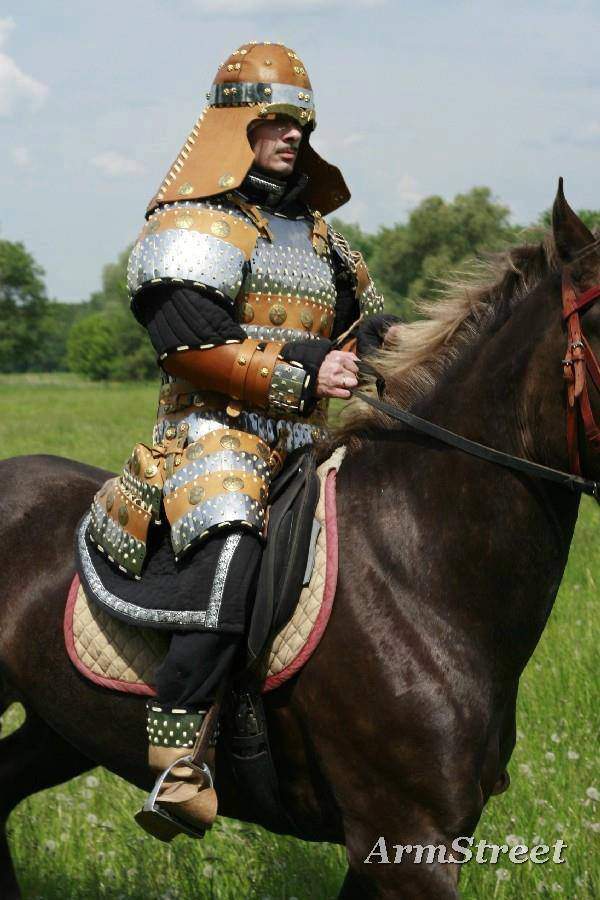 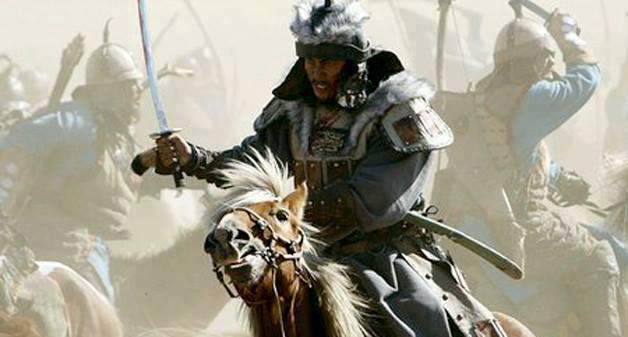 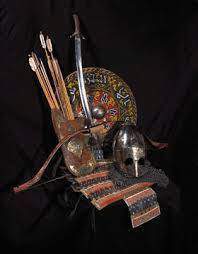 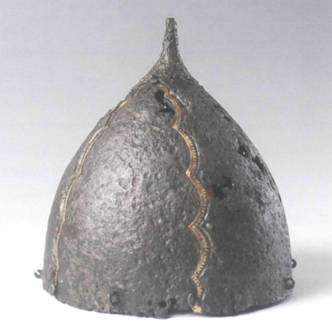 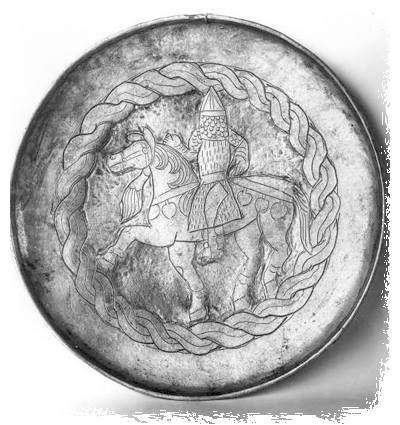 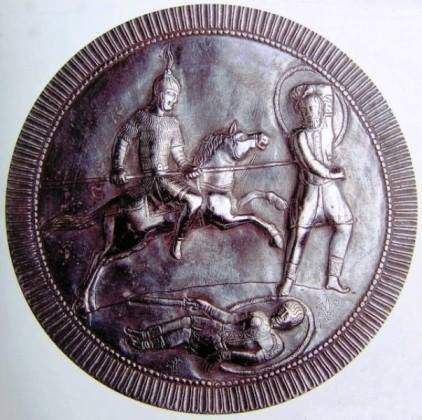