The father of the Hungarian victim of the Munich shooting revealed some of the details of the tragic event to TV2. 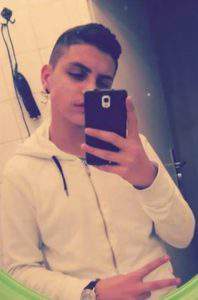 First of all, the victim, Robertó Rafael was a Hungarian citizen who lived in Germany with his mother.

The father said: “I do not understand why the media reported that Robertó had dual nationality because it is not true. Robertó was a Hungarian citizen, but lived with his mother in Munich.”

Mother and son moved to Munich, after the couple divorced.

When we arrived in Germany to identify our son he was already in the funeral home, fully dressed said the father.

According to the father, his son went to the shopping mall where the shooting took place to get free hamburger.

Apparently, the shooter seduced his young victims to the mall by falsely claiming on Facebook that on that day stores give out free hamburgers. When Robertó and his friends rushed to the mall, Ali David Sonboly shot him in the head at close range said the father. The shooter also killed Robertó’s friend and girlfriend.

After learning about the killing of her son, Robertó’s mother suffered a nervous breakdown and she is still in hospital said the victim’s father István Rafael.

The family doesn’t want compensation; all they asked from the Hungarian consul in Munich to help bring Robertó home so that they can bury him in Hungarian soil said the victim’s father.