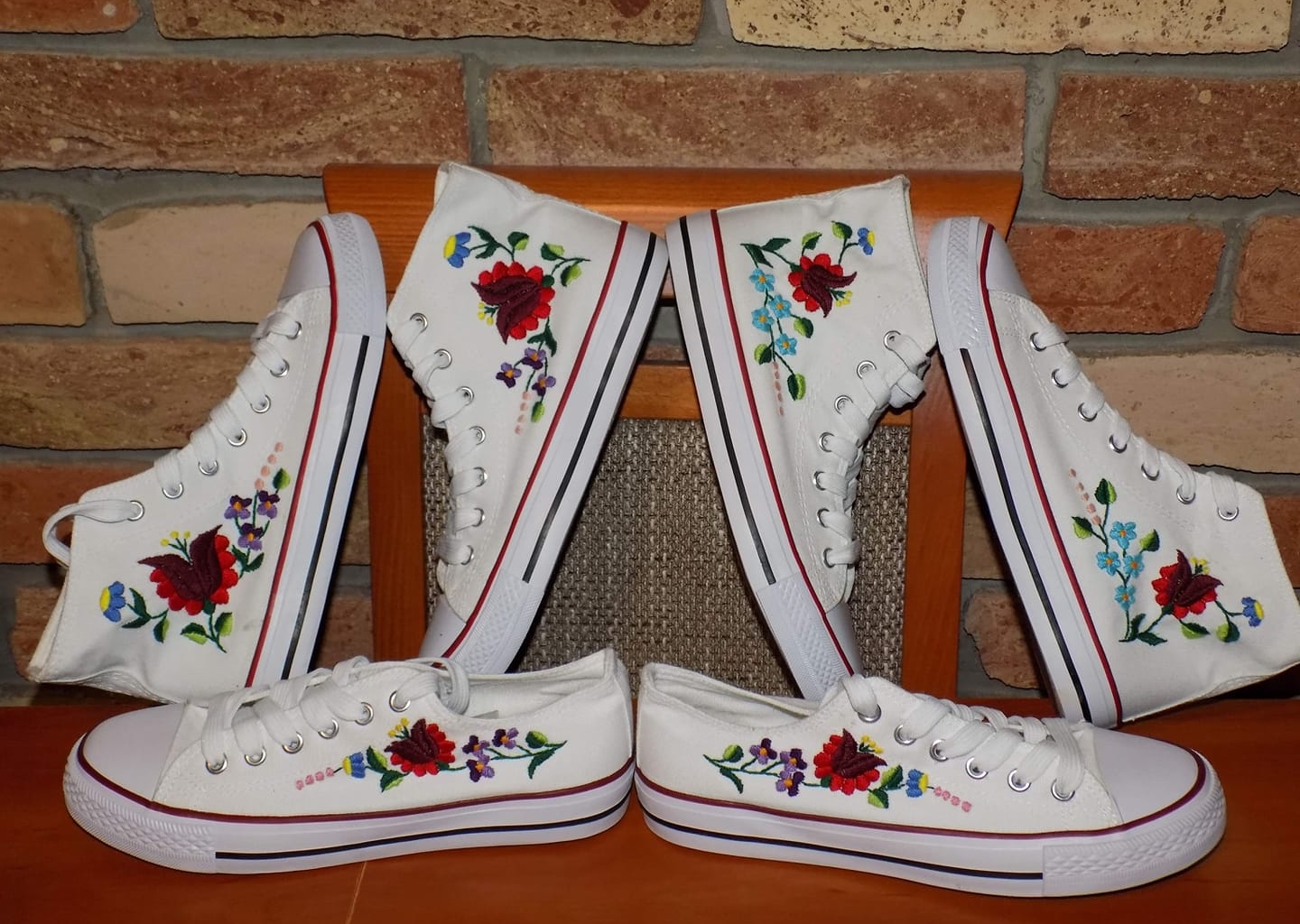 You would not believe it, but a repairman with a talent for embroidery in Bogyiszló is making the most beautiful embroidered clothes and shoes in the country.

There is a man in Tolna County who makes the most amazing embroidery in the country. His name is Ferenc Rácz from Bogyiszló. He is a repairman by day but one of the most talented embroiderers of the country by night (or at least in the evenings). Sokszínű Vidék conducted an interview with Ferenc to explore how this special second job started.

Ferenc learnt embroidery from his mother at the age of 14. His first work was an embroidered Pikachu on a T-shirt he made for his niece in 1998. At first, he only embroidered for his family and close friends.

He started doing traditional folklore motives after Formula 1 pilot Lewis Hamilton wore an embroidered jacket with the famous Kalocsa motives to Hungaroring. His folklore motives became extremely popular, and he started to receive huge orders. The first of which was from Germany to embroider a Converse sneaker with the Kalocsa motives. Photos of the finished work spread like wildfire on social media, and soon, everybody wanted one.

His embroidered shoes are still one of the most popular requests. So far, he has made over 200 of them, and he has hundreds of pending orders at the moment.

“As a local of Bogyiszló, I was very enthusiastic to look into the local embroidery techniques … I believe that with this activity, I am also preserving and saving local traditions.”

His works are to be found all over the globe. He saw his products on people in Australia, the United States, Canada, Cyprus, etc.

Even though his main profession remained repairing heating systems during the day, embroidery has become kind of a second job to him over the years. He usually embroiders in the evenings while listening to some TV. Embroidery makes him calm and helps him release stress.

“People still cannot believe that as a man I make embroidery, but a little piece of my heart is in every piece I make.”

Check out more of Ferenc’s work on his website.