Europe’s largest cultural development, the Liget project, continues. The House of Hungarian Music and the new Ethnographic Museum will soon be handed over. In addition, a gate to the park will be built, and an airship is planned.

The House of Hungarian Music is planned to be handed over at the end of 2021. The building, designed by Japanese star architect Sou Fujimoto, has been among CNN’s most anticipated buildings to be completed this year. According to portfolio.hu, construction is progressing well. The roof structure interwoven with organically undulating holes and the huge glass wall are already visible in the park.

Construction is also progressing well at the new Ethnographic Museum. The supporting structure has already been completed in the autumn, and it is planned that the new institution will gain its final form in the spring of 2022. In addition, the 800-space underground garage has been completed with the aim of reducing surface air pollution, writes vg.hu. There is a valid permit for the construction of three more buildings: the New National Gallery, the Hungarian Innovation House, and the Városliget Theatre.

The Hungarian government and the leadership of Budapest are constantly at war with each other.

Prime Minister Viktor Orbán indicated that the developments that will not be supported by Budapest’s new opposition leadership will not be implemented. The goal of both parties is to have as many green surfaces as possible; however, there is no agreement between the two sides. The landscape architectural renewal of the area nevertheless continues.

The former historic entrance of the park, the Rondo, will also be renewed. Furthermore, the horticultural renewal of the surroundings of the Ethnographic Museum and the House of Hungarian Music has begun. They will create a Music Adventure Garden with interactive musical outreach elements.

After completing the project, we can even admire the changes from an airship. 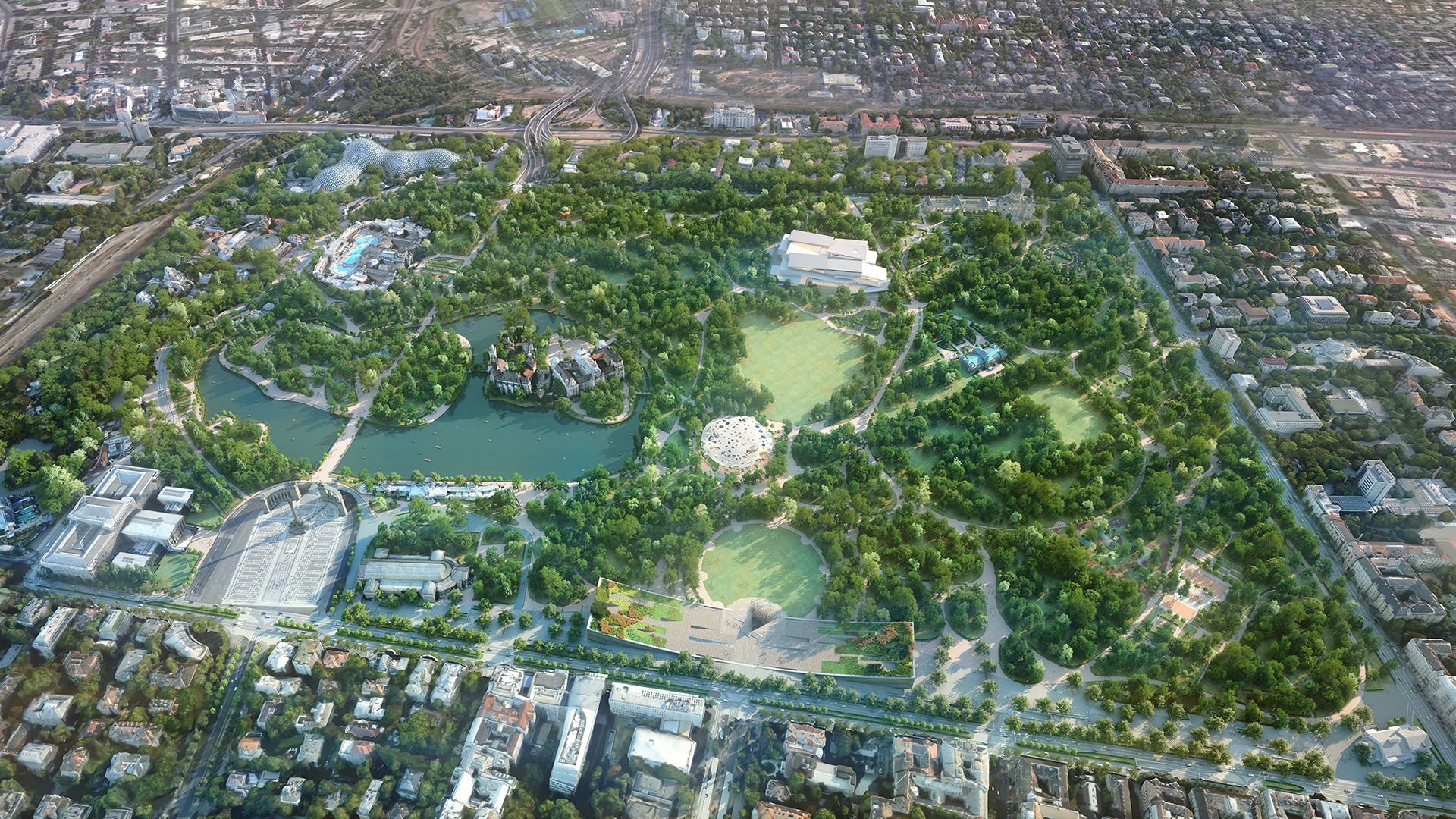 120 years ago, airship in the city park was very popular. The Budapest Balloon will be a fixed gas-balloon infrastructure in the park. Up to 30 passengers can join the pilot on board. From the airship rising to a maximum height of 150 metres, we can admire not only the new face of the Liget project but even the whole capital of Hungary.