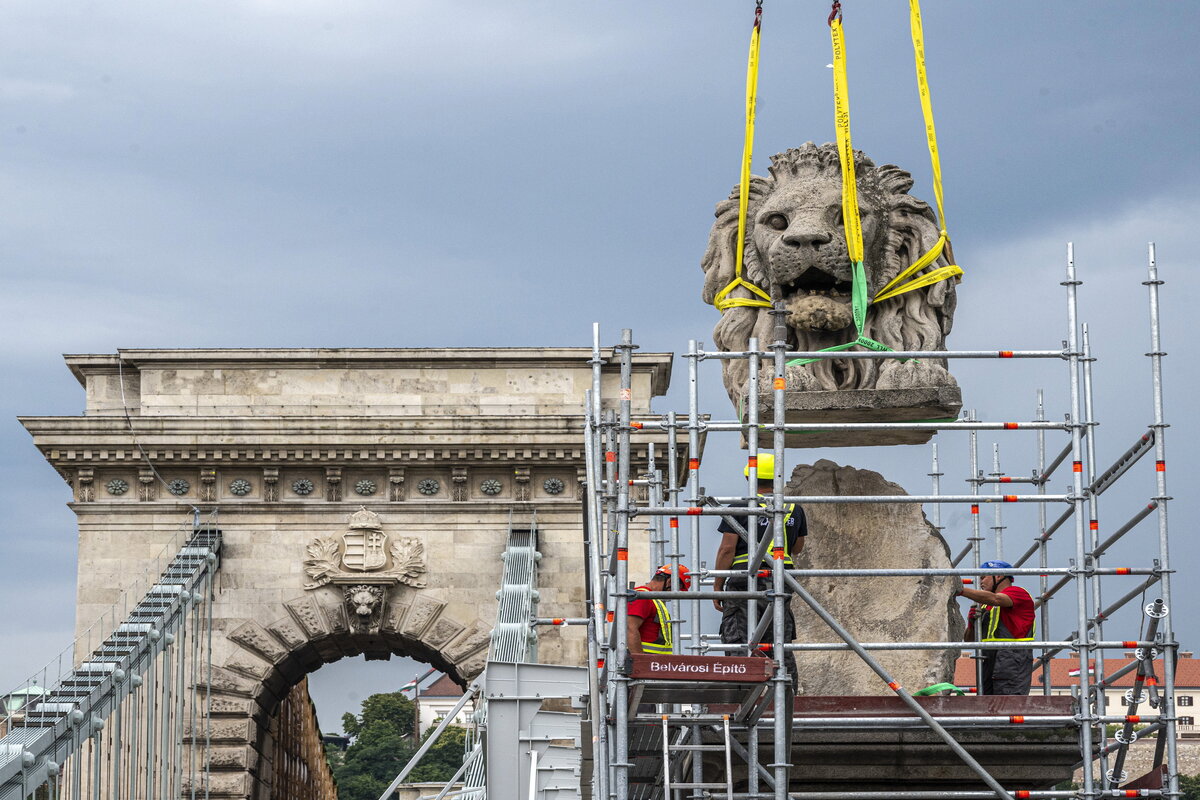 One of the iconic elements of the Hungarian capital is the Chain Bridge. The bridge will regain its former glory during long renovation works. Renovation is now underway with the lifting of the famous lion statue.

The most important architectural project of Budapest is currently the renovation of the iconic Chain Bridge. The bridge was closed in June. It is planned to stay that way for 18 months, until the bridge is completely transformed. Traffic was closed on the bridge first, then demolition work was in the focus at the first stage. An important milestone was the demolition of the old, worn-out track structure. Now, the renovation arrived at another important stage.

The first lion statue was taken down. 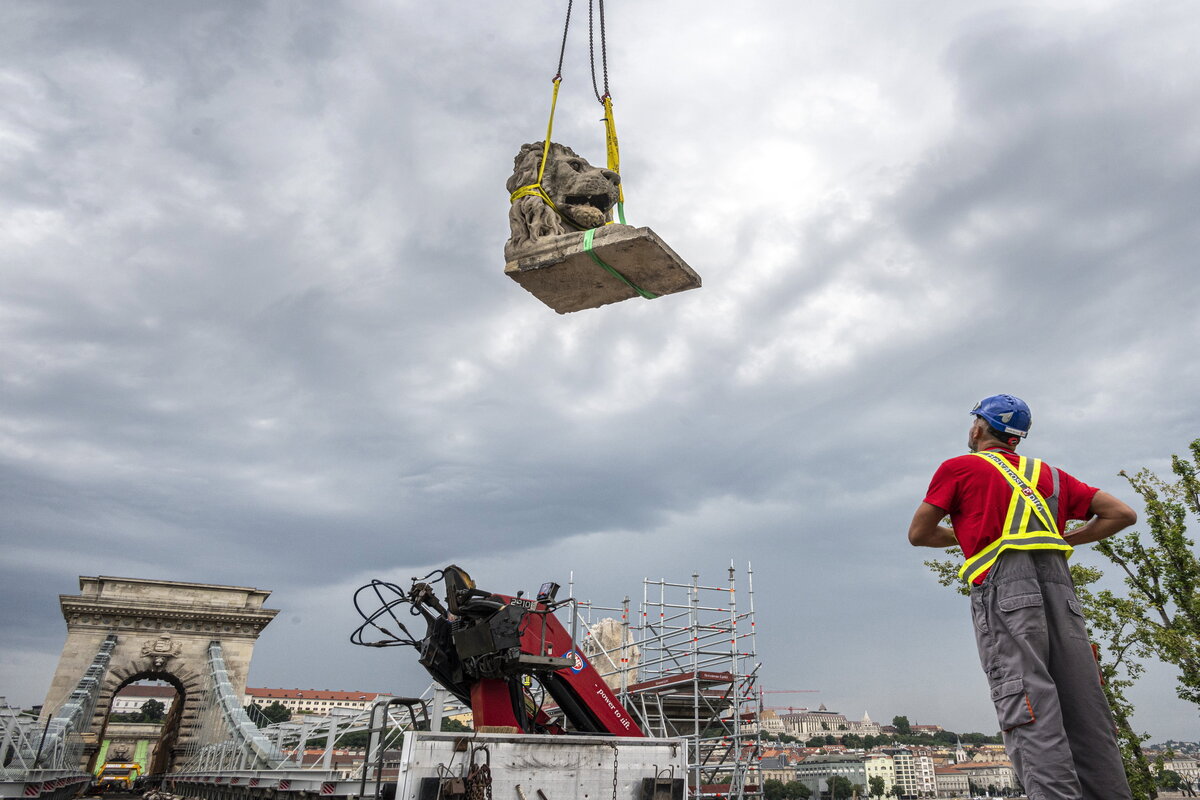 First, one of the lions of the Pest bridgehead was lifted from its place. After that, the other lion will also be moved in days. The removal of the two lions in Buda will take place at the end of August. A lion consists of three blocks of stone. These three separate parts are held together by cement, writes hellomagyar.hu. The sculptures will be lifted in three parts during the renovation and then will be put back in three parts after the restoration.

The weight of the three parts is roughly equivalent to the weight of a bus. Anett Puskár, the communications manager of A-Híd Zrt., remarked that the lions are surrounded by many legends. According to one such story,

the sculptor jumped into the Danube when it turned out that the lions had no tongue.

The creator of the sculptures was János Marschalkó. However, the legend is not true, not least because it is visible at the scene that the lion statues do have a tongue. 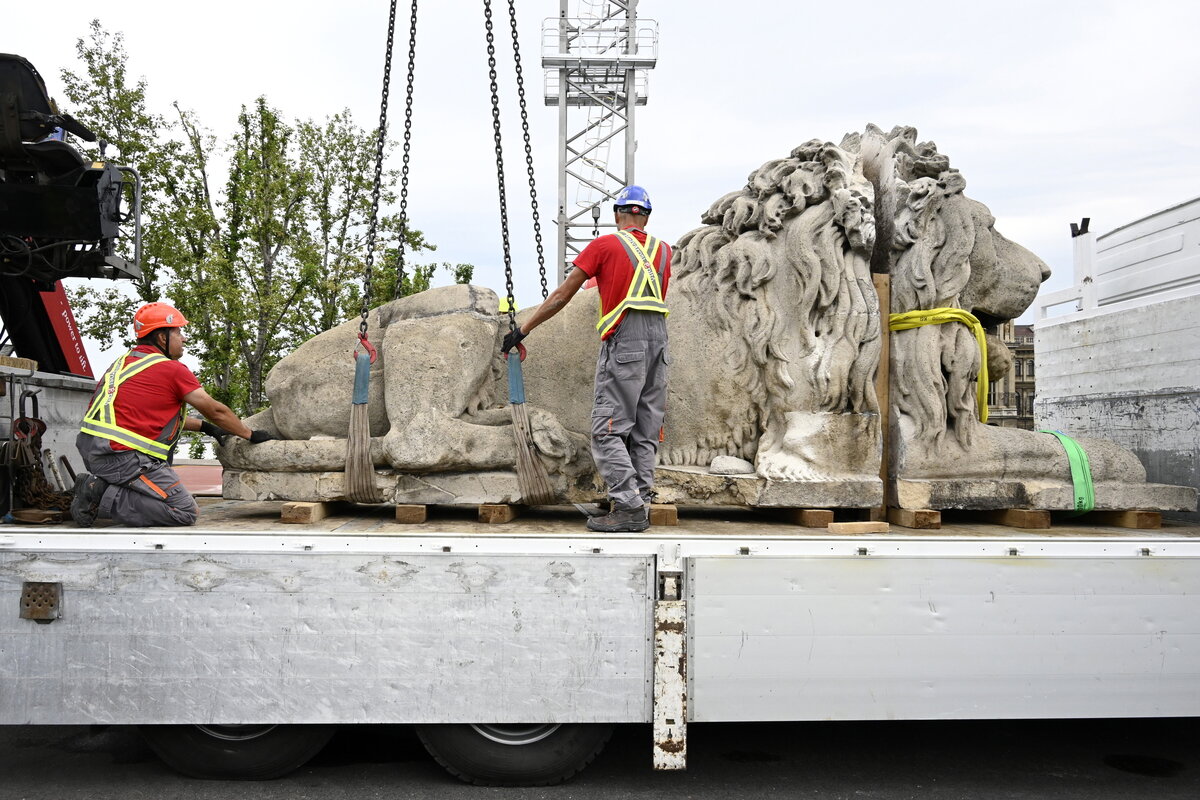 The sculptures will then be taken to a studio in the Újpest district of the capital. Restoration awaits them there. While doing so, they look at the structure of the sculptures. This is because, in the case of limestone sculptures, the weather can easily damage their stability.

The sculptures are then chemically cleaned and repaired. The experts are restoring the parts of the statue that originally existed. For example, there will continue to be only canines in the mouth of the sculptures, but the broken lower teeth will be repaired, writes magyarepitok.hu.

The renovation of the Chain Bridge is going according to plan.

At the end of 2022, the bridge will be returned for traffic use. By then, the lions will also be in their place.