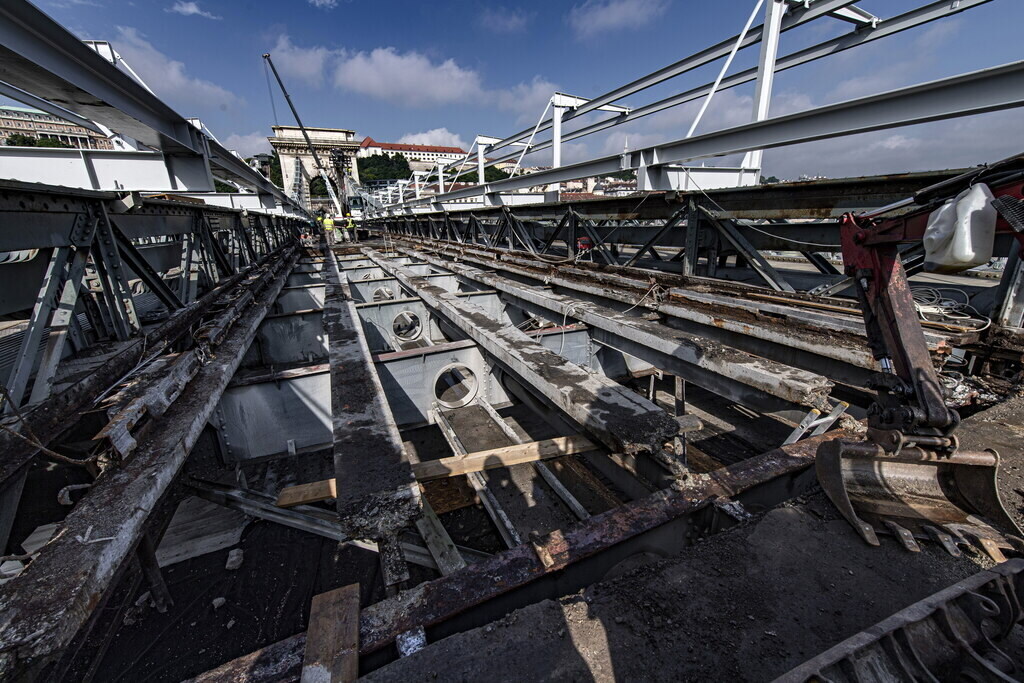 Less than a month ago, traffic was closed on one of Budapest’s iconic bridges. Work has since begun, but now, the renovation has reached another milestone. They began to demolish the track structure of the bridge. The old, run-down reinforced concrete structure is “sliced” and lifted piece by piece.

For the time being, the complete renovation of the Chain Bridge is proceeding according to plan. The tourist attraction connecting Buda and Pest was closed on June 16, writes hellomagyar.hu. 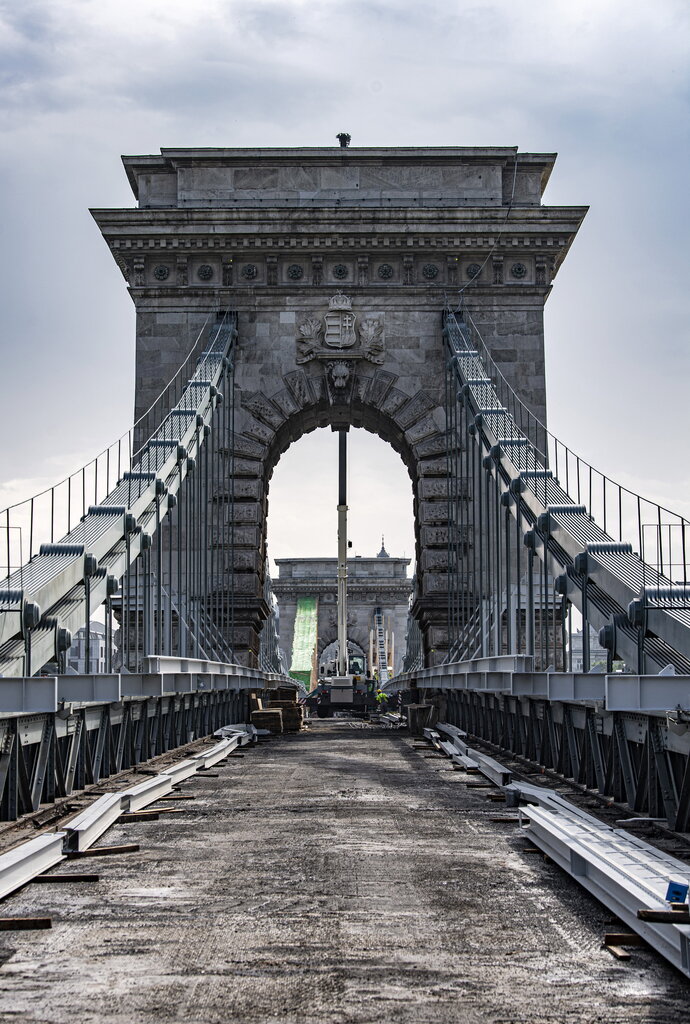 Since then, various demolition works have been carried out. In 1 month, the street lights were dismantled, the asphalt and the bridge structure were stripped. Since then, workers have reached another important milestone in the demolition process. 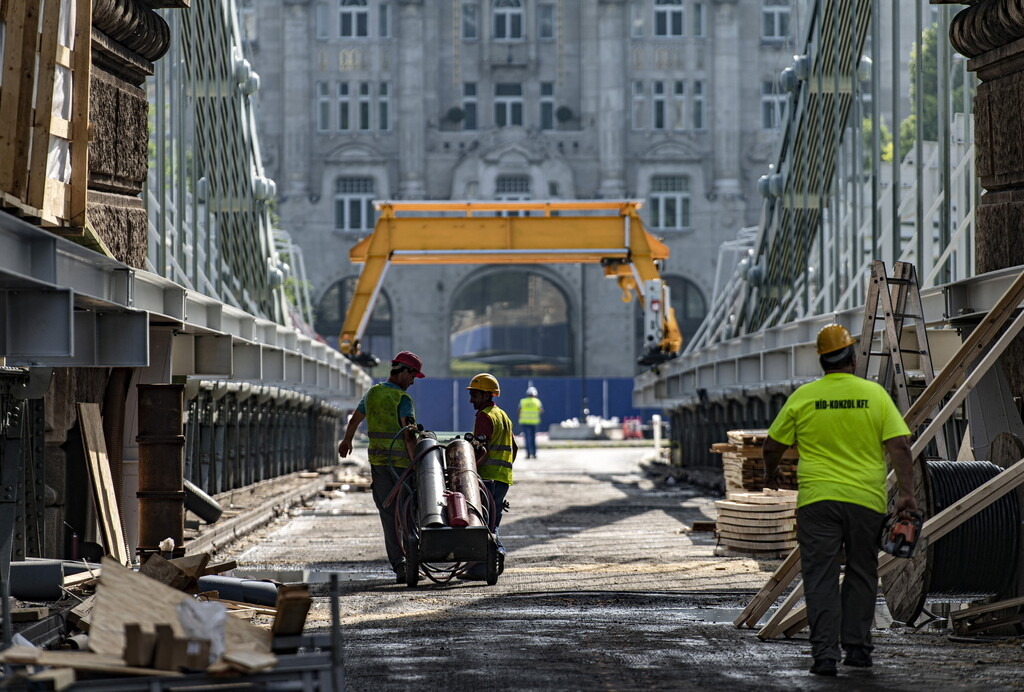 The demolition of the bridge track structure has begun.

The contractor provided an opportunity for photographers to capture this phase of the bridge’s renovation. During the demolition of the track structure, the aged reinforced concrete structure is cut into four slices along the longitudinal axis of the roadway with a circular saw, writes index.hu. After the screw fastening, the concrete slices of 2-3.5 tonnes each are lifted and transported. 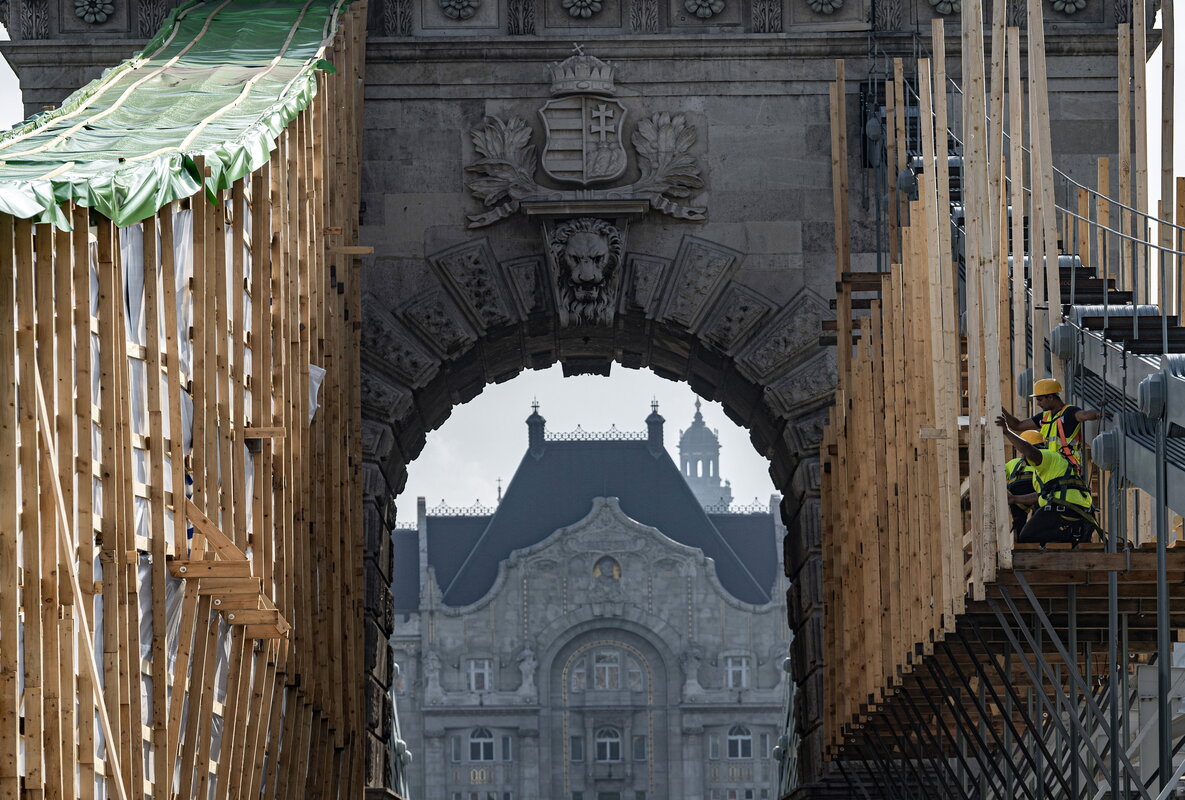 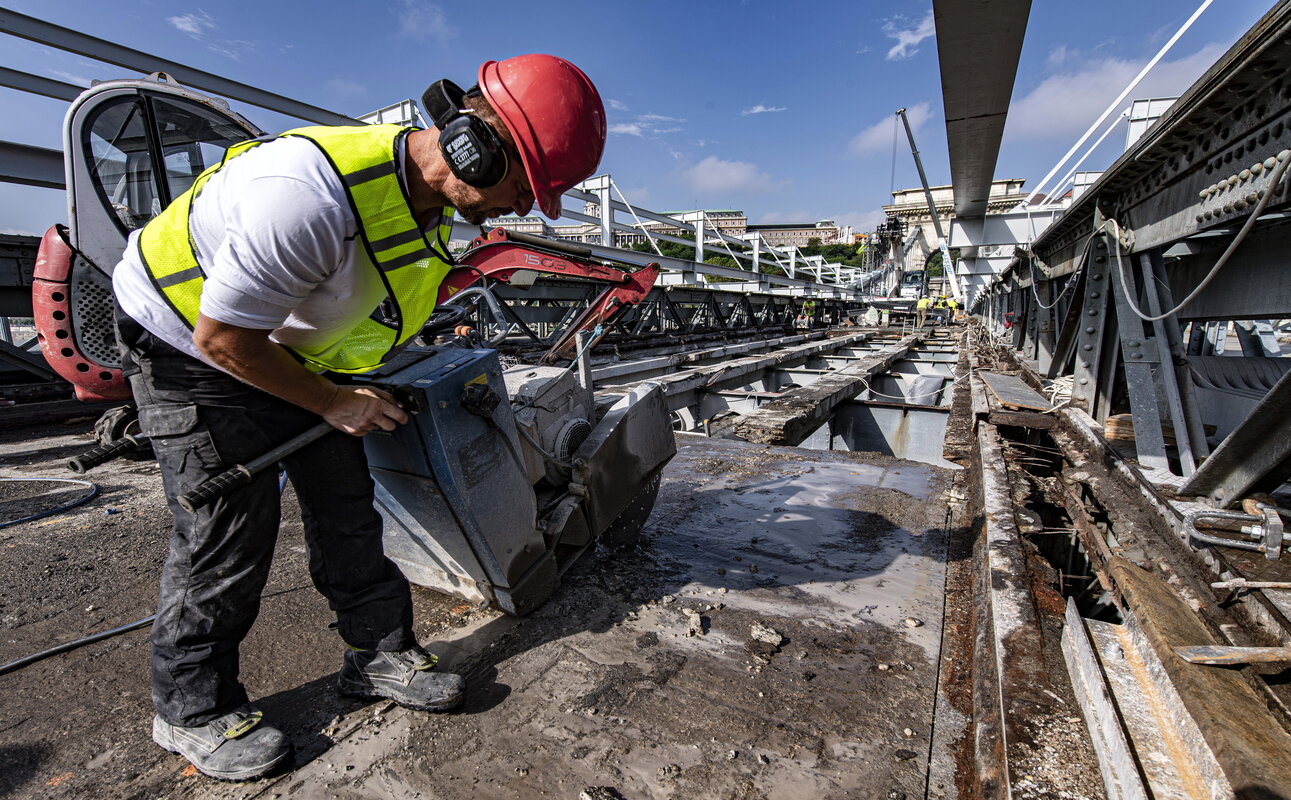 Two gantry cranes serving the construction site have been completed and will be erected on the Chain Bridge.

A track system has also been built, on which the cranes will travel. In addition, corrosion protection work on the bridge chains has begun. The 7,000-square-metre suspended scaffolding is also visible. 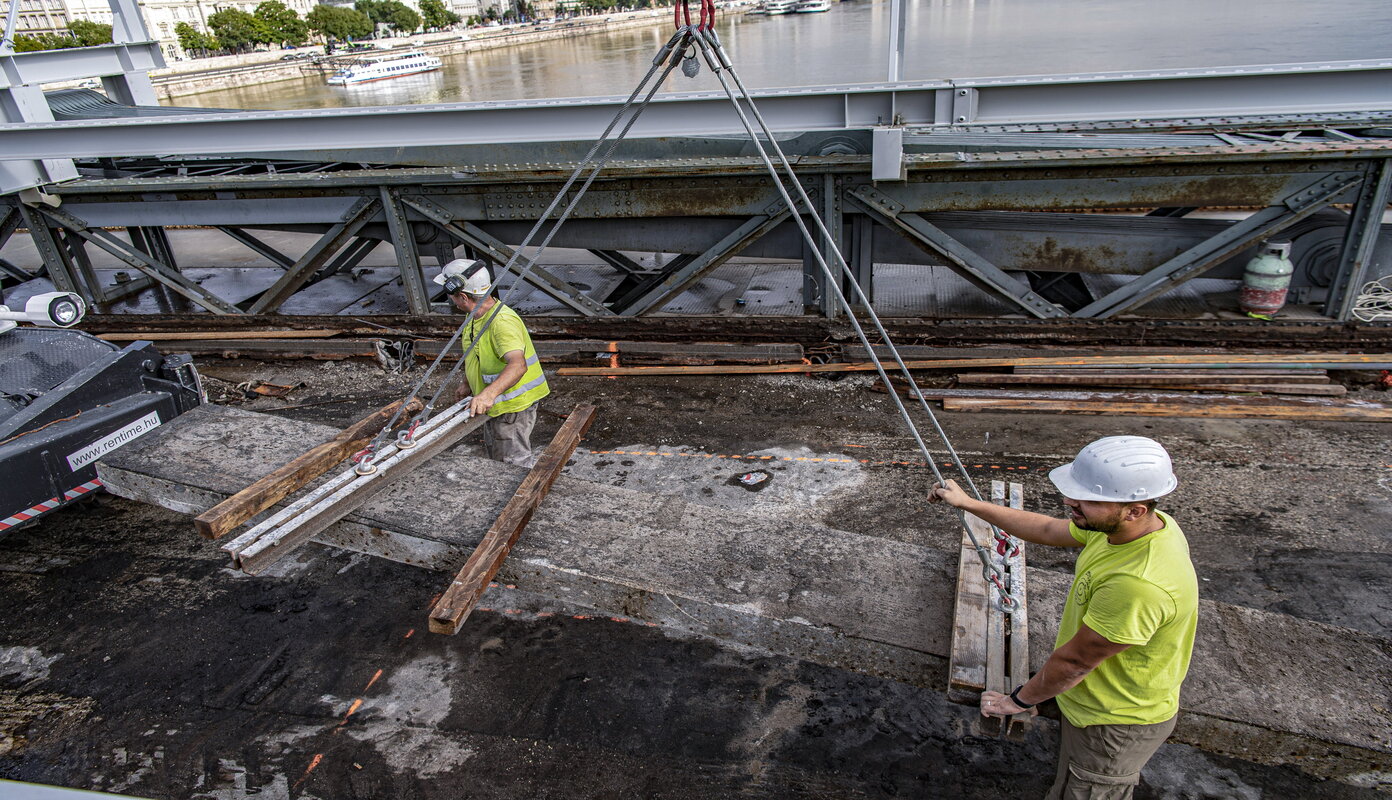 This can be used to examine the lower surfaces of the bridge structure. The work is hampered by the heat. Contractors do not do hard physical work between 11 a.m. and 3 p.m. to avoid sickness. 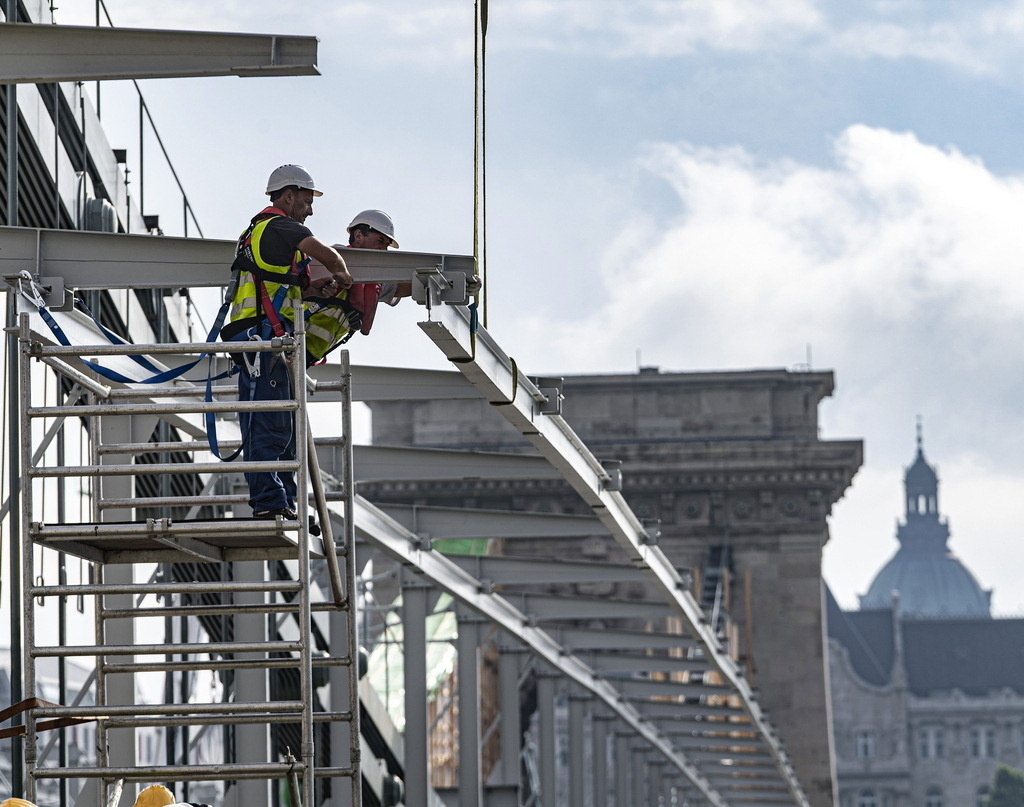 The bridge was fully closed down on June 16, 2021, and the renovation is expected to last for 18 months.