The most intriguing legends around the 1956 revolution in Hungary

Was there a secret underground prison in Budapest? Did a small Hungarian village really declare its independence? What happened to the man who won the pools on the day of the Revolution? Here are some of the most popular legends as collected by Promotions.

The secret prisons under the capital

Probably the most-talked-about legend of the ’56 events was that the government had secret underground prisons where revolutionaries were detained. The prisons were believed to be under what is II. János Pál pápa Square today.

The reason people were inclined to believe this is that the square (called Köztársaság or Republic Square at the time) was home to the building that housed the Hungarian Working People’s Party, “which had become a symbol of terror in the post-WWII era”. The fact that construction works for M2 metro line were taking place in the vicinity did not help matters, either.

The village that declared its independence

Kesztölc is a small village in Komárom-Esztergom County in northern Hungary, with a little more than 2,000 inhabitants today. Legend has it that in 1956, the village had its own uprising against the Communist regime:

with a tank set up just outside the village (some believed it was acquired from the Soviet troops in exchange for some pálinka), the villagers declared the independence of the Republic of Kesztölc.

As Promotions writes, even though the locals did express their discontent a couple of times (the establishment of collective farms, for example, brought difficult times to many families), today we know that the “revolution” was probably nothing more than government propaganda to paint a ridiculous picture of the villagers.

Whether true or false, the story continues to enrich the lives of Kesztölc’s inhabitants today. It has become a very important pillar of community spirit; a few years ago, they even commemorated the events by building a tank with straw bales.

This story, which has since been adapted to a novel and a movie, is about a certain Béla R., who was lucky to win the pools jackpot, but not so lucky in that he was supposed to pick up his prize on the day of the revolution.

According to the novel (which also has fictional elements in it), to protect his money (around EUR 1,780), Béla took it “to a place where everyone could see it”, and so it was guarded at a local tavern. Then, during the revolution, the place was destroyed by a Soviet tank, and the family disappeared, too.

There have been several attempts to find the family and discover what happened to the money. Even though Urban Legends did manage to get in touch with the son of the pools winner, he would not disclose any information. What we know today is that Béla R. died in 1994, four years after the change of regime. 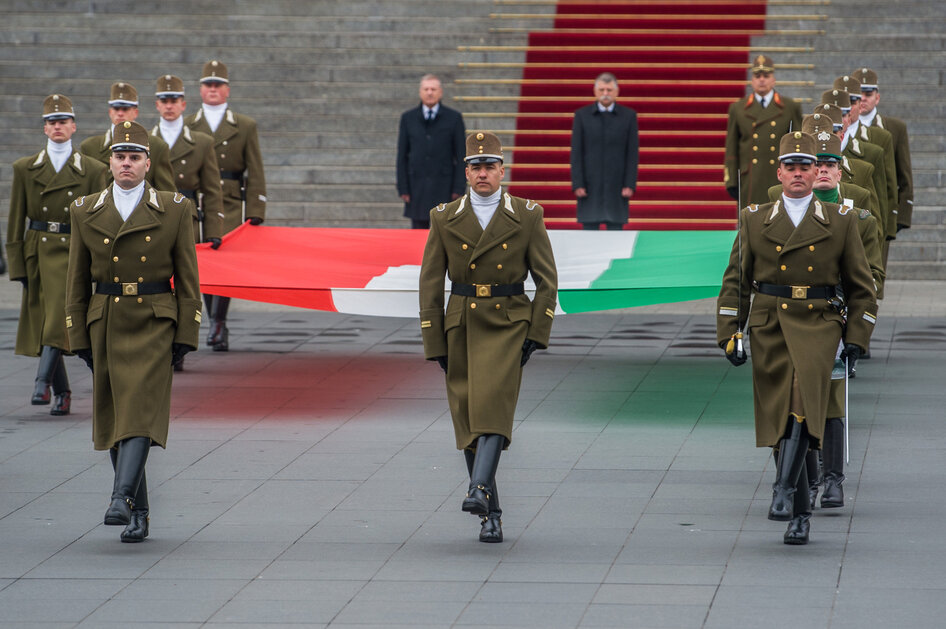