The story of a Hungarian man who influenced American television shows 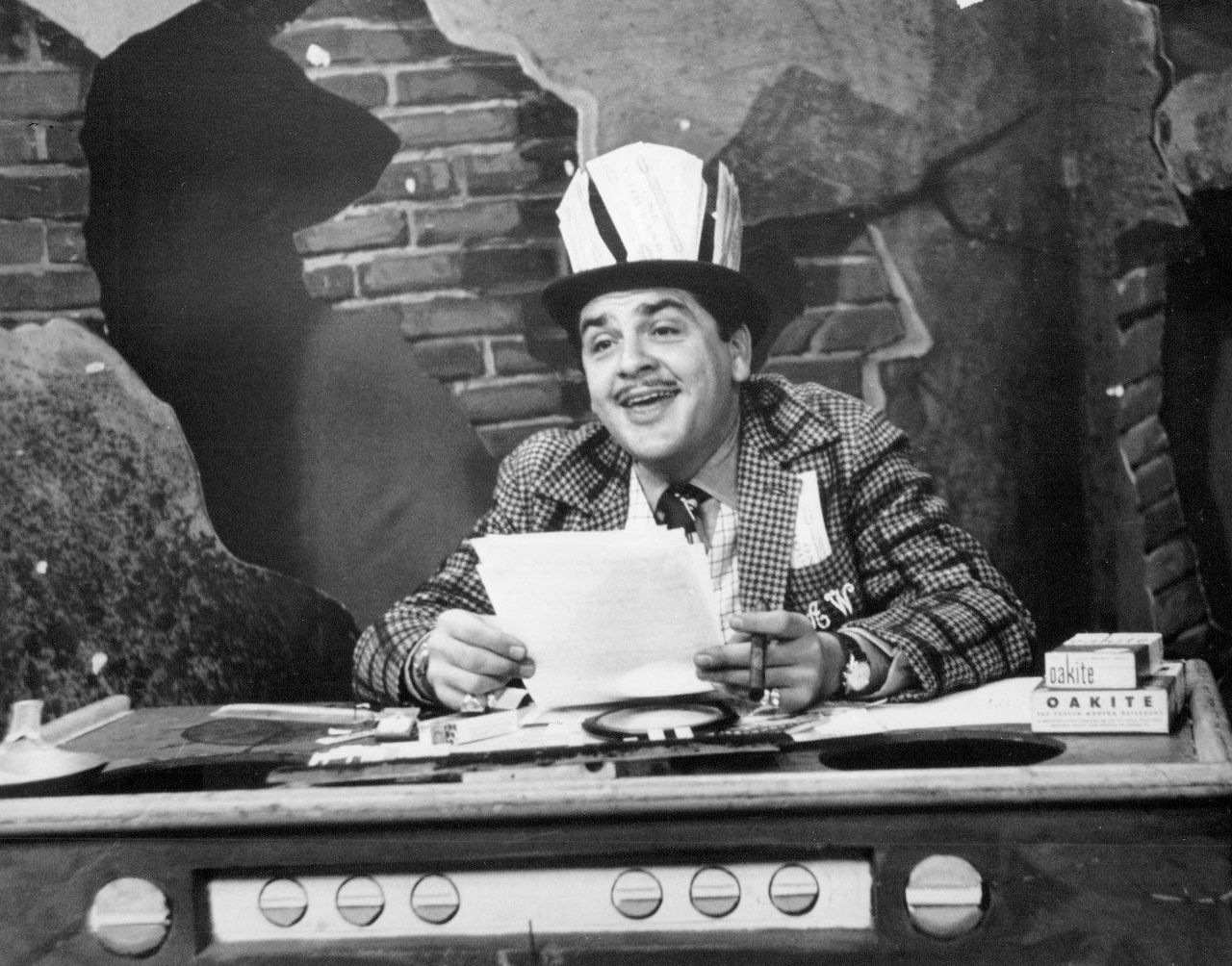 Emmy nominations for best performance in comedy shows, a star on the Hollywood Walk of Fame and an exhibition in the States; many things present his incredible work and career. Famous American television personalities like David Letterman, Jimmy Fallon, Dave Garroway and shows like Sesame Street, The Muppet Show, and Saturday Night Live all marked this Hungarian man as their primary influence. He introduced several methods and visual elements in television which were new and out of the ordinary.

Ernie Kovacs (Ernest Edward Kovacs) was born on January 23, 1919, in Trenton, New Jersey, USA. His father Andrew John Kovacs emigrated into the United States from Tornaújfalu, Hungary, which is now known as Turnianska Nová Ves, Slovakia. Though a poor student, Kovacs was influenced by his Trenton Central High School drama teacher, Harold Van Kirk, and received an acting scholarship to the American Academy of Dramatic Arts in 1937 with Van Kirk’s help. 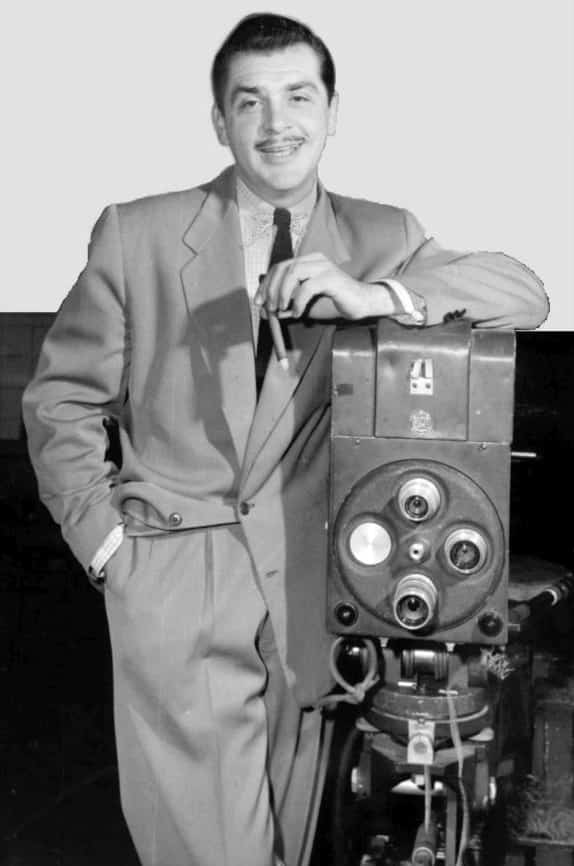 At the age of 19 in Depression-year 1938, he moved to a $4-a-week walkup on New York’s upper west side, where he lived and studied in poverty for two years. To earn money, he returned to Trenton to perform in local dramatic and musical productions, then to Easthampton and Brattleboro to play in summer stocks. During his second year at the Academy, his health began to fail, and while in Vermont in the summer of 1939 he collapsed. To create his persona, he started smoking, which led to a strong and life-long addiction to cigarettes. 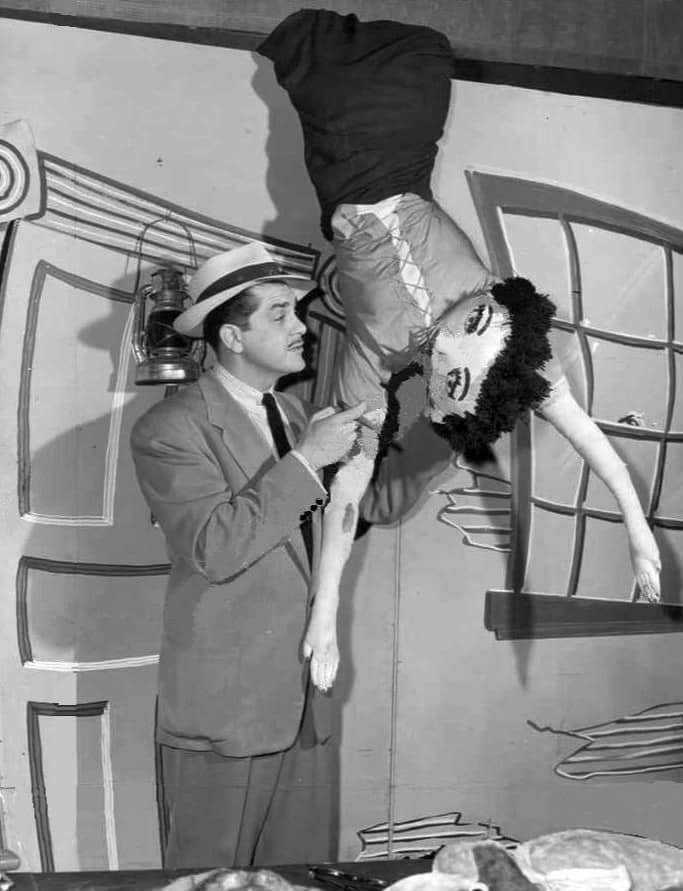 In 1941, Ernie Kovacs began his career as an announcer and disc jockey for Trenton’s radio station WTTM and worked with them for the next nine years and eventually, he became the Director of Special Events. He also pursued acting, and early 1941, directed some plays for Trenton Players Guild. 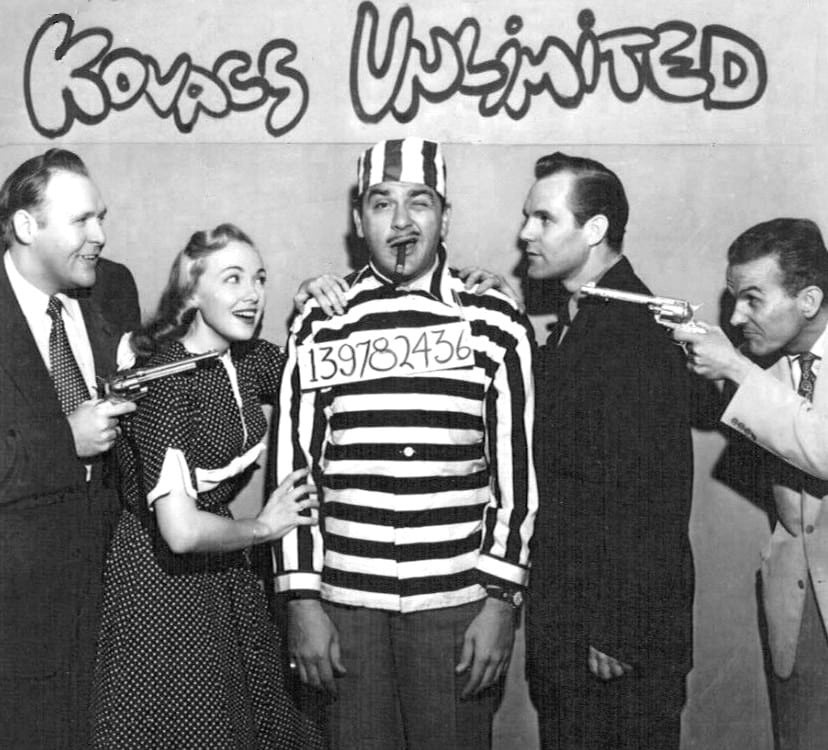 During his stint at WTTM, he undertook many crazy adventures. On one occasion, he lay on a railroad track while a train was approaching, continuously informing his audiences how it felt to be so close to death. Fortunately, he was able to move away at the last minute. Some of Kovacs’s unusual behaviours included having pet marmosets and wrestling a jaguar on his live television shows. 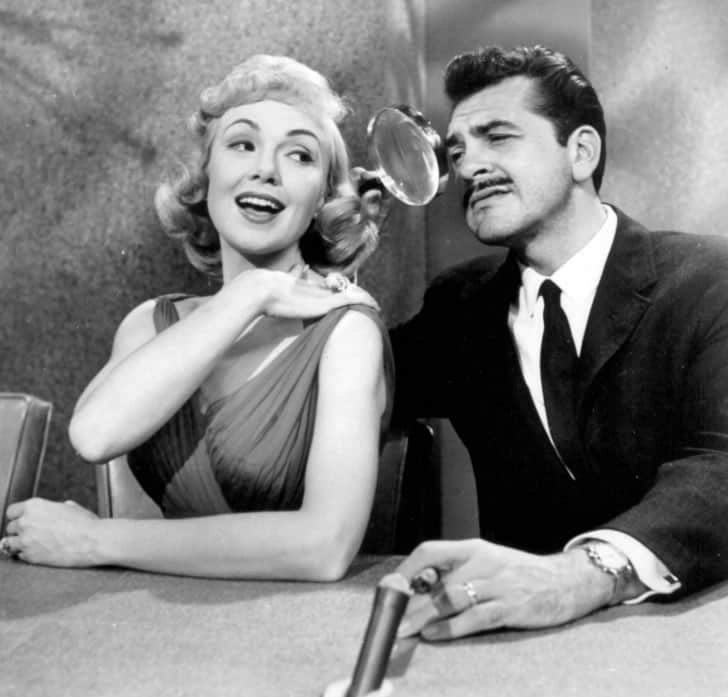 In January 1950, he moved to Philadelphia, where he got his first television job at WPTZ. His first show was a fashion and promotional program for the Ideal Manufacturing Company, entitled ‘Pick your Ideal’. Later, he began to host other successful shows like ‘Deadline For Dinner’ and ‘Now You’re Cooking’. From November 1950, Kovacs began to host ‘Three to Get Ready’. Although the show aired from 7 am to 9 am and was not expected to attract many viewers, it became very popular. During its run, he also created the ‘Early Eyeball Fraternal & Marching Society (EEFMS)’. 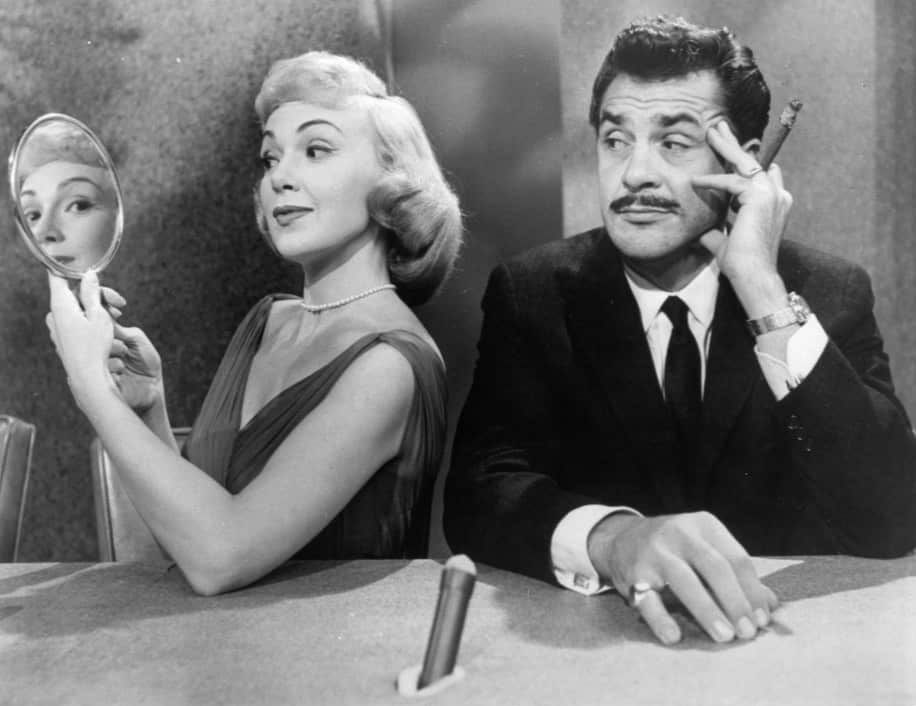 In 1951, he travelled to New York to host ‘The Ernie Kovacs Show’ for NBC. However, it was not aired until December 30, 1952. Meanwhile, in early 1952, Kovacs also started doing a short-lived late morning show called ‘Kovacs on the Corner’. His first show under his name became his most iconic and well-known work of all time. 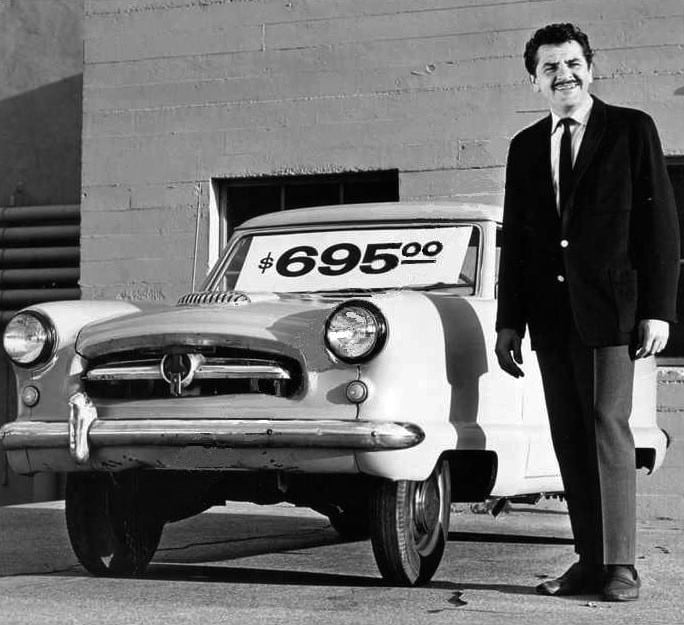 His hosting style had many extraordinary features and visual contents. Kovacs’s cameras commonly showed his viewers’ activity beyond the boundaries of the show set, including crew members and outside the studio itself. Kovacs also liked talking to the off-camera crew and even introduced segments from the studio control room. He frequently made use of accidents and happenstance, incorporating the unexpected into his shows. 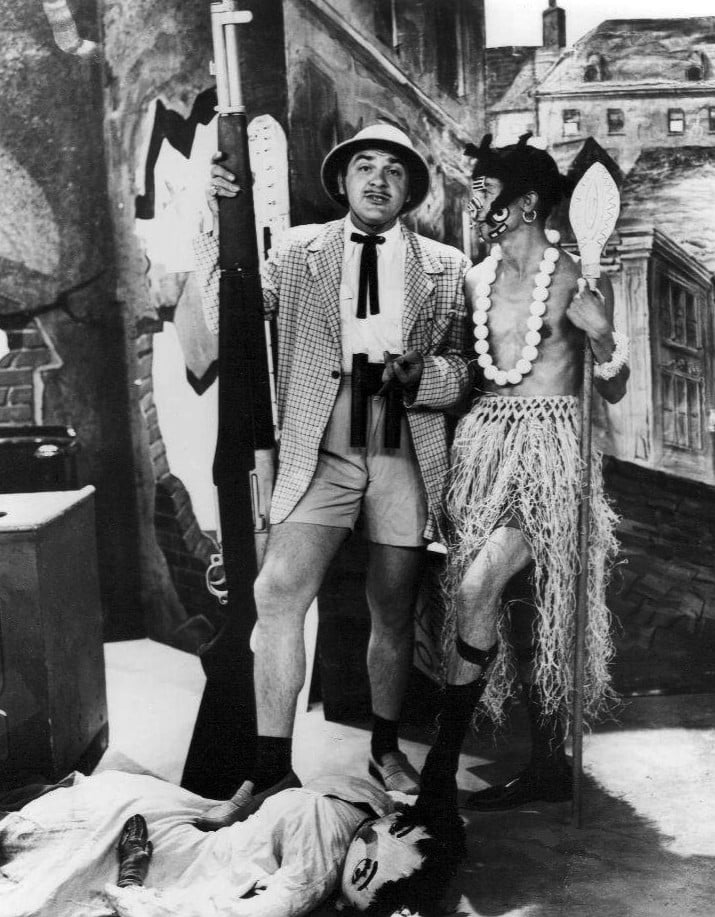 One of the most innovative comic minds of his generation, Ernie Kovacs was an actor, writer, and producer whose surreal sense of humour and eager embrace of the creative possibilities of television made him a wildly influential figure as the medium grew in popularity in the ’50s. Kovacs was killed in a car accident in Los Angeles during the early morning hours of January 13, 1962. He is buried in Forest Lawn-Hollywood Hills Cemetery in Los Angeles. His epitaph reads,

“Nothing in moderation—We all loved him.” 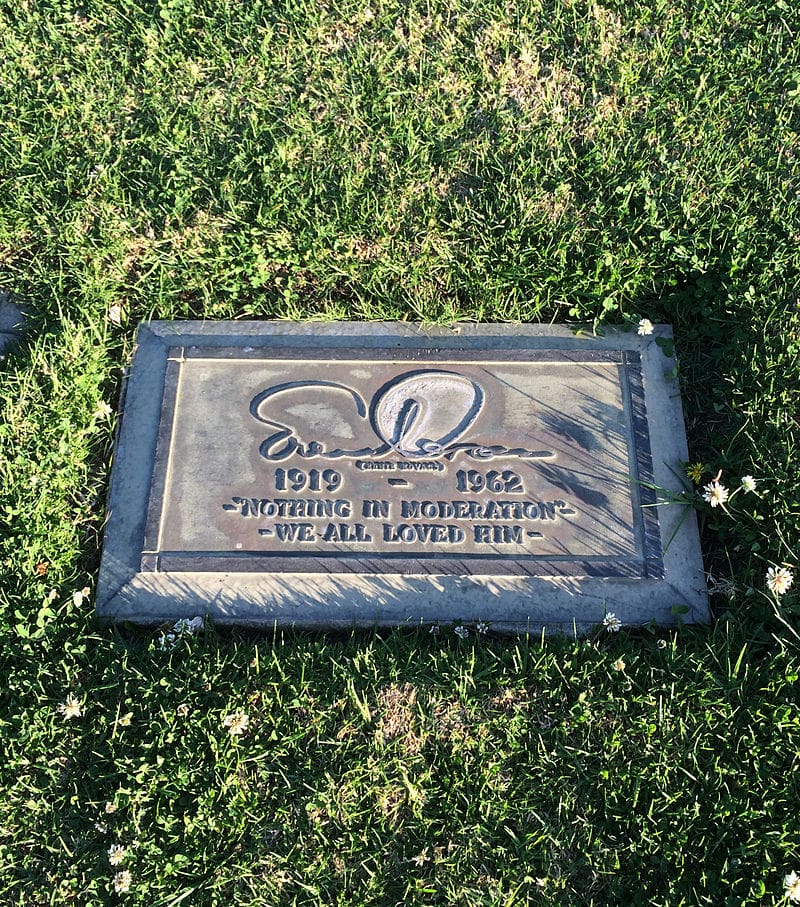