The top 10 best things to do in Budapest during autumn

Without a doubt, Budapest is lovely in every season, but during autumn, the city has something special. Leaves fall, their yellowish colour and the fresh, cooling air makes wandering around the Hungarian capital even more enjoyable. There are, of course, many things to do in the capital during this season as well. The options are endless.

We would like to share the top ten best things you can do in Budapest during autumn.

1. Go back in time with retro vehicles

Travelling around the city by public transportation sounds like a boring option, but old-fashioned vehicles are actually fun. During this season, you can ride special retro trams on tram line 2 and enjoy the beautiful scenery of the Danube with many sights: the Chain Bridge, the Castle District, and even the Parliament. Moreover, you can easily catch renovated Ikarus buses from Deák Square, which used to transport passengers around Budapest in the 1960s. And last but definitely not least, you can even catch the iconic retro trolleybuses on line 74.

Save the date: September 28. The Canadian singer, songwriter, and record producer brings his newest album to the Hungarian capital on Heroes’ Square. He rose to fame in Canada and the United States with his 1983 album Cuts Like a Knife and turned into a global star with his 1984 album Reckless, which produced some of his best-known songs, including “Run to You,” “Summer of ’69,” and his first number one, “Heaven.” Along with these classic songs, Adams will sing some of his newest creations as well on Heroes’ Square.

And the most important thing: the concert is free of charge.

While you walk around the city, we are sure that you share the sights you see on your social media platforms, especially on Instagram. Budapest is definitely a beautiful and unique city in every season, but during autumn, it is even more special. After taking photos of the most famous sights of the city dressed in autumn colours, it is also a great idea to take a hike in Hűvösvölgy, Normafa, or Széchenyi Hill where you can enjoy nature and take breathtaking photos.

For more information about the most Instagrammable autumn places, CLICK HERE

4. Have a warm drink after wandering around

Spending hours in Budapest and enjoying its sights takes a whole day and can be really tiring. While during the summer, we crave something cold like lemonade or an ice-cream, during autumn, we prefer something warm. There are endless options you can choose from: from the most famous big confectioneries and cafés like Gerbaud and Ruszwurm to the hidden, small, and special places deep in the city. Apart from having a nice coffee or tea, it is also advisable to try some of the most delicious Hungarian delicacies, like the Dobos Cake, Rigó Jancsi, Rákóczi Cake, or some zserbó.

Füvészkert is not a popular destination for tourists visiting Budapest, but it is definitely something you should try out. The special garden is located on Illés Street, District 8, welcoming visitors since 1847. The garden got hugely famous after Hungarian writer Ferenc Molnár released his most famous novel, The Paul Street Boys, in 1906. One of the most famous scenes of the book actually takes place in the garden, and many would like to see the scene with their own eyes. The garden features unique trees, plants, flowers, and some historical monuments as well.

Between October 11 and 13, the City Park of Budapest will be covered with chimney cakes. More than 30 stands will offer visitors a delicious experience with many types of cakes. Apart from classic flavours, organisers promise extreme-flavoured chimney cakes as well, but they do not reveal them until the actual event. In places where Hungarian is spoken, the chimney cake (kürtős kalács) is a Szekler, Transylvanian, and Hungarian dessert at the same time. Its origin has been a contentious topic for many years, and several legends can be connected to its story. Chimney cakes are characterised by an unmatched smell and aroma and divinely sweet flavours.

Did you know that this Hungarian is even famous in India? CLICK HERE

7. Listen to the sound of deers

For those who love animals and would like to get rid of the noisy city for a few hours, the Pilisi Forest in the suburbs of Budapest offers an exciting opportunity. During this time of year, the male species make loud roars and sounds to attract the females. This special “forest concert” usually starts at the end of August and lasts until the end of October. 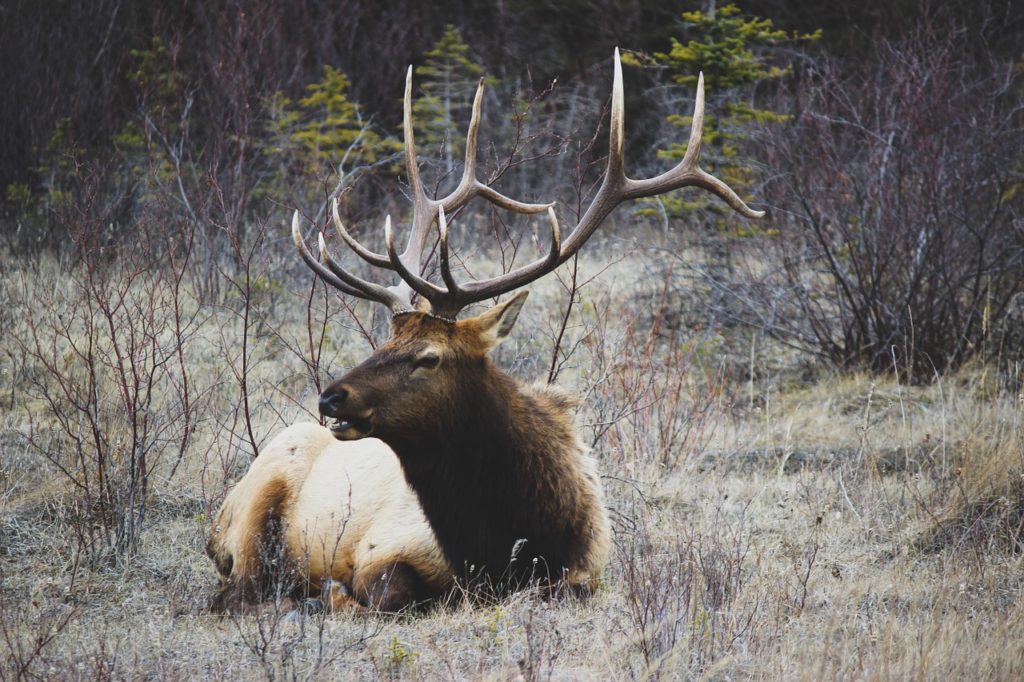 8. Discover wildlife in the evening

The Budakeszi Wildlife Park offers green adventures 20 minutes from the city centre. With more than 50 species, a petting zoo, an adventure park, playgrounds, and various daily programs, the park provides a unique experience for nature-lovers. In September and October, the park organises evening trips every Friday, when visitors can see and learn about magnificent animals.

9. Take part in the commemoration of the Hungarian Revolution and Uprising of 1956

On October 23, Hungarians commemorate the 1956 Revolution against Soviet occupation. In Budapest, an official flag-raising ceremony, political speeches, and military events take place on Kossuth Square, while a number of cultural events are held all across the world with Hungarian communities. The House of Terror Museum and the Parliament offer free admission to visitors all day, and nostalgic trams serve across the city.

10. Enjoy the thermal water of Budapest’s most famous baths

When the weather gets colder, it is an incredibly nice feeling to sit or swim in warm and pleasant thermal water. Apart from the beautiful architecture, which makes them very popular tourist destinations in the capital, thermal baths like Gellért, Széchenyi, and Rudas are definite musts during the autumn season if you would like to relax and recharge in a beautiful historical environment.

10+1 Have some excitement at football games

The Hungarian team Fradi finally got the official schedule for the European League games starting against the Russian team. The Hungarian games are held on October 3 and November 28, both in Groupama Arena in the Hungarian capital.