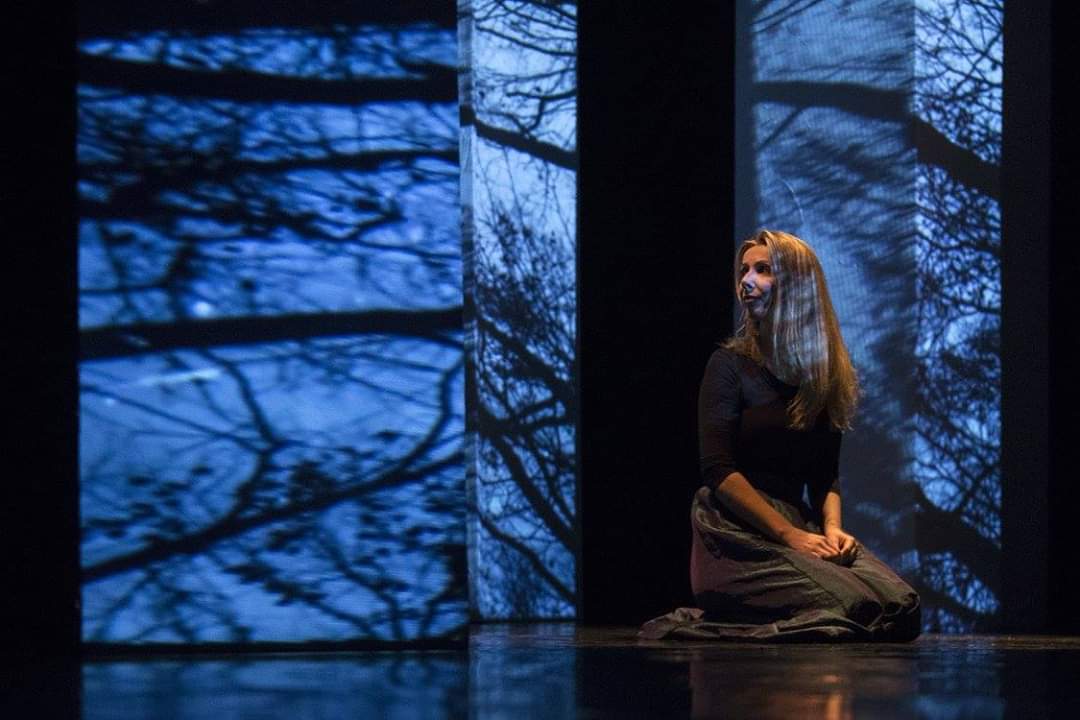 In 2017 a Croatian actress and director, Čarna Kršul started Asterion Project, a multicultural Theatre group based in Budapest, with regular Theatre performances in English.

Their first premiere was House of Asterion in Bethlen Téri Theatre, which was a unique mix of prose, poetry, dance, and visual animation, and was performed by actors from Spain, Hungary and Croatia. In the play, Jorge Luis Borges “re”-tells the classic story of the Cretan Minotaur from an alternative perspective.

The second performance that is being presented to a local audience by Asterion Project is the award-winning play Constellations, a two-hander, exploring a love affair between a beekeeper and cosmologist. Also showcased on Broadway and in Los Angeles, nominated for a Tony, the piece by British playwright Nick Payne also played in London’s West End and won the prestigious Evening Standard Theatre Award. Asterion Project’s adaptation of the play was a big success and got invited to perform in various countries.

This summer, it can be seen in the Czech Republic, Croatia, Austria, Serbia, and from September audience in Budapest can also see it on a regular basis in RS9 Theatre.

“After living for the last 19th years as an expat in Hungary, I came to an idea to write a play about how foreigners who are coming from different cultural backgrounds feel living in Budapest, what’s their perspective about Hungarian people, language, customs.

The play is performed by 10 actors from 10 different countries (Poland, India, Izrael, Vietnam, Mexico, USA, Brazil, France, Iran, Hungary). Most Budapest is following different life paths, which like puzzles meet and connect at some point. What are the reasons people move to Budapest? How is to be the only foreigner on your work and even a loud American? Is it possible to learn the Hungarian language? If yes, was it easier before you didn’t understand a word? How is to be married to a Hungarian? You came because of love, or study’s, but you stayed because of Budapest.

And although in Budapest on every corner you can see at least one poster which says “Stop migrants”, still it’s a multicultural city. It’s a magical city that expats can’t resist.

Working on this project was an amazing experience, since every actor in the team came from different background, culture, with different energies, perspectives which produced very interesting, artistic progress.

This play will help Hungarians to understand better expats and another way around. Title of the play has different meanings in a different language, in Hungarian means now, in Croatian means bridge.”

Photography of all photos is Palotai Misi