Third and fourth jabs to come? – This is what Hungarian virologists think

It seems more and more likely that a third and even a fourth jab will be necessary to preserve immunity against the coronavirus due to the concerning epidemic situation in Hungary and all across Europe. Hereby, we reveal what experts think about a possible third or a fourth jab. In addition, we can also learn about a Hungarian company that introduced a bonus system to increase vaccination among workers.

Another wave of coronavirus is raging across Europe. Unfortunately, Hungary is not an exception either where the number of daily infections and deaths caused by SARS-CoV-2 is continuously increasing.

According to the chief infectious disease specialist of the South Pest Central Hospital, János Szlávik, we cannot expect the epidemic situation to improve in the next two weeks. The expert has revealed that their intensive care unit is full, and 80-90% of the coronavirus patients treated there are unvaccinated. As the Hungarian news portal hvg.hu reports, this is one of the reasons why the virologist highlights the importance of vaccination. In addition, after receiving the first two jabs, one’s immunity might decrease by the passage of time.

Therefore, the central hospital tries to encourage people to take the third dose of the vaccine as well.

According to the expert, the necessity of a fourth jab may be discussed soon as it is possible that the population will have to vaccinate itself at certain intervals. This would enable the immune system to get refreshed every 4-6 months as well as it would provide protection against newer variants.

This is underpinned by a virologist from the University of Pécs. According to Ferenc Jakab, “the virus is certain to stay with us and the pathogen will be incorporated into the palette of upper respiratory infections.” The expert suggests that people check their antibody levels after the third jab. He also highlights that contrary to popular belief, excess level of antibodies does not exist. In addition, the lack of antibodies is not an issue either as the immune system defends itself on multiple fronts. Even if our antibody levels are low, the cellular immune response may work well against the virus.

The infectious disease specialist has pointed out that after six months, the effectiveness of vaccinations is reduced by 40%.

This also means that if the first jab was received more than half a year ago, the body’s susceptibility to coronavirus is almost equal to that of those who have not been vaccinated. Therefore, the third jab is also important because it can stimulate the immune system even after half a year. The expert has also pointed out that 85-89% of patients in need of hospital care are unvaccinated – reported the Hungarian news portal Világgazdaság. It is important to highlight that inoculated people can also get the infection; however, they can get through the disease with less serious symptoms and health consequences. On the other hand, unvaccinated people are more likely to face severe symptoms if they get infected.

As we previously reported, some Hungarian employers made vaccination against COVID-19 mandatory for their workers. While several companies are still negotiating on the issue, the Hungarian Pannonia Bio company has come up with an incentive program to increase vaccination among workers. Accordingly,

the company has introduced a bonus scheme for vaccinated employees from 15th November and also makes inoculation mandatory for all workers (except employees with medical exemption).

Workers who have previously taken the two vaccinations can receive a net bonus of EUR 972 (~HUF 360,000) for taking the third jab. This also applies to those individuals who have already received the jab or plan to take the third dose by 1st January as well as to those who will take it as soon as possible after the recommended time. The maximum amount of the bonus available is EUR 972 (~HUF 360,000) net. The received jabs must be proved by vaccination certificate. Workers who do not take the vaccine by 1st January will be sent on unpaid leave. The company pointed out that its aim is to make the workplace as safe as possible. 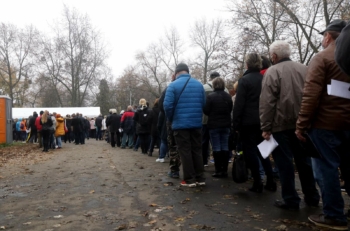